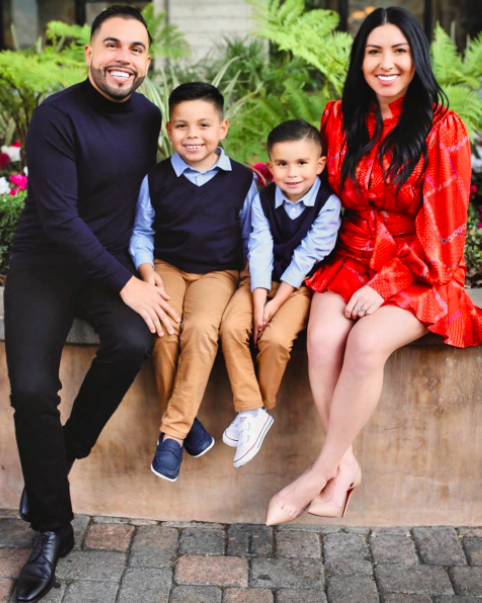 Success never came easy to Mario Arrizon. Growing up in the tough community of Pacoima, California, he didn’t have many hopeful prospects of entrepreneurship while growing up. Fast forward to the present day, however, and Mario is now the 29-year-old owner of his own successful family business, connecting thousands of entrepreneurs across the country. Through Arrizon Hierarchy, he hopes to share his experience building a successful business and brand with the next generation of entrepreneurs. Mario’s road to success has left him well-equipped to speak on the subjects of impact and wealth. At just 29 years old, he and his wife Franny became the youngest million dollar earners in the 40+ year history of their company. The power-couple worked in tandem to grow their business among diverse families in the United States, all while raising a family of their own. Together, they now run the Arrizon Hierarchy, a family-owned enterprise that allows them to share their hard-fought lessons with the next generation of upcoming entrepreneurs and leaders. As one of the top salesmen, Mario expanded the company’s reach with others along his side, bringing much-needed financial security to hundreds of thousands of individuals and families. The company now covers over half a million families in the United States and was recently added to the Forbes 1000 list. Mario now looks to help other entrepreneurs build their own careers in their industry and within their own companies by sharing his experiences and lessons with them. He does this both through regular speaking tours and through social media, where the Arrizon Hierarchy commands an influential presence. Whether speaking in front of a crowd or running his own businesses, Mario is able to draw on his tough upbringing for both inspiration and drive. The son of a young single mother, Mario knew from an early age what it was like to fight for his future. Even when he landed his first job in finance, Mario struggled to compete: Yet Mario learned early on in life how to turn these disadvantages into the motivation for his insane work ethic and success he would achieve later in life. In the beginning of his career, Mario had to prove not only to his clients, but also to his family that he had the skills and drive to get the job done. Oftentimes, family members would dismiss his passion as craziness or an unhealthy obsession, but Mario knew that only through non-stop involvement with his career would he finally be able to not only prove himself, but also get ahead. By now, Mario is able to look back on this period of his life and attribute it to his journey on his road to success. Nevertheless, the impact it had on him has lasted up until today. You can see and hear his enthusiasm for success through his speeches, though his business, and even through his posts on Instagram. Mario’s drive and passion for personal success are only eclipsed by his motivation to help others along the way. He can now look back and say honestly that he has helped not only himself, but also his family, wife, and countless other leaders achieve their own potential in the process. You can find Mario Arrizon on Instagram, Twitter, and LinkedIn.
Related Topics:Arrizon HierarchyMario Arrizon
Up Next

Maurice Bowman Owns Seven Businesses: Find Out How He Manages Them While Being a Father