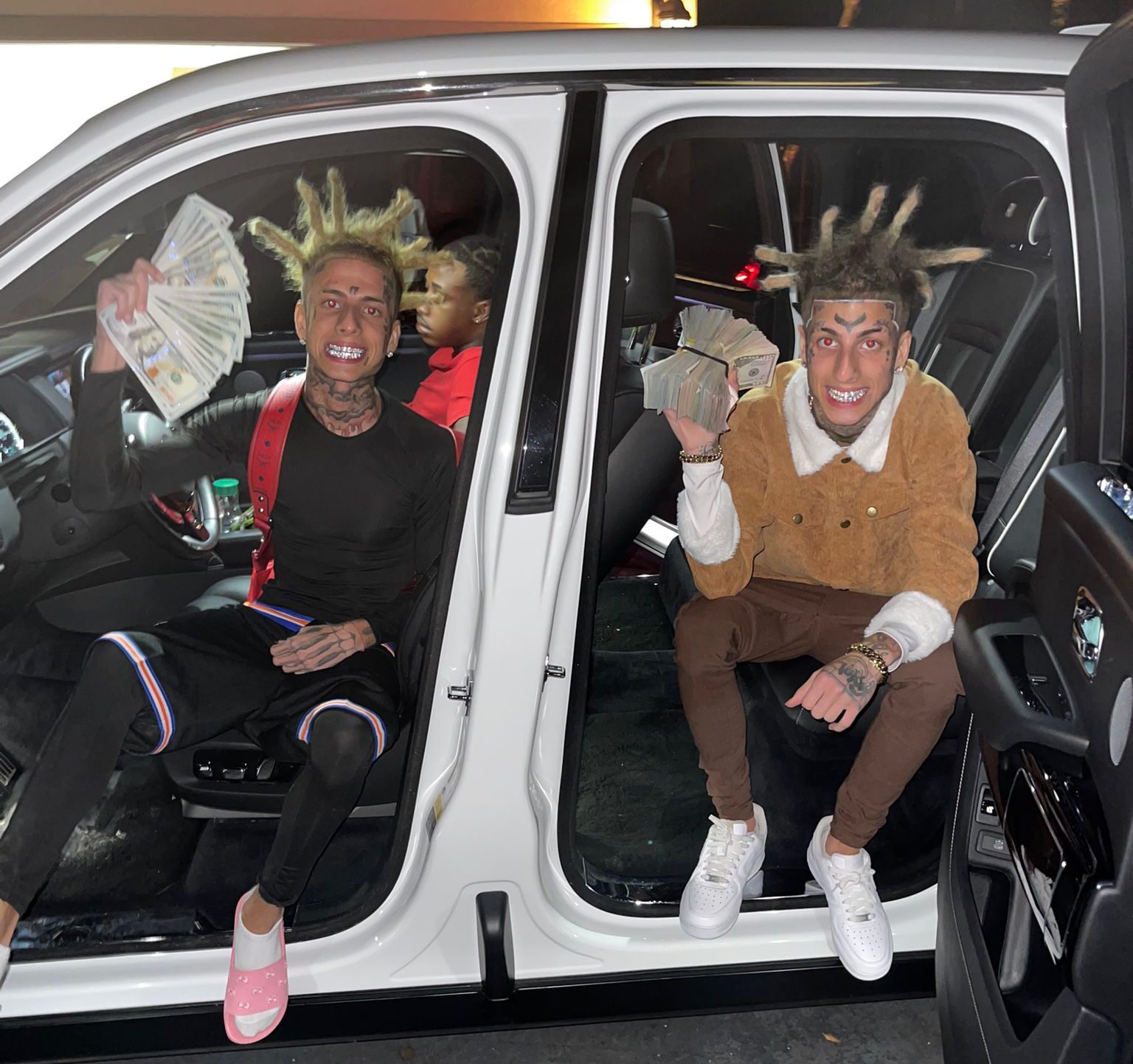 In the past few months, you’ve more than likely stumbled across “The Island Boys” (Kodiyakredd and Flyysoulja) in your TikTok feed. But who are these Island Boys and how have they become so popular?

It All Started in a South Florida Pool The Island Boys

Meet The Island Boys Twins Franky and Alex Venegas (known on TikTok as The Island Boys: Kodiyakredd and Flyysoulja) first came on the scene in 2021 with a TikTok freestyle song in which they repeatedly state that they are “island boys”.

The brothers grew up in South Florida, but are of Cuban ancestry, hence the reference to them being “island boys”.

Franky and Alex did not have an easy childhood. After their father passed away in 2005, when the boys were just 14 years old, their mother had to raise them on her own. However, the twins frequently got into trouble with the police and as soon as they turned 18, their mom had no choice but to give them the boot.

Now that they were out on their own, they had to find a way to earn a living. Luckily, they found their calling through rap music.

Making Their Way with Music

As of November of 2021, The Island Boys have amassed a TikTok following of nearly 3 million fans. Furthermore, they have over 30,000 subscribers on YouTube and almost 740,000 followers on Instagram.

They’ve been able to leverage this following into a music career, generating over $100,000 since they went viral. When asked about their future plans, Alex had the following to say: “I’m not currently signed to no label. I’m independent and so far, I’m doing pretty good when it comes to the money. I feel like labels just take my money and I’m doing pretty good right now, I got racks.”

Kodak Black, another famous rapper, has reached out to the brothers about signing with his record label. As of now, they seem to be hesitant to give up their independent status.

It seems that they have been willing to forge some partnerships, however. They recently signed with manager Dovi Blazer aka “Pokerthejew”.

The Personal Lives of the Island Boys

Despite their recent popularity, not much is known about Franky and Alex’s personal lives.

They both seem to be in relationships: Alex with a woman who goes by @toxiicfaiiry on Instagram and Franky with a woman known as @itsmontiibabii online.

Beyond the scarce details they’ve posted about their relationships, the boys have done a few Q&A sessions on TikTok, which helped us get to know a little bit more about them.

Alex has a tattoo that prominently displays the number “17”. The significance of this tattoo, according to Alex, is that 17 is his “Angel Number”. He elaborated: “It means I’m in a good divine purpose in life, I am in the right path as we speak right now.”

From Franky, we’ve learned that they are not identical twins, but rather fraternal. Franky said that he was born just a few minutes before Alex, making Franky the slightly older brother.

The music duo is so young, the sky is truly the limit for their career. Who knows what hit songs they may produce next? We should all be ready for them to drop the next one!

To keep up on the Island Boys visit their official instagram pages: @Kodiyakredd and @Flyysoulja

Humans and Tech: The Key to Stopping Cybercrime

How Natasha Marc Is Breaking Barriers And Becoming A Household Name