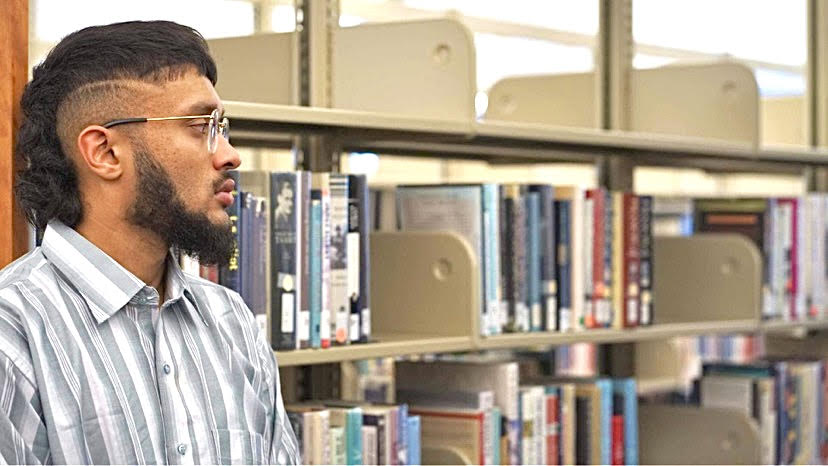 From an idea with his brothers 4 years ago, to a movement now flourishing on social media, Mobeen Mian thinks collaboration and partnership is the main concept to growing any start up brand or small business. Aspiring to do the same, he is a graduate with a business administration degree, now a graduate student, Mian launched his own media production line, #FOCUSEDDD in July of 2017.

Mobeen Mian himself was born in Detroit, Michigan, on May 21st, 1996. And moved to Dallas, Texas when he was eight years old.

Looking at the spectrum across small businesses and start-ups, Mian was asked about what collaboration means to him, Mobeen Mian answered with a simpler answer than expected. And that was investing. With over 100,000 followers across his social media platforms, he described that people should invest in one another’s dreams. Whether it is time, money, or just support. And that businesses build and grow off each other with those factors. Understanding future goals of one another is the key for development. The triple D’s in his brand #Focuseddd represents the desire, dedication, and devotion needed to achieve any goal in our way we want to accomplish. Mobeen Mian said the brand promotes, supports, and markets the positive and visionary content via photography, videography, customized clothing, event planning, and social media and analytical marketing.

To another question about the type of collaborations he has had specifically, Mian explains his brand aims to inspire all, but the target audience for collaboration are artists, athletes, politicians, business owners, nonprofit organizations , as well as musicians. As an avid Muslim himself, Mian encourages diversity within all cultures and backgrounds.

Some notable projects he has had with public figures include producing the documentary for Dr Ricco Wright of the Black Wall Street in Tulsa, Oklahoma during the Black Lives Matter Protest in 2020, as well as while Dr Wright’s political race in Tulsa. as well as making customized clothing for international professional fighter Ali Al-Qaisi on his UFC debut. Some notable community events that have taken place with Mobeen Mian and his #FOCUSEDDD collaborations have been in the Historic Downtown Carrollton, Texas, as the “Evening to Give Back”, with a three-hour musical and art showcase event, collecting more than 300 canned food items from the community, partnering with recognized event planners, K. Alyse LLC. Those canned goods were then donated to Metrocrest Services. The event followed a second one the following year. Also the media team help promote the Dallas Open Mic, largest showcase in the city of Dallas, every Tuesday which showcases artists across the nation who attend and perform. Charlie Rihoo is the founder of the Dallas Open Mic.

Challenge’s entrepreneurs faced during 2020 were rough due to the pandemic and certain precautions that were mandated at the state and federal level. Including social gatherings to network, and contact meeting with others were limited. But businesses have thrived over social media, and for Mobeen Mian understanding that, and getting out of the comfort zone, was the biggest challenge. Creating #FOCUSEDDD as a motivational movement, Mobeen said he loves to collaborate with positive people, and his collaborations always help him improve for the better. He said the collaboration with quality environments and people can take us further, and that way we can be more strategic with our decisions.

While others promote their success through their own personal social media accounts, the brand #FOCUSEDDD promotes the stories of others within its own brand, and strictly positive content. And in 2021, the #FOCUSEDDD media team went on a multi-state promotional tour.

When asked how his brand collaborates with others consistently, Mobeen Mian replied that his brand #FOCUSEDDD is focused mainly on being the inspiration for others to also stay positive in what they talk about. With interviews, documentation, and branding, all being a factor.

Mobeen Mian is an American Entrepreneur, analytics ambassador, investor, and graduate student, who currently runs a multimedia brand.  He is a brand consultant who specializes in social media marketing, photography, videography, and customized clothing for small and large businesses. Mian founded and currently runs an international multimedia firm, #Focuseddd, that focuses on branding, and producing startup projects for artists, entrepreneurs, small and large businesses.

Mobeen Mian is currently a graduate form the University of North Texas with his bachelor’s in Business Administration. He also owns his Master’s in Organizational Leadership and is ongoing applications for a PhD degree.

Related Topics:Mobeen Mian
Up Next

$pacely Cements His Spot As Trap Royalty With “Keanu”, his much Anticipated Sophomore EP