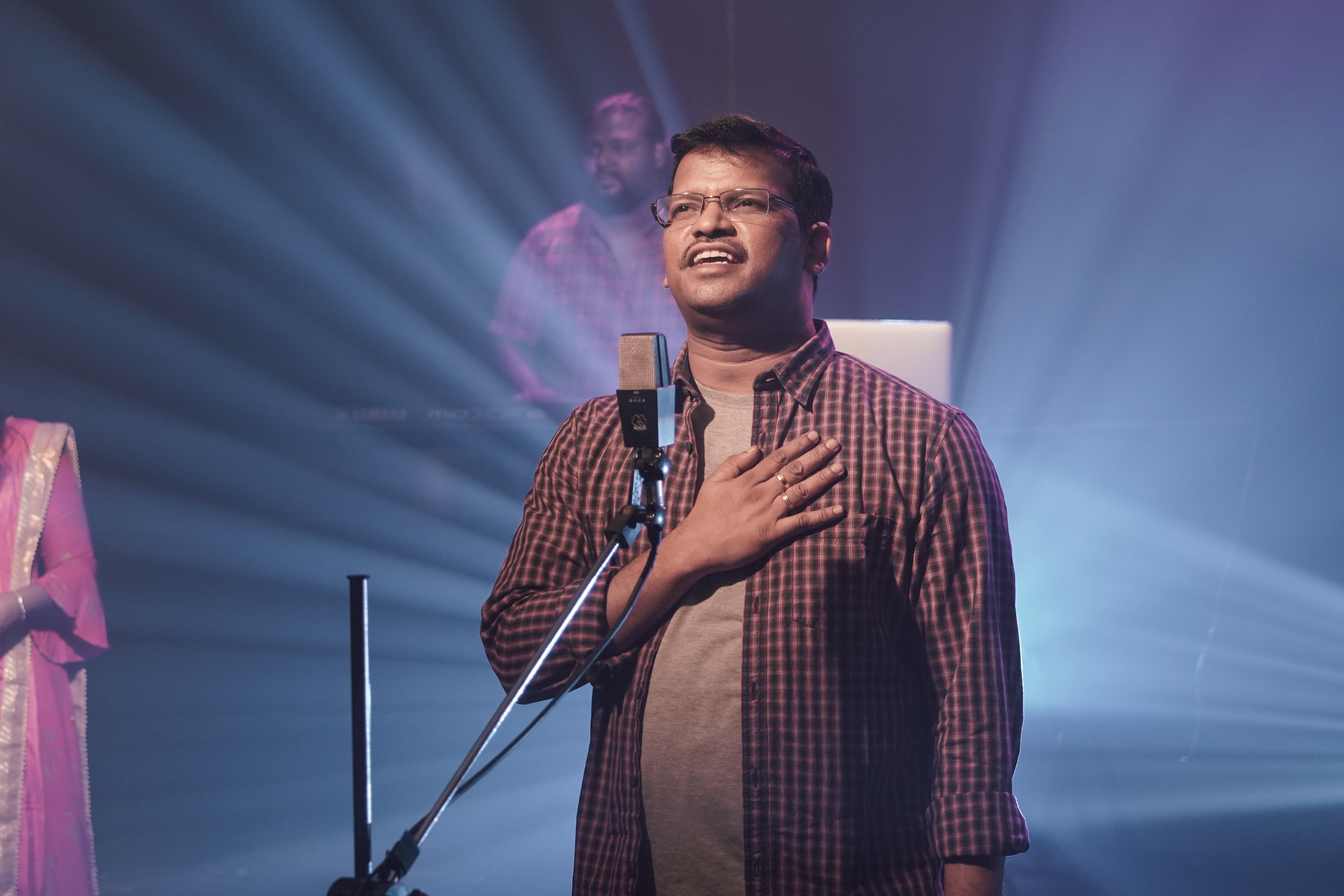 Mohan Chinnasamy is a singer, musician and songwriter who hails from Chennai. As a songwriter, singer and music producer he collaborated with various artists and other music producers to produce Independent Music album called “From The Dust “. He had an interest in music from his childhood but due to lack of opportunities to learn formal music education, he couldn’t study music as formal course during school days but, the passion and an irresistable thirst on music never stopped him to pursue his goal.

He started to build an online music community with his social media presence on YouTube, Twitter, Instagram and Facebook. Since then, He garnered a large following and has been featured in more than 120 international music media outlets such Apple itunes, Spotify, YouTube music, Jiosaavn, Amazon music, Shazam, Hungama etc. .

Mohan chinnasamy has benefited society in more than one ways. He has also managed to achieve what most of the people only think of in short span of 3 years of time . Below listed are some of the accomplishments . He has been named among the top 50 musical artist in Gospel music industry in Chennai. He has been recognised and bestowed with “Certificate of commitment “ Award from World book of Records (WBR), Switzerland in 2021.

Further. He got awarded as “best singer” in singing competition held on 75th independence day celebration organised from office of commissioner of GST and central excise , Central Board of Indirect tax and Customs (CBIC), Department of finance, Government of India.

At present, He is actively pursuing Hindustani Classical music from Shri Kuldeep Sagar from Alaap music academy, Chennai and Classical Carnatic music from Shri T. L. Thiagarajan , son of veteran Play back singer Shri Trichy Loganathan ,who was the first play back singer in Tamil film industry he has been a contributing to the society by impacting the lives of people with the strong message of self confidence ,optimistic thinking, motivational content through the songs and music which attracted thousands of followers across different social platforms.

Many of his original songs such as “Neer Sonnal Ellam Aagum” and “Udaintha Paathiram” went viral and which crossed more than 1.5 Million+ views in YouTube, and all his songs from his album fetched more than lakhs of views in YouTube, in which more than 25,000+ people are subscribed him to watch all the songs.

Going forward, Mohan Chinnasamy is willing soul to encourage and empower many people through his lyrics and songs of various genre which resulting many admiring testimonials. Currently, Mohan Chinnasamy is working on to release 5 of his upcoming new projects based on “Carnatic Raagas” . Further, He is producing two singles with ‘Bharathiyar’s original poem and ‘Namakkal Kavignar’ Ramalingam pillai’s poem as musical songs by collaborating with music composer of his Carnatic music teacher Shri T. L. Thiagarajan.

Mohan shares contents on social awareness, informative stories and motivation. Through his content and guidance he makes sure that he serves as an inspiration to many aspiring young talents in music and song writing. He is actively contribute to groom new singers by sharing his experiences and resources and also by presiding over as judge in various music festivals and programmes.

Change Your Life, Follow the Ideologies of Mr. Munish Maya

Banker To an Author the journey of Ramesh Arreja