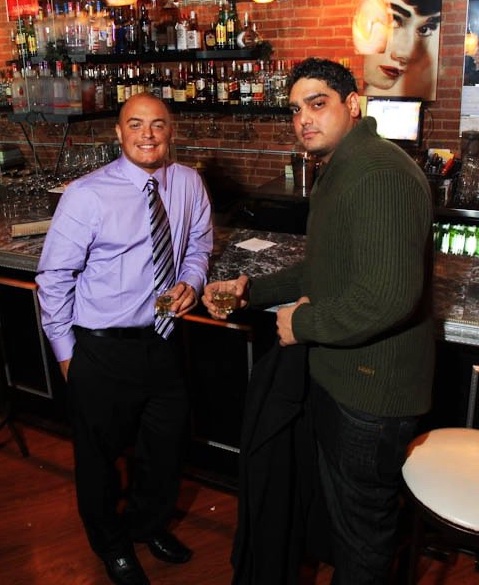 At 19, Brett McClafferty – or “Mac” as he is known – was a rising star in Ohio politics. Within years of graduating high school, he was serving as a City Commissioner in his hometown before becoming a Special Assistant to the Mayor of one of the Buckeye State’s largest cities. By the time he was 23, he was the Democratic Party’s nominee for Mayor of a midsized Ohio city himself. McClafferty lost that election by a narrow margin and entered the world of private enterprise.

“I had tremendous political potential” shrugs the silver-tongued McClafferty, now 32. “But there is no nobility in poverty anymore.”

Looking for an industry with high profit margins and minimal barriers to entry, McClafferty found “storm chasing” — the practice of going into areas impacted by storms and contracting with homeowners and their insurance carriers to repair property damage often caused by large hail stones or heavy winds. In 2014, McClafferty’s two-year-old Mac Contracting operation specialized in pushing dicey insurance claims on gullible insurance adjusters. And, while this was a far different “public service” than what McClafferty was accustom to in government, the concept was far more lucrative. McClafferty’s firm contracted with homeowners impacted by severe weather to the tune of $12 million from 2012 to 2015. The firm boasted profit margins of nearly 40%, and McClafferty, who owned 100% of Mac Contracting’s equity, may have personally made close to $5 million during Mac Contracting’s brief existence.

McClafferty’s clients, on the other hand, didn’t always share in his company’s prosperity. In 2015, Mac Contracting had logged over 100 consumer complaints with the Ohio Attorney General’s Office from customers who complained that the company would often take months, and sometimes years, to finish the repairs they were paid to perform. These complaints triggered a lawsuit against the company by Ohio’s then-Attorney General Mike DeWine, ultimately shuttering the operation permanently. McClafferty’s larger problem was that his mishandling of Ohio consumers had spawned an intense criminal investigation spearheaded by Ohio’s Bureau of Criminal Investigation (BCI)— and it wasn’t going away.

Immediately following the jurisprudential demise of Mac Contracting, McClafferty used his newfound wealth to partner in the construction of America’s first self-sustaining Bitcoin “farm,” located on the outskirts of Phoenix, Arizona. This solar-powered modular home became a money minting facility in no time — “mining” nearly 2,000 Bitcoins in 2015 at an average value of $225 per coin.

“I loved the concept of Bitcoin from the moment it was explained to me” says McClafferty. “I saw it as a frontier for a potential modern day gold rush.”

McClafferty’s mounting legal problems concerned his Russian partners, who already did not agree with McClafferty’s vision for the operation. McClafferty believed that the mined Bitcoins would appreciate in value, and that the best course of action was to do nothing. The Russians believed Bitcoin to be a bubble that would inevitably pop and were adamant that the group sell-off their coins while the getting was good.

After one cocaine filled night in Miami Beach, where McClafferty may or may not have been dangled off the side of a yacht by his Russian cohorts, the group reached parting terms. McClafferty walked away with 500 Bitcoins — the Russians, 1,500.

In September of 2017 McClafferty’s legal troubles came to a head when he was indicted in the State of Ohio on 58 counts across several Ohio counties. The most severe charge McClafferty faced was one count of “Engaging in a Pattern of Corrupt Activity” — Ohio’s version of R.I.C.O. The State’s R.I.C.O. equivalent carried an 11-year potential prison sentence by itself. In total, McClafferty faced 139 years in prison. He was held in jail without bond while he awaited trial.

For his legal defense, McClafferty assembled an impressive team of skilled attorneys. The
odd-attorney-out was a very young attorney with little experience in defending felony charges. This attorney, however, brought something else to the table.

“I had a very close friend who had gotten disbarred from the practice of law two or three years prior to my indictment, and you could say we were quasi-partners in some cryptocurrency activity. Well, he had a cousin who was fresh out of law school who made the perfect conduit between me and my guy while I was in jail” describes McClafferty. “Because this young attorney was licensed, we could meet in absolute privacy at the jail, and I could give him instructions to relay to his cousin. I’m talking usernames, passwords, Bitcoin wallet recovery phrases, whatever. This was his only role.”

This conduit proved invaluable, when in late 2017 Bitcoin’s price skyrocketed to over $19,000 per coin, valuing McClafferty’s holdings of the cryptocurrency at over $9 million.

“I remember one day Bitcoin took a shit of about $1,500 per coin over the course of a single hour” claims McClafferty. “You got guys in jail getting shanked over a Little Debbie wagered at the poker table, and meanwhile, I’m lying in my jail cell knowing that I just took a million-dollar haircut. The juxtaposition was bizarre.”

McClafferty refuses to confirm a specific quantity of Bitcoin that he liquidated while he was in jail, nor will he divulge a liquidation price. He simply states that, “the conduit served its purpose.”

McClafferty went to trial in early March of 2018 and was convicted on 8 of the 58 total counts — he was sentenced to a little under 3 years in prison. While in prison, the value of Bitcoin reached an all-time high of over $30,000 per coin.

On December 23, 2020 the Ohio Court of Appeals vacated the judgment entries of McClafferty’s trial court, and he was immediately released from prison.

When asked what he intended to do following his release from prison, McClafferty replied, “I intend to move to the U.S. Virgin Islands, open a family office, buy a catamaran, and sail. That’s it. No plans beyond that.”

As to what McClafferty intends to name his boat, he will coyly tell you, “The Secret Indictment, of course.”