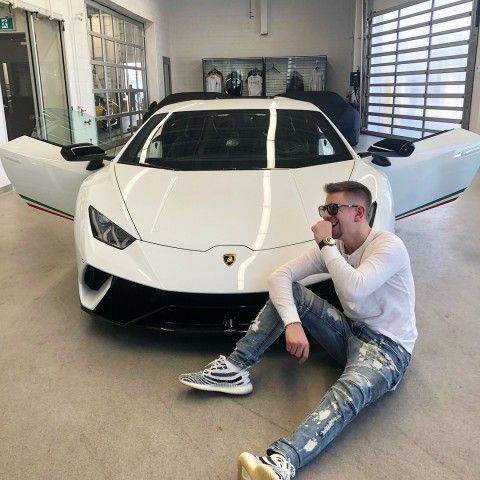 From humble beginnings to building a thriving trading career and diversifying into other businesses- Nenad continues to conquer every industry he sets his eyes on. A serial entrepreneur, angel investor, philanthropist, trader- he continues to inspire millions and create millionaires in his industry.

Who else do you know that not only has made millions but has helped others become successful? He is also the CEO of Advance Crypto Academy– the #1 Online Platform in North America that has 16,000 members that have access to the most updated information on crypto and forex.

Today we sit down with Neno to discuss how he continues to build an empire and achieve success at the young age of 25:

Neno- thank you for your time, how did this all start?

I had big dreams as a young kid. Immigrating at the age of 2 from Serbia while there was a war during 1992 forced my parents to start life all over again in Canada. While my dad was successful back home, in Canada to make ends meet and provide for the family- he started a Construction and Renovation company servicing ultra-high net worth individuals;

I was amazed by the wealth and the appearance of the homes my dad was working on. During the night time, my mom worked a job to help my father out and ensure we had enough. While helping my dad for free and working at his shop, I began to realize the value of money.

I absolutely hated school- the social circles, the useless gossip- I despised every moment of it. I attended college but I dropped out after 2 months because I was against the traditional education system and I never understood why I should be listening to the professor when he wasn’t rich and didn’t live the lifestyle that I aspired to live. I knew I was destined for more and I took the risk and dropped out.

I googled how to be rich and came across 2 books “Rich Dad Poor Dad” along with “Think and Grow Rich” which taught me the mindset of the wealthy and opened me up to a new world.

I was always a risk-taker. I would rather take a chance and fail vs dying, knowing that I never took a chance. I am not afraid to go homeless while going after my dreams. The saying “You miss 100% of the shots you never take” is real. I am willing to die for my dreams.

How did you get into trading?

I got a full-time job in the sales and finance department in a head office of a company in Oakville selling products like computers, home furniture, and other things. The goal for me was to work and save my own money but I was starting to realize that it was difficult to do so because of my income=my expenses. I needed another way out.

“On my way to success, I always asked myself the difference between the richest man in America and the poorest man. I realized it was a fine line of knowing information followed by application. Warren Buffett knows the art of making money and applies it. He may not have the highest IQ but knowing how to apply information and knowledge has made him billions”

I made the company I was working for $2.2 million in 2 years but my salary was about $50,000 after taxes which led me to the realization of 2 things:

“THERE WAS A TIME DURING THIS PROCESS- I REMEMBER 1 DAY WALKING INTO MY CAR AND IT FELT LIKE I HAD 1000 POUNDS ON MY SHOULDER, I WAS ABSOLUTELY DEPRESSED AND NEEDED A WAY OUT”

A friend introduced me to an MLM opportunity and I learned about the power of residual income and using other people to leverage time. The concept of working ½ the time and make more money if not equivalent to my job excited me. After not being as successful I later joined another company and started earning $1000/month but started becoming stagnant in the process.

On Instagram, I saw an individual that had the lifestyle- nice watches and I messaged him asking “What do you do ?” He met me at a mall and he showed me the power of Forex and how he made $75,000 in 3 days, I was floored and couldn’t believe it.

It was not easy to trade and I didn’t succeed for the first 3 years and had some personal problems which led me to take a break after. After starting a landscaping and shisha lounge which wasn’t fun to run- I decided to figure this forex thing out and had an epiphany. Something clicked, and I started making profits with my first big month being $12,000.

At 19, I told myself that by 23 I needed to have $1M and a supercar. One week before my 23rd birthday- I had a gold Lamborghini and $1M. For me, it was either I get rich or die trying in the process- there was no other option.

How did you get involved in Bitcoin?

In early 2017, I needed to diversify my money and a couple of people approached me asking about BTC. I decided to research the tech behind this and understand the application even further. I was introduced to one of my friend’s partners who flipped a $6,000 account to $32M. I made $1M in 9 months and I introduced my friends to it and they made money in crypto to.

I later launched Advance Crypto Academy due to the popular demand from the results my clients received. In addition- people wanted to know how I achieved success and I am very transparent with my trades. If you go on my Instagram stories- you will see tonnes of results and testimonials of people that succeed with my trades.

How do you want people to remember you?

I want those close to me to have memories of the good times they spent with me- the times I made them smile and laugh. In addition, I want to make every person around me a better person and create that spark of inspiration in others to go and follow their dreams.

You have a dream? Go out and make it happen.