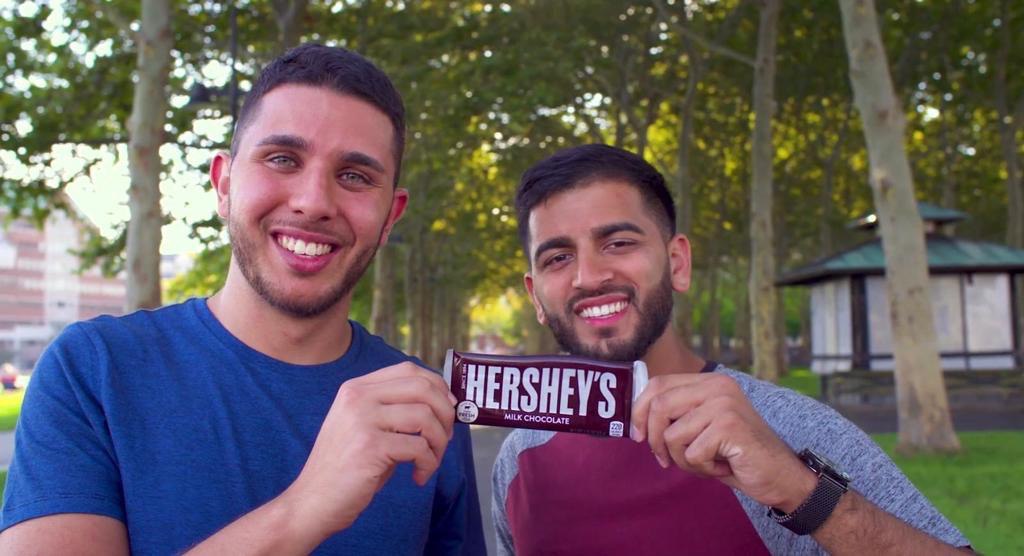 The Muslim Entertainment industry has become more dominant for the past few years with the rise of different online Muslim personalities such as Fly With Haifa, Nas Daily Nuseir Yassin, Adam Saleh, Fouseytube, and many more. Mustafa Hussain is one of the rising stars in the Muslim YouTube community. Mustafa is a 24-year-old Muslim YouTuber currently having 108,000 subscribers, and 600,000+ followers across different platforms such as Twitter, Facebook and Instagram. After his “Making Strangers Smile” video with tens of millions of views online, he became viral, leading to a collaboration with Hershey’s. Amidst all the recognition, how is he able to handle his online presence and continue rising to success?

The first thing he had to think about before setting up his YouTube channel is considering what kind of content he wants to focus on. You have to stick to one niche when starting a channel so your audience can know what you offer and build an identity. As for Mustafa, it was from a simple thought of making strangers happy and filming their reactions subtly to capture their genuine reactions.

“There’s a lot of hatred going on in the world. You don’t really see too many positive videos.” Mustafa said in an interview as one of the reasons that pushed him to pursue making positivity videos. He found a necessity of acting as a gap in the online community and made videos to fill it with happiness.

Channeling His Passions to Videos

Since Mustafa has always been passionate about helping his community and doing his best to become a role model in the Muslim community, he channeled his passion into creating videos reflecting his advocacies. He specifically crafted his videos about Muslims doing different acts of kindness through buying meals for strangers and paying for their groceries. It’s always good to understand what you want to do with life so you can pour all your heart out, enjoy the process, and draw people in with the positive energy you emanate.

One of the prominent things to understand nowadays about social media is how the ever-changing algorithms work. This is so you know how to watch out on how your content can interact with your audience. Mustafa familiarized himself with how social media works, staying on top of it in order to continue being able to release uplifting and positive videos. By doing this he has been successfully able to make viral hit after hit.

More than the views and recognition, Mustafa wants to promote creating content with a purpose. His dedication and sincerity to inspire others to be nicer to each other make his videos more genuine. His videos are entertaining, inspiring, and educating in a way that sends a simple message of joy and solidarity through kindness. His quality and purposeful content make him rise above other content creators because he just doesn’t want to entertain, but also brighten peoples’ days. He always pours months of work, sweat, and determination to make his content as good as he can; “Making Strangers Smile” taking a month of filming and editing, for example. Mustafa really steered the wheels of Muslim YouTubers with his uplifting videos, and we only hope that he harvests more of the success that he deserves in the future, for his fellow Muslim people and the whole industry.

Practicing Better Mental, Emotional, and Spiritual Health in the times of the COVID-19 Pandemic: How Danielle Amos Can Help You Achieve a More Relaxed State of Mind to Achieve Your Full Potential