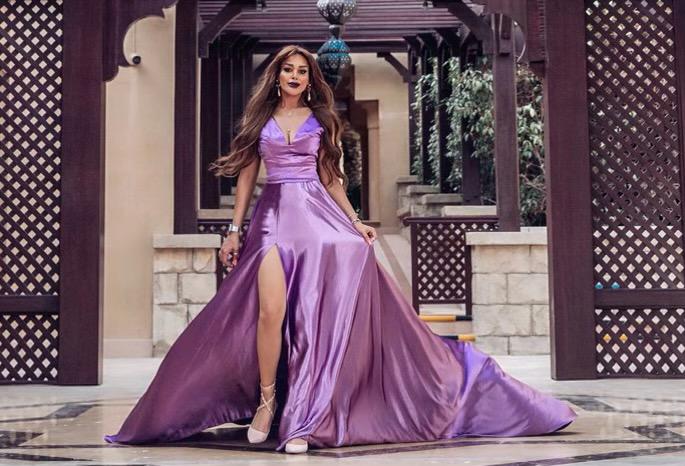 We came across one such creative soul who believed in her visions and thus transformed the same into a beautiful reality; she is Nafas Hussey. This beautiful lady is a rising name in the world of modelling but has been putting every possible effort to make it huge even as a modern art artist with her breathtakingly beautiful paintings.

The closer we look around ourselves, the more we realize how different sectors and fields grow and develop, thriving on the immense hard work and determination of young professionals and artists. The creative and the artistic space is one which is known for producing many such individuals, especially women, who are pushing boundaries and creating waves in their respective niches with their innate skills and abilities as creative souls.

Talking about the pandemic, which has disrupted many industries across the world, Nafas Hussey says that it has not spared the creative, modelling and entertainment fields. In 2019, she was already modelling in Dubai, but soon after the virus’ outbreak, she had to leave the projects she was offered to model in Lebanon and in Dubai for jewellery shops as she couldn’t travel there due to the restrictions and the scare.

“I was already modelling in Dubai in 2019 and was also offered to model in Lebanon and in Dubai for jewellery shops. But, unfortunately, owing to the pandemic, I couldn’t go there,” says Nafas Hussey talking about how she faced hurdles on her path due to these trying times. However, she wants people to know that tough times too end somewhere, and this too shall pass. Gradually, things will have to get back to normal. Till then, she hopes that the industry keeps growing in one way or the other by utilizing and optimizing the digital platforms and creating more awareness about shows and events digitally.

Nafas Hussey was born in 1983 in Lahijan, a small town in Iran, and by the age of 7, she had started learning how to paint. There was a close inclination that she felt towards all things creative and artistic, and hence she studied architecture and graduated. In 2010, she moved to Australia for studying visual arts and then became an Australian citizen. Nafas Hussey today is a known fashion model based in Australia, but the one who has the potential to take over the modelling space all over the world.

Her pure passion for the ramp and for shoots as a model and her hunger to challenge herself in her modelling craft has always helped her become her better version, ultimately thrusting her forward in the industry with her curvy hot ‘bod’ and killer features. This modern-day model believes in walking with the trends of the industry and advises the same to many other budding models who wish to make it huge like her in the industry.

Related Topics:Nafas Hussey
Up Next

Up and Coming Artist Bae Bae Is on Fire These Days.