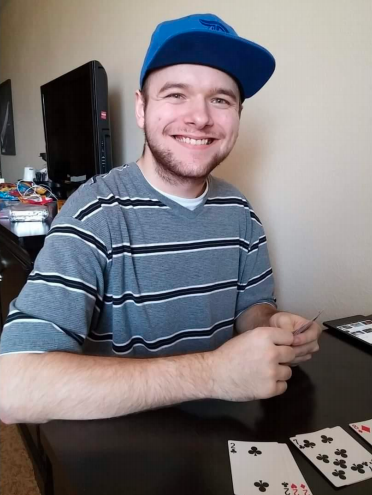 Nathan Miller is a streamer who wants to show the world that you can find your way past any setbacks toward the road to success. Miller, who goes by the name “Reaiming” on most platforms, was able to overcome a drug addictions and ten month jail sentence to now being over three years clean and trying to spread some positivity and show others who might also be in a tough position that they can break out of it. Miller spends most time on stream in first-person shooters, with Apex Legends and the Halo series being the preferred games for him to absolutely tear up lobbies. His most picked legend in Apex, Lifeline, has over 59,000 kills under her belt and he maintains a top 100 spot for the character across all players which is no small feat.

And whilst Miller does stream Halo: The Master Chief Collection fairly regularly, the biggest shift for his content will be when Halo Infinite comes out, when Reaiming plans to stream full time and go competitive in the title. Which is a scary thing for others looking to do the same, because Miller has great aim to knock down the competition in-game. And he has the results to prove it from Apex, where he used to pay the bills by playing in online tournaments when money was tight, leading to his success in content creation and streaming. Previously, Miller used to stream on Mixer where he amassed a community of 5,000 followers, but ended up moving over to Twitch when the company ended up shutting down the site. Either way, Miller does a wonderful job spreading positive messages and giving advice to those in his online community. He also has donation incentives for things such as cracking a few beers for the stream, extending his streaming time, or even a quick “drop it low.” Beyond twitch, Reaming connects with his community on many different platforms, like the over thirty-two thousand Instagram followers he has. And there’s something to appreciate about someone who turned their life around making sure the “kings and queens” of his community get some love every post.

He also has a Discord so everyone has an opportunity to hang out around “Dub City” and maybe even chat with the mayor when he’s there. Reaiming also is a captain and works as management for the growing Morituri eSports team, where he collaborates with others to game, hold tournaments and giveaways and more. Besides streaming, Miller sells Reaiming merchandise that is soon to be back following delays from COVID-19, and has his own investment advice. When asked about it, Miller tries not to recommend certain stocks because he believes that personal decisions are something that people should make based on their own research.

Once in an Instagram post, Miller said “I don’t stream for numbers, I don’t post for followers, I do what I do to, in the end, show everyone that regardless of what situation you’re in, you can succeed.” He truly believes that one’s past does not necessarily determine who they are, and that’s a wonderful message to be spreading to the kings and queens that he wants to come visit his Dub City. The good energy exuded from this young man and towards his community are almost as fitting as the name Reaiming, especially when that young man seems to want himself and those around him to always keep doing their best, applying themselves, and aiming a little higher in life.