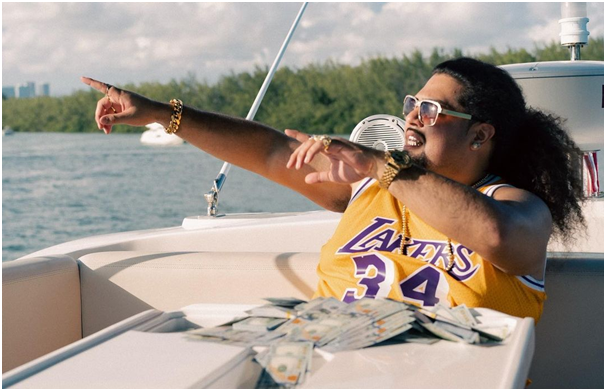 Chitty Chitty Bang Bang is set to release an EP this year. We don’t have many details, but we believe it’s going to be a banger. In Orlando last month, Chitty took the stage with The Future Kingz at Tuner Evo to preview an unreleased single from the EP. RJ Frometa from Vents Magazine reported:

“Chitty Chitty Bang Bang and The Future Kingz shut down stages during Tuner Evo in Orlando. With thousands of car enthusiasts in attendance, Chitty and The Future Kingz were able to excite the crowd. Mr. Fredo performed as the show’s opening act. Mr. Fredo is a Chicago-based lyricist. He is now on tour with Tuner Evo and serves as the opening act for all Tuner Evo events. The Future Kingz graced the stage after Fredo. They wowed the audience with their expert-level improv dancing routines. Later in the show, they started throwing merchandise into the audience. Car aficionados turned concertgoers mobbed the center floor in a humorous attempt to snag the allegedly limited edition gear that TFK was tossing from stage. During the giveaway, TFK invited Chitty Chitty Bang Bang to take the stage and perform an unreleased banger. As he made his way to the center, he chanted, “Hype Man Way Too Hype,” and the crowd leaned in. Chitty Chitty Bang Bang put on a fantastic show for the next fifteen minutes. The crowd was anticipating more when Chitty played his latest tune, but his set had ended.

It looks like Chitty is gearing up to release a banger. Stay posted for more updates about Chitty and future releases.