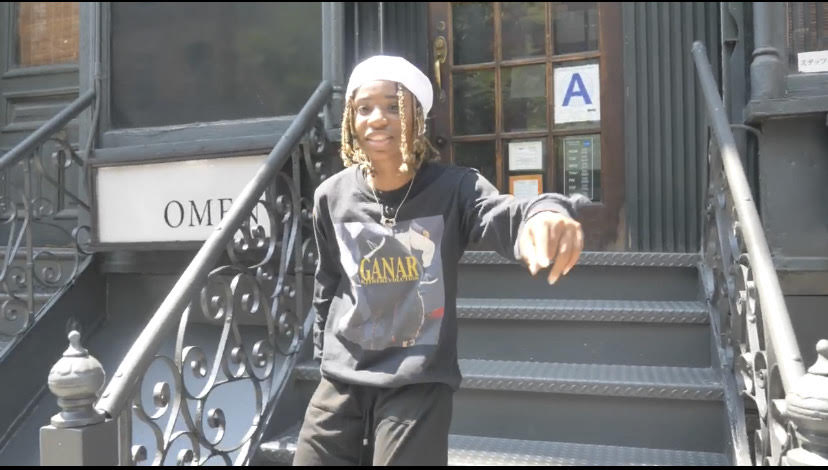 New-York-based lyrical hip-hop artist Kendall Joshua, also known by her stage name “KJTheRevolution”, has seen considerable growth since releasing her album “GANAR”. The 10 track project has been one of Joshua’s most successful releases to date and has enabled the young talent to grow her fanbase to new heights. Through music videos and clever marketing, Joshua has seen radio play and wide acclaim, solidifying herself as an established artist in the New York music scene.

Joshua has been making music from a young age and has made many projects in her lifetime. Now, at the age of 18, Joshua has been a name for herself through her original sounds and impressive lyrical arrangements. With a wide variety of inspiration coming from genres like disco, pop, electronic, and alternative, Joshua’s production on her album “GANAR” brings her listeners a refreshing take on the hip hop sound. Doing all the production on the project, Joshua has been able to craft the sound in just the right way to get the right vibes in all the right places.

The word “GANAR” stood out to Joshua during a high school class where she learned that the word meant “to win”. Joshua recalled her first hearing the word, stating, “I was sitting in Spanish class and while learning about verbs this word was mentioned by the teacher. I decided to write it down because it struck a chord with me for some reason”. Joshua calls her album a “motivational masterpiece”, and was impressed by the album’s performance on major streaming services such as Spotify or Apple Music, securing playlisting spots and seeing tens of thousands of streams come in.

The album’s success was aided by Joshua’s intuitive music video marketing strategy where she gathered people in the area to participate in the video, took down their information, and let them know when the project released. This helped the “GANAR” get a solid start when it dropped and helped the young talent to grow her local following.

One of Joshua’s main focuses in her career is to relate to and inspire “a more woke generation” of youth. To do this, she is using her musical platform to reach thousands of young people who can truly take something good or meaningful away from her artform.

Joshua’s meticulously crafted lyrics address some of the major problems the youth face in today’s world. She touches on subjects like depression and anxiety while also speaking on how today’s youth are handling many worldly issues quite well. Some of Joshua’s songs that reflect this are “Fire X Ice”, “Aamon’s Lane”, and “I Feel Amazing”. The relatability in Joshua’s music has not only enabled her to grow more as an artist, but it has also enabled her to become a role model for many young people around her. Joshua wants to keep inspiring and giving people something they can relate to, and her future projects will likely touch on more challenges and tribulations of life.

Looking at What is to Come

Looking into the future, Joshua has expressed that she will be continuing to build her platform and release music, not only building a career for herself but also creating a platform with which she can connect with and inspire those around her. Expect to see more projects coming from this young talent in the months and years to come.

You can find Kendall Joshua on Instagram here: https://www.instagram.com/kjtherevolution

From A Town In South Africa To Becoming A Global Phenomena: Here Are Little Known Facts About Magician Brendon Peel

Making Sacrifices To Turn His Passion Into A Business: Jesse Paul Smith’s Story