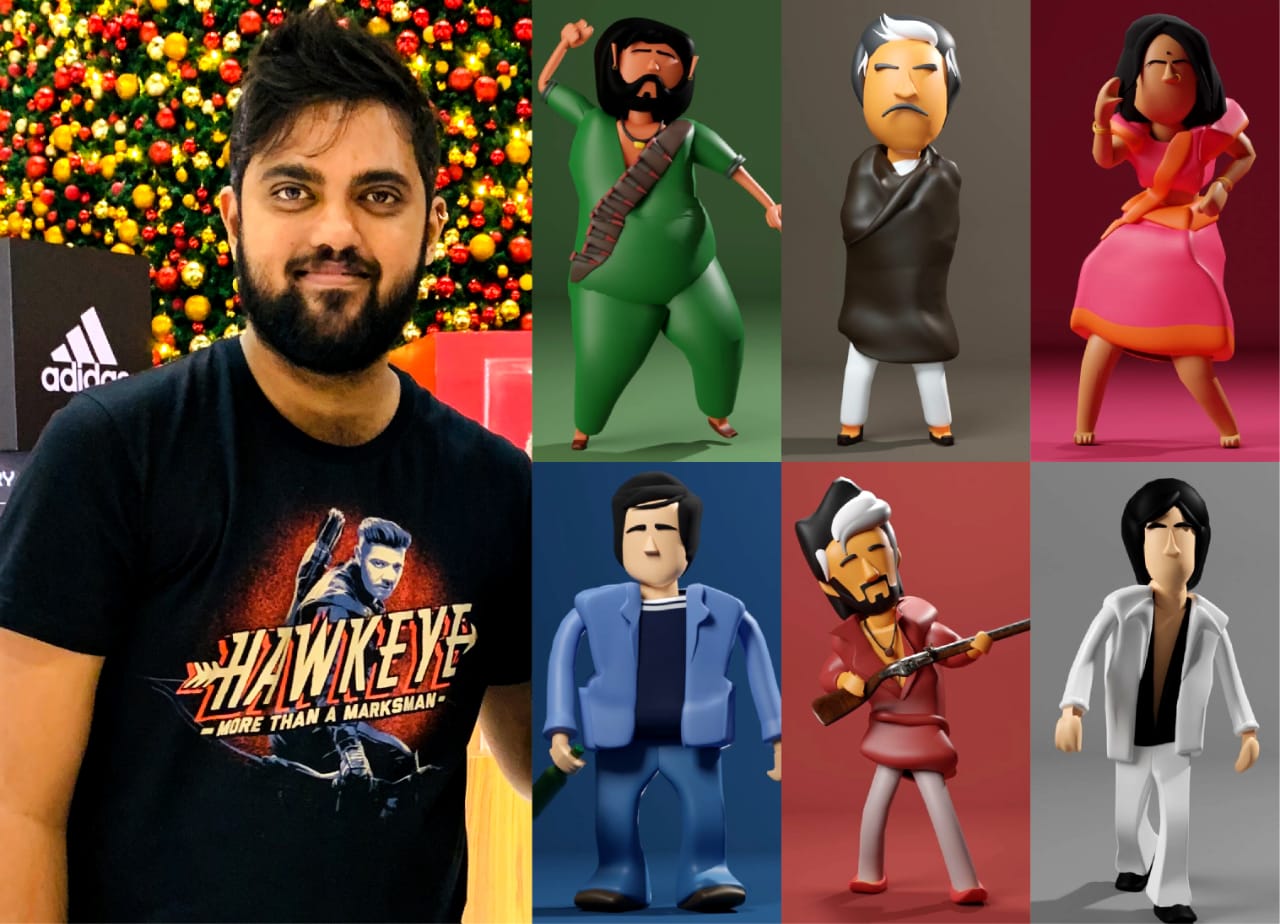 If you are a crypto enthusiast you must be hearing all these new hypes NFT’s, and you wonder what is an NFT. Well NFT stands for Non-fungible token. NFT’s are getting really popular these days because they can be used to represent digital files such as photos, videos and other digital formats. NFT has made some people really famous overnight, just like Ajay who recently got viral by launching his new Sholay themed NFT’s

Ajay purushotham who is just a creative designer based out of Bangalore, never thought that his creative would go so viral and will gain him 10k followers in a very short span of time. He started off his career as a graphic designer but after working for a while in the creative industry he is now working as an art director in an AD agency. “ I have always been fascinated by the fact of creating digital movies and graphics, and I always wanted to make this my profession, and i am really glad that i get to be the one to fulfill this dream by Working in the Ad agency.

He is someone who is always on the path to strive for knowledge. He believes that learning never stops. So, he is now learning about 3D modelling and animation. His introduction to creating these viral NFT’s started when started hearing a lot about NFT’s everywhere from his friends, which made him more curious to know about this furthermore. He has always been a person who likes to get on with the trends. While doing research about NFTs he found out some really crazy stories about NFT millionaires. Which inspired him to create an NFT of his own.

Since he is a proud Malayali, he started his Instagram page called “Ningal Malayalee anno” which means a formal way of a Malayalee talking to another Malayalee and asking “are you a Malayalee” so he thought why not use that word only to his profile name.

He started minting his NFT art of platforms like WazirxNFT which is an Indian platform, Opensea and variable. He is known as @ajnambi on Instagram and @PurushothamAjay on his twitter handles.

A person named Manish whom he met on Instagram really helped him understand NFT (@legendof90s.art), he believes Manish has helped him a lot to understand this platform, how to work on this and all.

Recently Ajay had launched a NFT series collection on the famous iconic movie called Sholay, which was one of the greatest Indian made movies, so his vision was to make the characters look funny, and how they display their role in a funny way. Like how about Gabbar only dances instead of making Basanti.

He is usually free on Weekends and that is time for him to be creative, that is when he creates all his art. Ajay believes that NFT has the power to revolutionise the creative industry and will be very fruitful of Upcoming artists.

Jim Larsen on His Journey of Self-Development