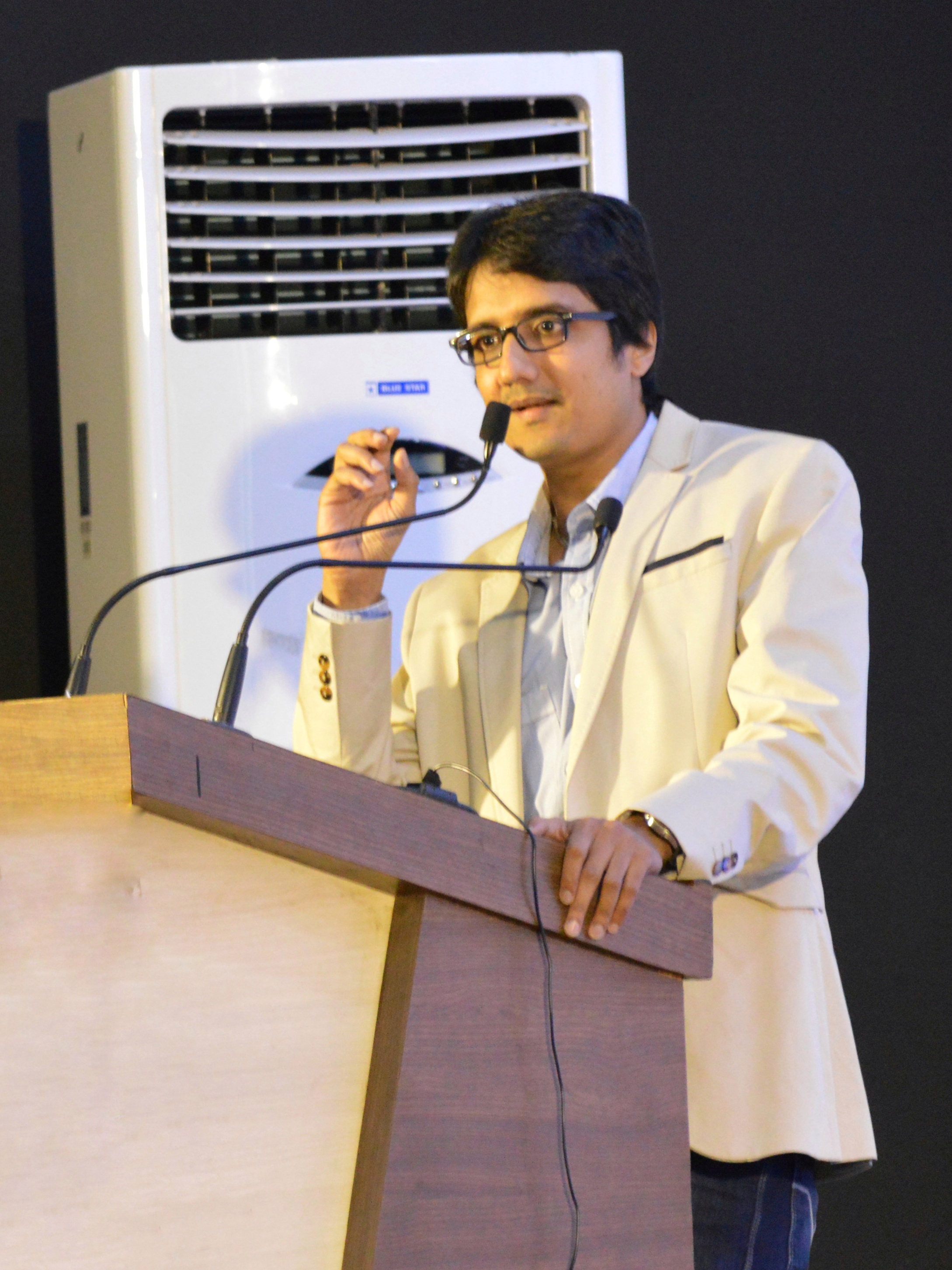 Nikhil Gangavane who has been famous for his Michael Jackson performances, Photography and Spiritual Counselling/Healing has resurrected his lesser known side as a songwriter and singer. His new songs are so different from each other that its hard to categorize him in a particular genre. Before Nikhil actually resurrected his music career, during his younger years he had advices from music industry experts who were a part of Michael Jackson’s management. We talk to Nikhil about his early struggle as an entrepreneur and his plans now as an independent artist.

When did you decide to be in the music industry? Have you been seriously pursuing music since childhood?

Never. My mom always said that I had a good voice and suggested me to join a singing class. Neither did I join a singing class nor did I learn any instrument. My baba (father) has been an avid music listener. He used to listen to a lot of music on his vinyl and cassette players. He mostly listened to disco of the 70s and early 80s, old hindi film music and my favourite – background scores of English movies. I think that was my real training. I tried to go to a guitar class but the teacher there was teaching us wrong chords for PAPA KEHTE HAI. When I asked him why he asked me to prove him wrong in front of the whole class. I got a Walkman and showed him the mistake. He accepted his mistake but later only used my skills for promoting his academy concert. After that he started ignoring me. So I stopped the class Probably learnt 1 scale and 7 chords there. That’s it!

Haven’t you been a music teacher yourself in music since 2001?

Yes, but I am self-taught but that doesn’t mean I don’t know what I play. There was no Youtube those days or probably it was in its infancy. I got books to help me understand concepts like scales and chords. I used to practice my guitar or keyboard like 6 hours a day. But this was when I was in college. When I was in school, I used to play the keyboard without any training. I never knew what I was playing, all I knew that I knew I was playing a tune or chord right because no one else was complaining. I performed in local and school gatherings. In fact I was a backing musician for many performances in school gatherings despite of having no technical knowledge of music. I started teaching keyboards and guitar when I felt I could do it authentically.

You are a Computer Engineering graduate by education then why did you chose a career like teaching music?

I think Computer Engineering was a wrong choice for me even if I have been good at programming. My parents did what they felt was right since I was doing good in my computer class in school which only involved software. I was directly enrolled for Diploma in Computer Engineering after 10th and then the hardware part showed up. Something that I was not made for. I assembled and sold many PCs back then, but they don’t require maths and physics knowhow. I was extremely good in programming and designing algorithms, algorithms are something I am still good at. I started music classes as parttime work to earn bread. I rented an internet café of a friend later on.

You also arrange and mix your songs. Where did you learn that?

Well when I had internet café, I had a lot of time… and I mean a lot of time! Sitting there just browsing or chatting didn’t make sense. I used to try my hands-on new DAWs like FLStudio, Audition, etc. I used to learn the process from their help section instead of tutorials. Being an engineer gave me an extra edge of understanding the design side of it, allowing me to explore the softwares more than a normal user would. Mixing and Arranging is really not a very hard job especially when you are a music artist with an engineering background.

What about your music label? Why did you close it after 16 years long run?

Well closing down was unfortunate but the fact is that we were doing no business. On one hand I was lacking financers to back up my projects and on the other the artists I was trying to get onboard were short-sighted. I was too early with my plans. There were so many good artists in India exploited by big music labels or having no proper contracts. I was simply trying to do an equal business with them by distributing them digitally. I guess I was too early, as all artists were too apprehensive of such a model. Today everyone is distributing digitally, yet many artists still are not sure to jump in.

Were you more interested in the business side of music than the creative part that you started a music label?

From year 2001 I was in touch with many people in Michael Jackson’s management. They didn’t know me just as a fan but rather someone digitally active who reported piracy sites or seeds at that time. But when I launched The Michael Jackson Anthem I directly reached the man himself. All in these years when I handled his official fan club I was trained to know the importance of owning the rights to my own music, licensing possibilities and a lot of business side. I was advised to start a music label, as in those days infringements benefited an incorporation more than an individual copyright holder. I had started the music label mainly to secure my own rights and then do business that would fund my own art as well.

You seem to be happy being an Independent artist now. Will you stay the same way or signup a music label if given a good offer? Or probably even start your own music label again?

I am extremely happy the way things are now. Going through a digital distributor is good. What is more important is that actually copyrighting your work which I always do. There is an added advantage if you have a finance backing you as an independent artist. Music labels put in a lot of money for promotions to help reach to more audience. The same is needed for an independent artist. If you have money to promote yourself, you need any music label ever. In fact you might lose on a big chunk of royalty percentage being signed to the label. If the T&C and money is good, of course I will sign one, but I will always retain my rights. No plans to start a music label as of now. I don’t see that happening in distant future either. The time of new music labels will be over, business tide will shift to digital distributors and aggregators. Old labels will keep minting money over the catalogues they own for years to come. They will keep becoming rich until they lose the artist catalogues at renewal time if any mentioned in their contract.