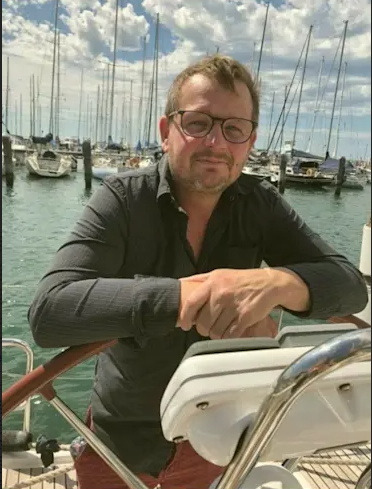 When I found out that I had to interview Mark Richardson, an Australian nutritionist, I began to madly look at things to talk about. Sometimes it’s not easy to get into a flow on topics about eating salad and vegetables. Let’s face it the take away food places are packed with what sells, and mostly that’s fast food, and convenient food, rather than take away veg and salad.

This is one of the few times that I have rolled up to an interview without any real plan, in the back of my mind I was thinking that the world is full of foodies right? I’m sure a conversation about food will get some interesting vibes going.

Talking about vibes, I really connected with this Aussies lay back manner and at the same time he was so deep in food science. At times I felt like I was back in school. Mark explained to me that good nutrition is a healthy relationship with food, so the good habits start long before food choices are made. He explained that nutrition and food, are as much mental as they are physical and for that matter emotional.

Mark asked me if i’ve ever heard of the see food diet?, i had to stop for a moment and then I burst out laughing and said, oh yeah “you see food and eat it”. He said that’s correct, and asked, did you know that most eating choices are often based on thoughts, rather than the need for food? As he explains that the taste buds are more powerful than practicality.

In the western world today we often overeat, or eat for the sake of it. Mark explains, this is really starting to show in the amount of gut issues that arise from continuous eating, as the gut struggles to rest between meals. When we have time between meals, and fasting periods overnight, the body is busy cleaning and repairing. The ideal situation is to keep your feeding window to about 8 hours, and fasting the rest then the digestive system gets time to do its work.

I thought Nutrition was about food and now I understand that, it’s the impact of food or nutrition on the body that is just as important as the food itself. It’s true that your diet must also be full of amino acids, vitamins, minerals, proteins, carbs etc etc. But there is no point putting all that stuff in, if you can’t process it or benefit from good habits. My mind was beginning to open as I could begin to see what he was getting at.

People eat for a number of reasons, some are emotional, some are physical, some are mental and the list goes on and the same applies to diets. There are too many different diets to list and most people shop for a diet based on practicality, prestige or trend. These diets often lack basic fundamentals. The idea that any generic diet will work is so far from the truth and I wanted to find out why?

As I posed the question to Mark, he asked me, if I wanted to revisit science class? You see Mark entered the world of Nutrition looking at its impact on chronic illness, and he really created a new space around that concept. The nervous system has a huge influence over the entire body including digestion. Mark explains for the sake of the discussion we will look at two branches.

The first is the sympathetic branch and looks after our safety through the flight and fight response. The other is the parasympathetic branch that looks after the rest and repair tasks. I guess most people think there is a balance, however I have just learnt that they can both be used at the same time. One example described it as feeling wired and tired at the same time, that is a common symptom in Fatigue Syndromes.

As Mark continues, it is becoming clear that either state has its preference to what kinds of things it can tolerate, based on the dominant state the nervous system is in. With this understanding It is really easy to match the food to the state. The traditional approach is that the body will cope, and unfortunately that

comes at a cost of performance. It’s really easy to mismatch the nutrition when in a rest and repair state, to create things like anxiety, and the same is true for missmatching the flight and fight and causing energy shut down.

This understanding was developed from a provocation study that demonstrated a dominance in the nervous system, and a synergistic calm approach when things were matched appropriately. As time went on this became a little more universal, and it was applied outside illness, it can be used in any setting for peak performance. When we refer to peak performance it’s as equally as appropriate for athletes as it is for business people.

Mark noticed that so many people were grinding. That’s grinding away at a job, then coming home to try and get another gig off the ground, in between looking after children and schooling. There seemed to be more calling for energy for these people, and often it was in the form of caffeine and sugars. Mark said that appears counterproductive as those habits force a domination of state in stress, rather than support one at ease. Now it makes sense that if we have the ability to support the state that the body is most comfortable in we can maximise performance and well being.

I really have to admit my eyes have been opened to what is possible in this space. My mind starts to run away as I think about forcing a state, rather than supporting one, that may even explain a lot about inflammation and disease. As Mark has invited me back for another chat, I look forward to learning how all of this is applied.

10 Business Coaches Who Can Transform Your Career in 2021