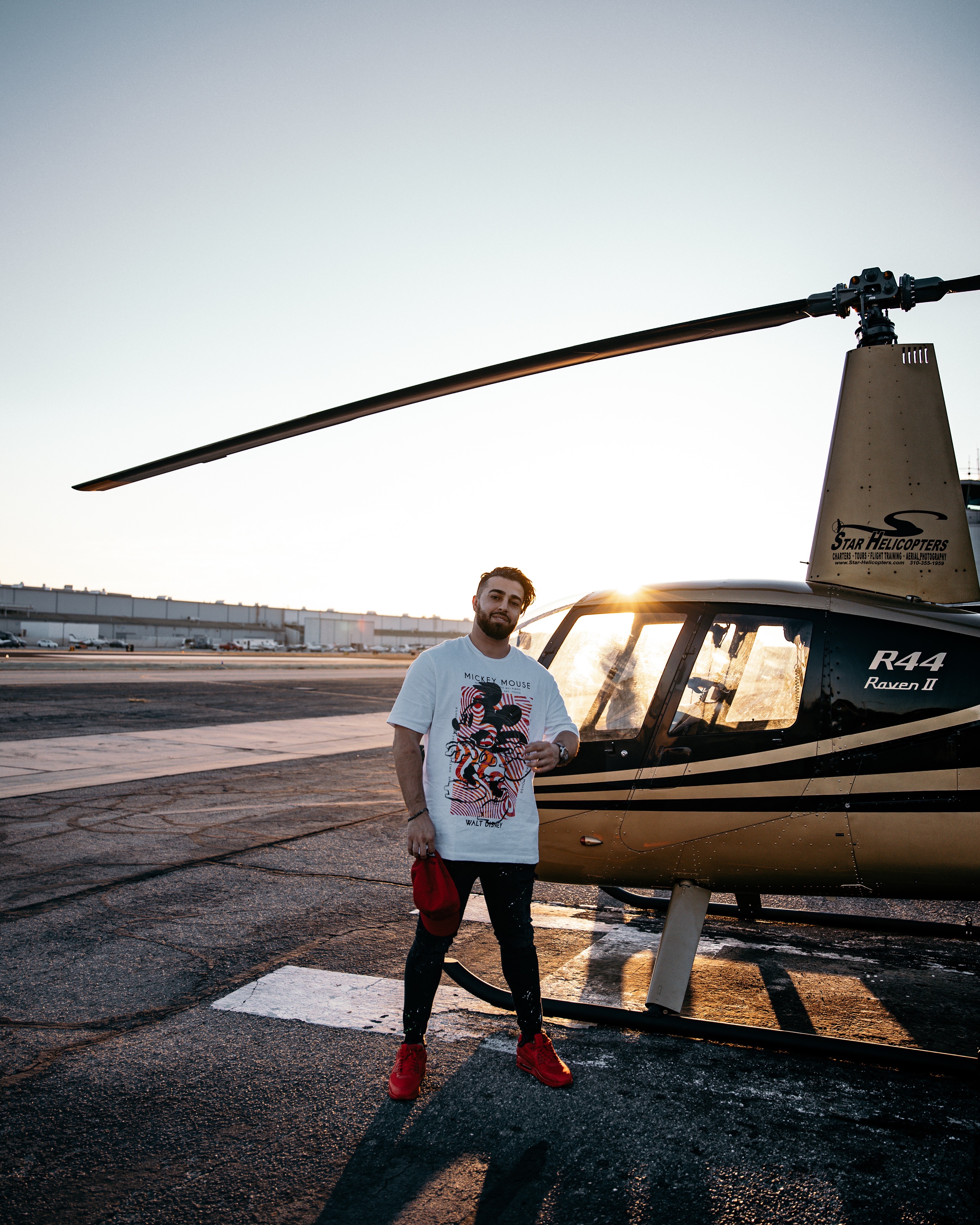 Omar M has always struggled with being accepted for his career path. Growing up and living in California, he states that there are certain expectations of what people should do and what occupations they should follow in order to achieve success. Omar never followed these, so he was always seen as the odd man out.

“Growing up in a Middle Eastern family has never been easy with the career path I’ve chosen, simply for the fact that our culture has this sort of stereotypical idea that no other careers are acceptable unless it was becoming a doctor, lawyer, or some sort of engineer. Anything else was looked down upon growing up even though I had a so-called early dedication to entrepreneurship. Having to overcome those challenges between my family and pushing through to getting where I am now has been one of the biggest obstacles, nonetheless I am happy I was able to surpass that,” Omar recounts.

Omar’s entrepreneurial spirit led him to become the operator of a few different kinds of businesses. He has been able to master them all and become successful due to his hard work and dedication to becoming an entrepreneur.

“I run a couple different businesses. The first being an ecommerce company where we sell on popular platforms like amazon, walmart, ebay, groupon, shopify. The second company is called TruHealthUSA. This company just had its official launch recently but has been in the works since early 2019. We specialize in Naturopathic supplements right now,and soon we will be releasing health and beauty products over the course of this year. We just released a product called “TruCleanse” which is doing amazing and ranked top 50 on amazon for natural appetite suppressants,” Omar says.

Besides his entrepreneurial spirit, Omar was inspired to get into the ecommerce business by his want to be his own boss. Omar knew from a young age that he didn’t want anyone being his boss.

“Ecommerce really works for me in the sense that I’ve always wanted my own freedom to be my own boss. I wanted to find an industry where I could constantly be on the go, because my ADHD is insane and I could never sit at a desk and be confined in an office without feeling restricted. I craved freedom, self employment, and the ability to explore the world anytime I want, so I had no choice but to be my own boss so I could fulfill that.  I have always been an innovator since I was a kid, I was always finding efficient ways to do something faster and more effective. This may have been because I get very lazy at times so I find the fastest and easiest way to do something,” Omar says.

Omar has conquered many obstacles that have stood in his way to success. His advice for those getting started on their business journey is to not hesitate and take action in order to achieve your dreams.

“My advice for anyone trying to start their own business is simple – take action, if you really really want it that bad, you will figure it out, and somehow things will align to your benefit when you put your best foot forward. A lot of people spend hours, months, years planning a business and never taking action. By the time they take action someone else has already executed on the idea they had been sitting on. If you show up 12-16 hours a day doing anything in life, you will eventually master it, it may take weeks, months or even years but you will eventually master what you are pursuing. Lastly, it is always good to have strategic partners, and mentors around you. Reach out to someone who is in the industry you’re in,someone you admire and someone who sees your talent and drive,” Omar advises.

Nicole Gibson, Founder of The Global Unity Summit is Unifying Some of the World’s Most Genius Minds