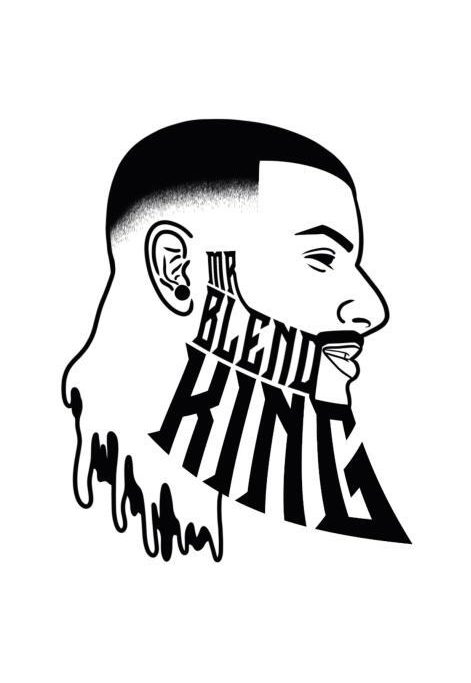 BlendKing, who was born on Nov 7, 1994, is a well-known barber with 13 years of professional experience. He was born in Cuba with the ambition of being the finest barber in the country. He became an entrepreneur of his business “Blendkings Barbershop” at such a young age so that he can offer great services to his clients. He assists in grooming his customers, causing them to gain confidence in themselves as a result of witnessing the new “them.” Blend Kings stands apart from his competitors because he offers far more than any other barber in his area. For example, while other barbers or barbershops try for the fastest or cleanest cut or blowout, he pushes excellence to the next level. His company offers more than just the usual stuff; it also does everything from fades and blowouts to styles and colors. His brand, in a nutshell, is versatile in everything it does. His greatest source of motivation is the person who hired him, “Jorge,” the owner of the store where he worked. The owner gave him his first job as a barber and trained him throughout the years to become the person he is today. Besides Jorge, another person who played a major role in Blendking’s life was “Smooth.” Smooth was a man with grace, and a loving heart. He was like a father to Blendking, who gave him a chance to excel in life without expecting anything in return. Also, let’s not forget about Blengking’s family such as his sister, who also played a huge part in helping him get to where he is now!! He believes he would not be where he is today if she hadn’t pushed or encouraged him. He is such a wonderful person that his life’s purpose is to encourage others, to help them rediscover their confidence, and to allow them to shine throughout their lives.
His commitment to becoming an entrepreneur, and not just any entrepreneur, but one who provides services offering both satisfaction and confidence to his clients, is one of his greatest accomplishments. When he initially opened his business (at the age of 23), he was in his twenties, and the rest is history. Famous personalities such as Albert Almora (an American baseball star) have also paid him a visit for grooming. His ambition is to become a well-known millionaire while breaking down stereotypes in the process. To book an appointment, visit @MR.BLENDKING’s Instagram account.

How To Build A Personal Brand with Marketing guru Herman Kariuki