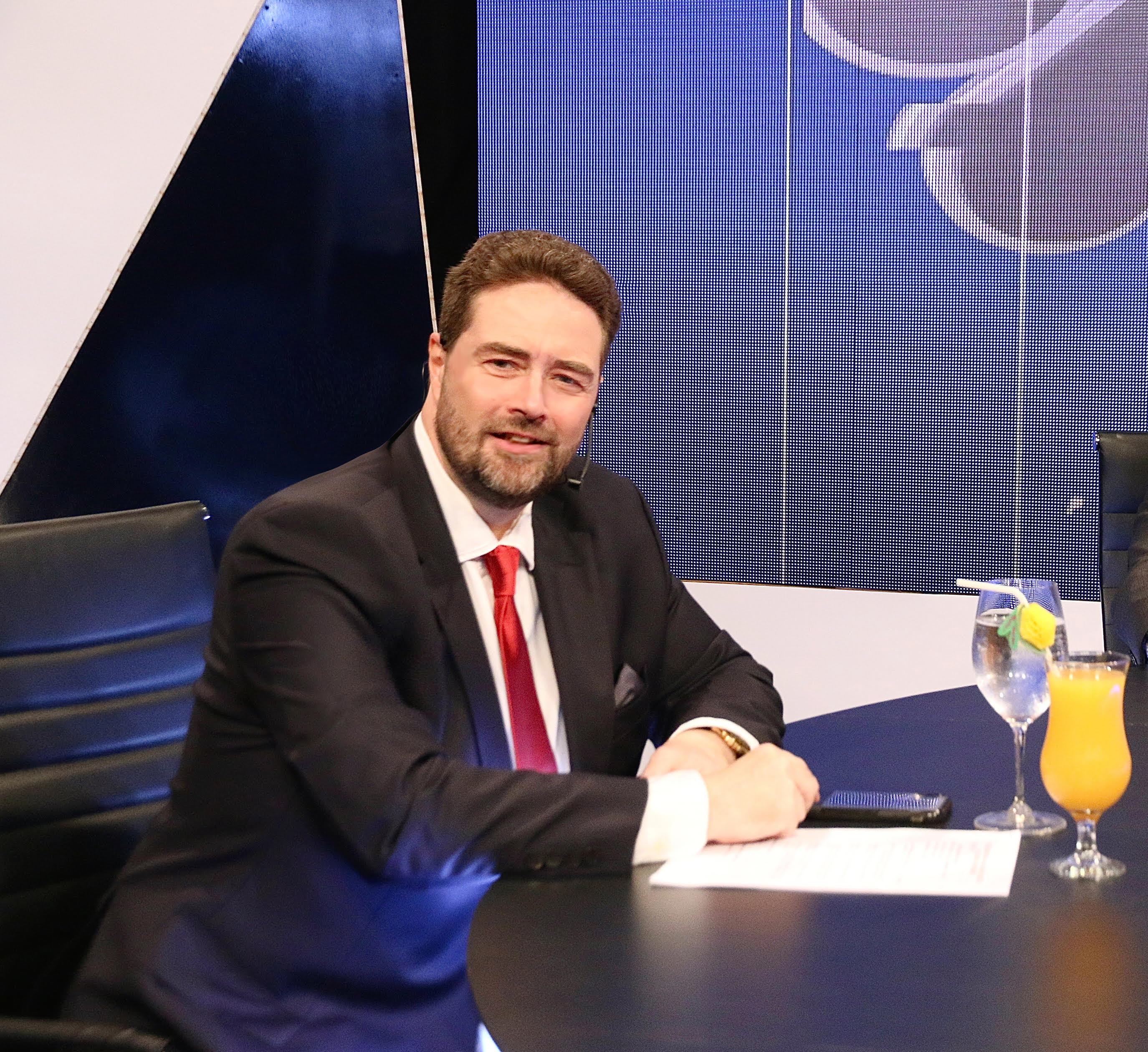 Carsten Pfau has an antenna for economic and geopolitical trends and doesn’t mind going for them – including against the grain – in order to manifest them. While we usually hear and read the stories of people from Latin American countries who set out to live in the US or even Europe in search of greater opportunities, Pfau became a global player – and sought after commentator on global business developments for US and international media – by paving a path to success the other way around. One that lead him not just to stellar accomplishments as a businessman but also to now being a media mogul with top TV shows in Paraguay as both a host and producer. And of course, the leading drink on his penal style talk shows is orange juice from his own production – because branding never sleeps.

Born in Germany, he and his brother visited Paraguay first with their father who had made an experimental investment after an ad persuaded him to buy some land in Paraguay. Like their dad, the Pfau brothers fell in love with both the country and its immense economic potential. Today Pfau has become a leader in American and European investment in South American agriculture and enjoys his life in Paraguay where he has resided for the past quarter-century, got married, and is raising a family.
But what exactly does he or, to be precise, his company Agri Terra Group do?
“We raise capital, buy land, and develop plantations from scratch.” says Pfau.” Paraguay has great soil, good sun, so citrus grows well. As a family-owned and operated company, most of our investors appreciate that we combine the German and South American mentalities. We built a bridge between two worlds that are different, and we understand both worlds work in their own way. “

Pfau also points at the fact that Agri Terra Group only accepts investments in projects the company itself puts money into.” In fact, we are the largest investor in most of our investment projects.” he underscores proudly. And it is precisely this ‘putting your money where your mouth is’ mentality that has generated interest built on trust from the US- and international investors.

He also closely follows trends in the food industry, both domestically and abroad, then carefully applies them to his business strategy. His latest move? The take over of the Paraguay-based water production company Indusur. Given that more and more health-conscious people are increasing their consumption of water with high ph levels (to reestablish balance in our usually overly sour bodies), buying and expanding a water brand that is focusing on exactly that trend seems plausible.
If 2020 strongly reminded us of one thing it is that we always need to eat. During Covid-19 were even in posh Manhattan and Beverly Hills people experienced a shortage of good fresh produce. As a result, while many industries had to temporarily close their operations, the agriculture sector flourished instead and as a result, so did the investment activity in agriculture projects.

Pfau reflects: “Prior to 2020, people would see a tech or pharmaceutical company and say, ‘Wow, I will invest in that; the promise of return is much higher.’ Agriculture will probably not provide you an astronomic higher return, but it will be steady and it works in any scenario. It works in wartime, pandemics, and boom times. That’s why we do it.”