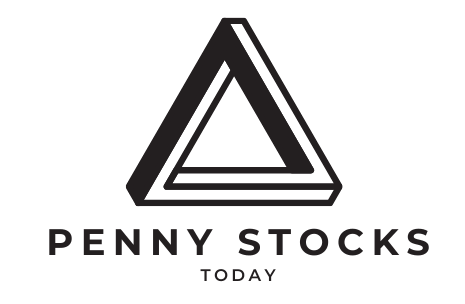 His company Penny Stocks Today (Owned by Geek Labs Holdings), serves as one of the top news publications in the financial realm.

It is kind of astounding when people talk about a few individuals and professionals who go about ticking off all the boxes in their life consisting of their dreams and goals, thriving on their passion in their niches, willing to get under the grind and make every possible effort to turn their visions and goals into a beautiful reality. All of this definitely is easier said than done, but a few of them have truly gained insane name and recognition in their respective industries because they relentlessly worked their way to the top and made it huge in the same, just like Ash, popularly known for his show as TheAshShow on social media.

Who really is Ash?

Originally, Mohammed Ashraf, Ash hails from Egypt, but now is based in London, the UK. He was inclined towards everything business and hence, had begun working around his pursuits from a very young age. This allowed him to hone his skill in various things right from the time he was 16. Since then, he says he was bitten by the bug of sales and marketing and, over the years, also held most positions right from being an intern, employee, trainer, manager to now being a full-time stock trader, investor, and entrepreneur. He has also turned into a host with his show called TheAshShow, which is available on Twitter and YouTube, where he takes people into his journey of self-improvement and shows how others can do it too in detail, covering about building businesses from scratch, trading, challenges and so much more.

The rise of the Penny Stocks Today.

Ash as a full-time trader and entrepreneur, now owns Penny Stocks Today, owned by Geek Labs Holdings, based in Delaware, United States, which has risen as a news publication in the financial realm, emphasizing “Financial news by the people for the people,” and helps people add on to their knowledge in the field. Apart from this, the 30-year-old also owns Affiniti Equities, which was built by investors for investors in 2021, focusing on how to create news that gives readers a complete picture of the small and large-cap markets and also crypto and NFTs.

Ash has truly reached great heights in the world of entrepreneurship by also owning a marketing agency called Fling the World, rising as one of the first digital engagement agencies specializing in marketing for the financial sector.

Ash is also a published author on Entrepreneur and part of the leadership network Mohammed Ashraf – Author Biography. He highlights that Penny Stocks Today became the first publication to cover the OTC market daily and is now followed by some of the biggest influencers in the industry, such as @unusual_whales. In the future, he wants his brand to become the biggest covering Penny Stocks under $10.

In a world with an ever-growing fear of germs, Jon Tavarez helps minimize cross-contamination through entrepreneurship.

Asli Saif is Production Manager, Author and the leading entrepreneurial mind with a skillset unparalleled.