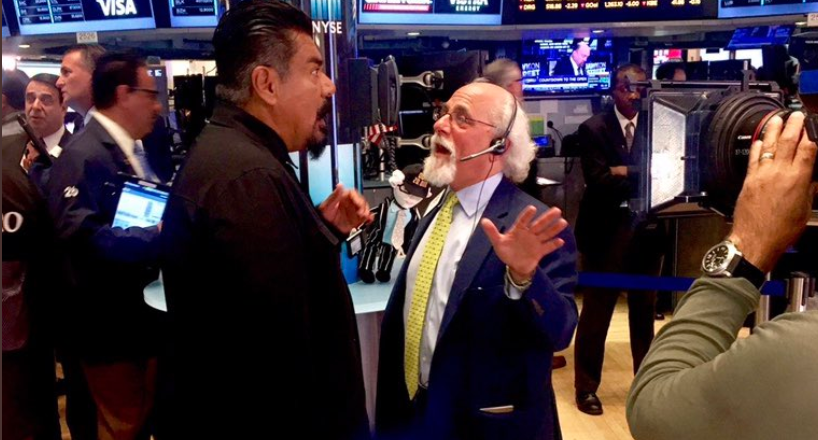 Peter Tuchman, also known as the Einstein of Wallstreet, graduated from the University of Massachusetts in 1985. After finishing an MBA in New York City, Tuchman got a summer job as a teletypist on the floor of the New York Stock Exchange. Since 1985, Tuchman has been learning the ins and outs of real Wall Street trading on the floor. After specializing in convertible arbitrage with Lee Securities for most of the 1990s, Tuchman decided to become an independent broker and learned to maneuver his way through the floor. Peter Tuchman is one of the most widely recognizable faces on Wall Street. His image is known for appearing in the media when the market is volatile because of his trusted brand and advice. Although he has been working in the stock markets for over 30 years, Tuchman has never owned a single stock because he wants to be able to concentrate on his customers well being.

In July 2020 Peter Tuchman, Tony Delgado, David Green, and Gaby Berrospi launched Wall Street University, an extension of Latino Wall Street, an initiative created by Gaby Berrospi and Alan Burak to serve Latinos and Latinas educational investment advice and guidance on the stock market. George Lopez partnered up with the Einstein of Wall Street, Peter Tuchman, to announce the launch of Wall Street University, a program co-authored working to teach old and young financial literacy in the American stock market. Mr. Lopez runs an organization called the George Lopez Foundation; its mission is to create change for underprivileged children, adults, and military families by increasing awareness about kidney disease and organ donation. George Lopez is a Latino American icon, known for his stand up comedy career and successful entrepreneurial endeavors. He has been noted as one of The 25 Most Influential Hispanics in America. A portion of the proceeds from Wall Street University will be going towards the George Lopez Foundation.

Wallstreet University is going to be the number one day trading school to teach you the secrets of Wall Street trading. The program is built for anybody looking to invest in their future and create financial freedom. “The amount of capital you start with is irrelevant,” says Tony, “The amount of knowledge you absorb is crucial to your success in the market”.

Wall Street University has a diverse portfolio of mentors. Gaby Berrospi is a  Forbes council member, financial expert, and capital investor. Tony Delgado is a tech expert, day trader, and entrepreneur. David Green and Peter Tuchman have been working on the NYSE floor for over 30 years. This team combined has over 70+ years of trading experience under their belt.

2020 is the Year of Your $DigitalName