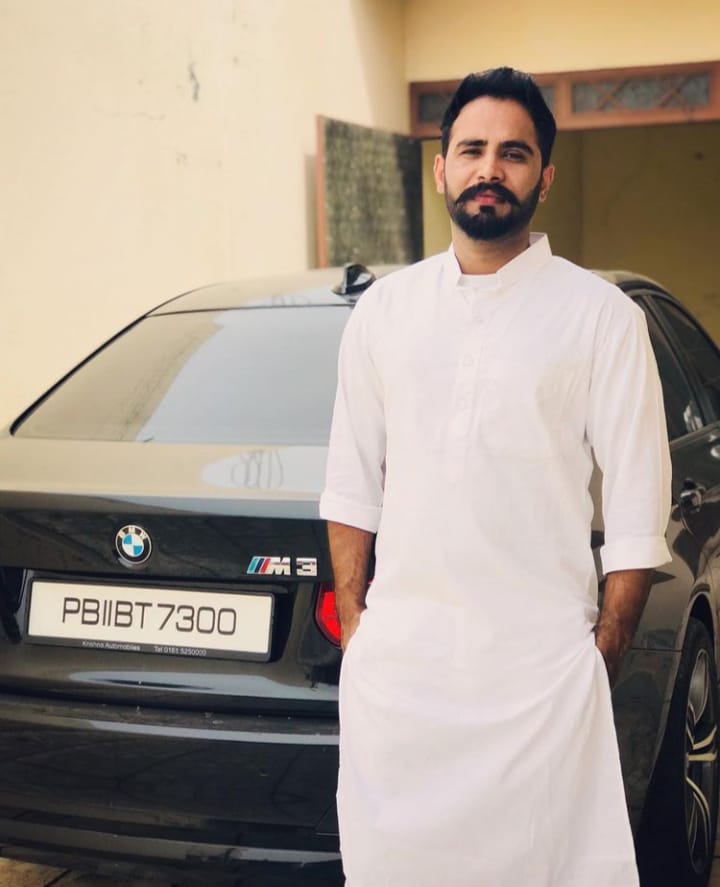 Amritpal is a businessman who has predominantly worked in the Punjabi music industry. Born and brought up in a Sikh family in Ludhiana, Punjab, Amba Joia had an inclination towards music from an early age. Following his passion for music, he started his career as a song producer after which the talented man launched a music label of his own named Outlaw Records.

Under his reputed record label, the producer has introduced several music artists including Minda, Ekam Sudhar, Veer Sandhu and Vikram Gill. Other notable music artists with whom Amritpal has worked are Varinder Brar, Navaan Sandhu and Roop Bhullar. Outlaw Records has so far released some of the biggest hits including ‘Black Life’ by Navaan Sandhu, ‘Thik Thak’ by Minda, and ‘Kyu Ni Dekhda’ by Sidhu Moose Wala.

The music producer has been very close to Punjabi sensation Sidhu Moose Wala, and the duo has collaborated on various occasions. After producing consecutive hits, Amritpal Singh continues to keep the momentum going in the Punjabi music industry. His record label in the coming time has got music albums and songs in abundance that will be releasing soon. As per the producer, music is the ultimate stressbuster and can quickly set up anyone’s mood.

Furthermore, elaborating about the same, Amba Joia said, “I believe that Punjabi music is all about enthusiasm. It can quickly make anyone dance to its beats. It gives me a jovial vibe, and I believe every music lover feels the same after listening to the Punjabi tracks.” Besides giving the audience superhit songs, the music producer is a humanitarian who has raised money for various causes and charitable activities.

Time and again, the music producer has taken a stand for the unnoticed issues. With the music videos, he has raked in great moolah through which Amritpal Singh does charity for different causes and issues existing in the country. Moreover, his record label will soon be launching new talents and will also collaborate with well-known names from the Punjabi music industry.

Change Your Life, Follow the Ideologies of Mr. Munish Maya