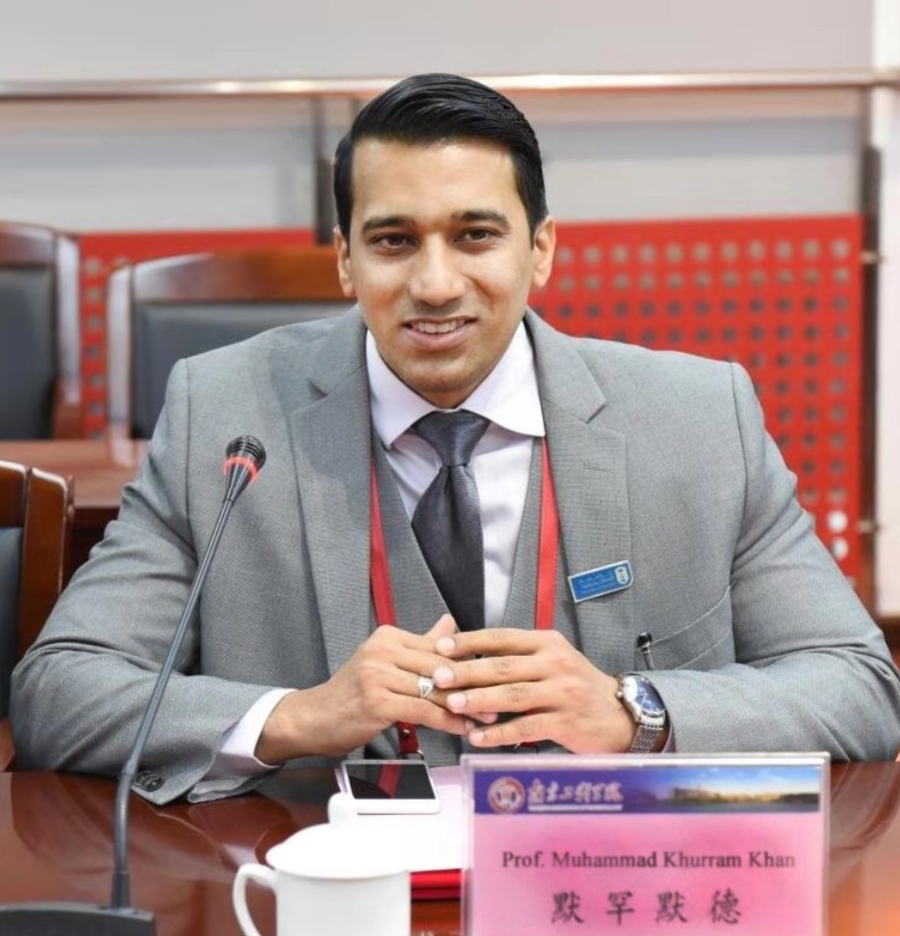 Cyberspace has become an integral part of the modern hyper-connected society, which impacts every facet of our life from the electrical grids that power millions of homes to the transportation and telecommunication networks that mobilize and connect people. Cyberspace is a heaven of opportunities that spurs innovation, creates competitiveness, and makes impact on socio-economic development in the global village. However, with the multitude of benefits, it also harbors stringent challenges which could undermine the security and privacy of individuals, governments, and organizations alike. Our national security assets or critical infrastructures are more vulnerable, population is more prone to cybercriminals, and journalists and human rights defenders have come under attack for their online freedom of expression. This becomes more complicated when state or non-state sponsored actors promote their ulterior motives by using dis/mis information, deepfakes, and cyber trolling which are emerging as a grave threat for global geopolitics. It is pertinent to say that Cyberspace is also becoming a safe haven for many illegal activities including cyber-terrorism, cyber-crimes, cyber-espionage, and so on.

Given the kind of unprecedented threats the world faces in cyberspace, it is imperative that researchers and policy makers should be prepared to grapple with the challenges of the digitally connected world at the social, political, economic, and technical levels for peace, stability, resilience, harmony, and non-violence.

With this in mind, we in 2019 established the ‘Global Foundation for Cyber Studies and Research’ (GFCyber) – an independent, nonprofit and non-partisan think tank- comprising of global cybersecurity experts, aims at producing evidence-based research studies and explores various aspects of classical, contemporary, and modern cyber issues. The GFCyber dissects and addresses the most pressing cyber policy and technology challenges prevailing in the society and faced by the communities. GFCyber aims to address the global cyberspace challenges and policy issues that affect every native of the digital world.

1. Tell us about your academic and professional career and how you started your research and work?

I am currently working as a Professor of Cybersecurity at the Center of Excellence in Information Assurance (CoEIA), King Saud University, Kingdom of Saudi Arabia. I feel honored and privileged to be one of the founding members of CoEIA that was established in 2009 through generous funding and support of the Ministry of Education, Saudi Arabia. I have served CoEIA as a Manager R&D from 2009 until 2012. My role as a Manager R&D was to build the research program of the center, find the best talent, oversee research projects, help the center’s director for strategic research planning, organize scientific events, and manage the professional and research activities, etc. It gives me immense pleasure that I, along with my great team, developed and successfully managed the Cybersecurity research program at CoEIA, which turned the center as one of the best centers of excellence in Saudi Arabia and in the region.

It is worth mentioning that CoEIA has so far published over 700 publications, registered 14 US/PCT patents, supervised, mentored and supported dozens of students from KSU and other institutions, organized hundreds of research events, got several local and international competitive research grants and awards, launched commercial cybersecurity products, and conducted a lot of consultations for the public and private sector organizations. Many of our former students and researchers are now working in public and private sectors at leading positions.

2. What has been your research focus and what contributions you have made so far?

I have been a cybersecurity enthusiast for over 20 years. I have made multidimensional contributions in the cybersecurity domain with respect to research, innovation, consultation, and public policy. As far as the research is concerned, I have conducted basic and applied works to advance the digital authentication field, which is considered as the first-line-of-defense against cyberattacks. Designing and developing secure and robust authentication protocols and systems is very challenging for cybersecurity researchers, especially for the mission critical systems, cyber physical systems, IoTs, wireless networks, healthcare, and vehicular communications, etc. I have been fortunate to contribute extensively in this field to develop some novel frameworks, protocols and inventions which have helped to extend the body of knowledge in this field. In addition to this, I have done a lot of work in multimedia security, biometrics security, cyber policy, and systems and network security areas.

I have so far published around 400 research publications, contributed over 25 public policy papers/reports in cybersecurity, invented 10 US/PCT patents, and have edited 9 books/proceedings published by Springer, Taylor & Francis and IEEE. Many of our works have got best paper awards and received considerable attention from other researchers, industry, and media. Furthermore, I have also secured several national and international competitive research grants with an amount of over USD 3 Million in the domain of cybersecurity. I must acknowledge that all these achievements were made possible due to my extraordinary students, researchers, collaborators, and mentors. You can visit my website to know more about my research and professional engagements.

On the other hand, cybersecurity is a fascinating field, which has recently got huge attention from public and private sector organizations. Being a cybersecurity professor at university, it is quite important to help and consult the industry and public sector to improve their cybersecurity posture and share experiences and insights from research perspectives. I and my center have done significant work in this context and have helped the local and foreign organizations in improving their cybersecurity strategy and posture. In 2019, I played an instrumental role as a cybersecurity subject expert for a USD 6 Million series B investment in a South Korean startup ‘SecuLetter’, which has recently received a corporate valuation of over USD 40 Million (2020). I think, external consultation by faculty is very important as it helps the industry to know about the latest research conducted by university professors. Likewise, it helps the university professors to know about the recent trends adopted by the industry. This in turn builds a university-industry liaison to make new innovations and boost the national economy.

Another dimension of my contributions is in the area of cybersecurity public policy locally as well as globally. I relish working in this area to propose evidence-based policy solutions to the public and private sector to address complex challenges in cyberspace faced by our society and global community. It is my honor to contribute policy works for the G20 Saudi Presidency through T20, which is regarded as the think tank of the G20 countries. One of my policy works entitled, “Fostering a Safer Cyberspace for Children” got attention and was included in the final communique as a recommendation to the G20 leaders for their approval in the summit that was held from 21-22 November 2020 in Riyadh.

3. Tell us about your educational and professional engagements and outreach

I think it is very important for an academic or a scientist to participate in the professional activities of scientific societies and contribute services to the profession. These services could range from working on the editorial boards of scientific journals, organizing scientific events/conferences, participating on program committees of conferences, reviewing papers for journals, delivering lectures or tutorials, and so on. Though, these are volunteer services but make significant impact on profession and society.

I have been aggressively participating in professional activities to promote academics and research since the inception of my career. It is my great honor to be the Editor-in-Chief of an international journal ‘Telecommunication Systems’ that has been published by Springer-Nature since 1993. This journal has a 1.734 impact factor as per the JCR 2020. In addition, I am serving on the editorial board of many ISI-indexed international journals, including IEEE Communications Surveys & Tutorials, IEEE Communications Magazine, IEEE Internet of Things Journal, IEEE Transactions on Consumer Electronics, IEEE Consumer Electronics Magazine, Journal of Network & Computer Applications (Elsevier), IEEE Access, PLOS ONE, Electronic Commerce Research, and list goes on.

Moreover, I am also one of the organizing chairs of more than 5 dozen international conferences and a member of technical committees of more than 10 dozen international conferences. In addition, I am an active reviewer of many international journals as well as research funding foundations of Switzerland, Italy, Saudi Arabia and Czech Republic. I have also played an instrumental role in developing ‘BS Cybersecurity’ track and ‘Higher Diploma in Cybersecurity’ at college of applied studies and community service at King Saud University.

As I mentioned earlier that I have done some work in cyber policy during the last several years and that has motivated me to establish a cyber studies think tank. In the pursuit of this passion, I and my like-minded colleagues established the ‘Global Foundation for Cyber Studies and Research’ (GFCyber), which is an independent and non-partisan think tank in Washington D.C. The GFCyber conducts research studies, contributes policy works, provides advisory, and intellectually indulges on various aspects of classical, contemporary, and modern cybersecurity issues faced by the global community. The GFCyber is led by me as its founder and CEO and we have over 80 experts and researchers associated with the foundation from all over the world. The mission of GFCyber is to study and conduct research on cyberspace challenges and issues from the intersecting dimensions of policy and technology for the betterment of a globally-connected world. We envision GFCyber to become a leading platform to influence the global cyberspace perspectives by our work and contributions. One of the objectives of this initiative is to engage and empower youngsters and women in the cyber profession.

I feel privileged and honored that some foreign institutions have offered me positions of adjunct or honorary professorships. I have been an honorary Professor at IIIRC, Shenzhen Graduate School, China and an adjunct professor at Fujian University of Technology, China for the last many years. Recently, Nanjing Institute of Technology also inducted me as an adjunct professor due to my contributions in the cybersecurity field.

I have secured an outstanding leadership award at IEEE international conference on Networks and Systems Security 2009, Australia. In 2010, I received a certificate of appreciation for outstanding contributions in ‘Biometrics & Information Security Research’ at the AIT international Conference that was held in Japan. I have also been awarded a Gold Medal for the ‘Best Invention & Innovation Award’ at 10th Malaysian Technology Expo 2011, Malaysia. Moreover, in April 2013, my invention got a Bronze Medal at ’41st International Exhibition of Inventions’ at Geneva, Switzerland. In addition, I was awarded the best paper award from the Journal of Network & Computer Applications (Elsevier) in 2015. This paper has been categorized as an ESI highly-cited paper in the Web of Science (Top 1% paper in CS).

Besides, due to my sustained scientific and professional contributions in cybersecurity and profession, in 2015 I was conferred upon the prestigious title of ‘Fellow’ from the Institution of Engineering & Technology (UK) and the British Computer Society (UK).

Prof. Muhammad Khurram Khan can be reached through:

Also Read – How to Become a Successful Entrepreneur in Young Age. By Ujwal Sharma

ARTDECO is Set To Change The NFT Marketplace