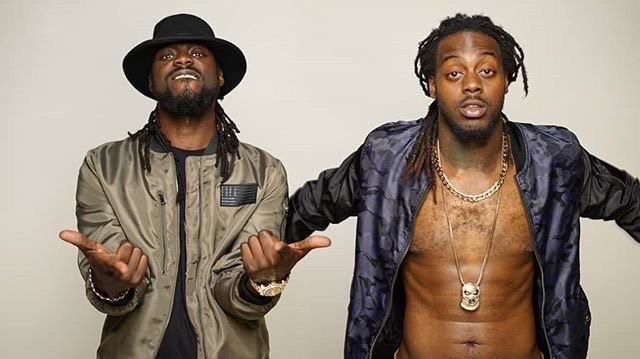 Young Tigg and Wild Rellzz are a collaborative music duo from Dade County Miami called Proj3ct Miami. Individually, these 2 brothers catapulted their music career very differently, but they both free-styled and experimented with world play consistently. Both Young Tigg and Wild Rellzz were influenced by battle rap as battle rap is a pure staple in hip hop culture. Young Tigg began pursuing music after graduating High School and Wild Rellzz shortly after leaving college. Together they linked up and Proj3ct Miami was born. Although they are a collaboration they are both still individual acts. Both artists are highly inspired by Young Money’s successful artists, but mainly Drake. They would love to collaborate with him in the future because anyone who does a feature with him helps that brand. Not only Drake, but they would love to work with Rick Ross and Kodak who have been holding it down for Florida for years.

Both Young Tigg and Wild Rellzz have a star-like quality about them already. Rellzz’s name stands for being wild and untamed adding 2 z’s to his name signifying not to sleep on him and Tiggs name came from his high school days so it stuck to him. Their group name Proj3ct Miami simply comes from growing up in Miami and making the best out of every situation they come across. Words matter to them the definition of project is – collaborative enterprise that is carefully planned to achieve a particular aim. And their aim is Success! Sp success is what they both will reach and obtain.

Since beginning the musical journey they have been in label meetings with Atlantic records, Epic and Authentic Empire. They have also opened for major acts such as Young Dro, Wale, and Waka Flocka. Proj3ct Miami are the hottest talent in the south and are continuing to expand their fanbase. Recently they released an EP titled “3 Wade” that is available on all platforms now. Young Tigg is currently working on his own personal EP while continuing to release music with Wild Rellzz. Proj3ct Miami keeps applying pressure and continues to grow their brand. In the meantime go check out “3 Wade” ! More recently they have just released a new single “ Over Grind” now on Youtube along with other new releases. Be sure to check it out. The video has a vibe and the lyrics are infectious. These 2 sure know how to keep an audience entertained.

Related Topics:Proj3ct Miami
Up Next

How to Protect Your Company from Cyber Attacks