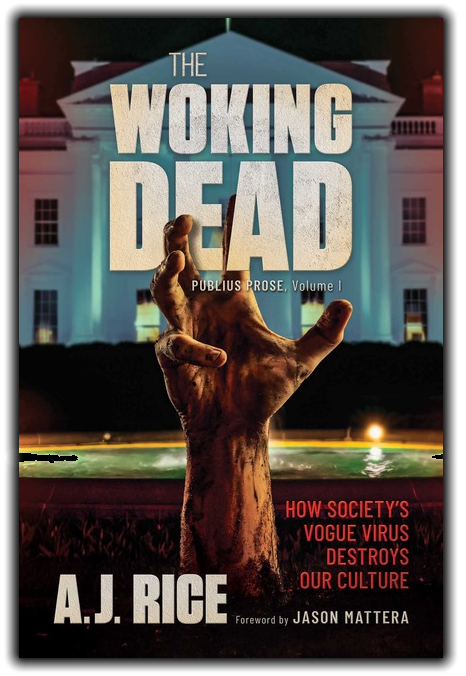 Sometimes you need to get a fresh start.

The woke movement has permeated the vast majority of the American media complex, with a constant, loud, drowning pulse and an army of zombies who are willing to vehemently crush anyone who opposes it.

Sure, the voices that challenge it are cogent and clear. But somehow they seem to continue to get lost in the shuffle, perhaps because they’re trying to descend to the style and rules of argumentation that the woke movement, and the zombie adherence, have set up.

That’s why there’s the need for a very fresh start, a slap in the face from a different angle, one that shows the ridiculousness of a broken movement by fighting serious anger with humorous logic.

Sometimes, it’s best to sit back and laugh, and then tell people why.

Speaker and author A.J. Rice is exactly the person for the job.

Rice has helped authors like Donald Trump Junior surge to the top of the New York Times bestseller list. And he’s humbly played the background for a while. But he presents himself to the world in a fresh way through his new book, The Woking Dead. One review explains, “A.J. Rice steps out from behind the curtain to reveal what he’s been up to, and to show what it will take to save America from the woke zombie hordes on our campuses, dominating Twitter, and increasingly lurking in every HR department in the country – all the way up to the Pentagon.”

Rice takes thoughts that have been dormant and lays them out in a clever, hilarious way. The Woking Dead is stemming the tide of a woke movement that assumes it’s invincible.

Global surfaces company Välinge Innovation seems to have cracks within their flooring operations due to their long history of a toxic work environment.