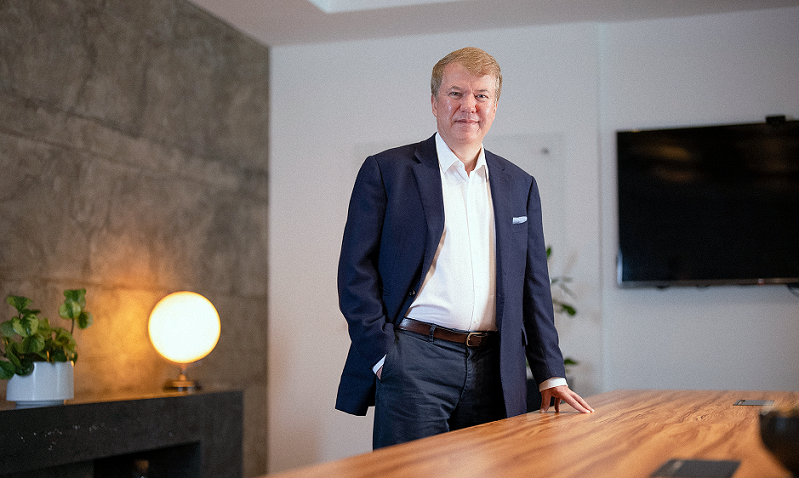 In the world of venture capitalism, it has long been the practice to invest where you can expect the highest returns for your limited partners; an ‘in fast, and out in the next round’ approach that holds little regard for the companies or employees you are investing in. But there’s a group of investors currently dedicated to doing it differently. Venture capitalists, who are interested in the long run over short-term gains, and who believe that companies don’t need to be big in order to create an impact.

Those who subscribe to this approach are proving sustainable capitalism is not only profitable, but that it is also a viable blueprint for success in future markets. Niall Carroll, current Chairman of CG Tech is one investor who believes that investing in purpose over profits aligns companies who power each other’s productivity.

In 2012 Carroll found himself at a career crossroads. After a productive tenure with the Royal Bafokeng Nation where he led the building of a USD4 billion portfolio for Royal Bafokeng Holdings, Niall Carroll was looking for his next move; weighing up whether to stay in the world of Southern African community investment, move into philanthropic work or return to his roots as an investment banker. In the end, the South African entrepreneur decided on a new road alongside his long-term business partner, Andrew Jackson, with both men eager to continue proving their career-long hypothesis that there was an objectively better way of doing business.

What began with an investment in just one company, Prommac, an oil and gas engineering firm in South Africa, has grown into a global portfolio providing services and solutions to a wide range of industries including events infrastructure, construction, sound stages and virtual reality. On the surface, it seems these businesses have very little in common, but CG Tech’s visionary approach, and willingness to employ disruptive technologies within traditional industries, is proving vital in helping each business to become a major player in their individual fields.

“In retrospect it all makes sense now,” quips Niall Carroll. “But it started with one company and to be able to partner with the owner-managers of one company in one industry in one region, and to progress to where we are today, has been personally rewarding.”

The key to that success has been finding the right way to align each company on purpose and vision, creating a common set of values the entire group understands and works towards. Niall Carroll shared three principles the group currently relies on to help their businesses compete with bigger, well established competitors and successfully execute larger and more complex projects.

“Purpose and vision alone aren’t enough,” explains Niall Carroll, adding, “You need to have the capabilities to execute successfully.”

For CG Tech this means operating within a unique ecosystem, where the various teams engage and challenge each other in a collaborative rather than destructive manner.  It also means ensuring that CG Tech is a good place to work, people feel confident in being able to challenge the status quo, and the group is able to attract and retain a steady stream of talent who identify with the value system .

“By having teams in different regions complement and support each other and having the leadership level of the group aligned both culturally and financially, we feel we have an unusually people-centric culture that underpins successful client service,” notes Carroll.

Niall Carroll figured out early in his career that in order to be truly successful you have to allow people to participate in the ownership of success. The participatory leadership structure employed by CG Tech sees the owner-managers of the group’s subsidiaries make up the holding company’s senior governance structure.

“Every leader plays a role in helping to shape the future of the entire group, rather than just their individual units,” explains Carroll, adding, “Our teams understand and are emotionally committed to the long-term strategic goals of the group, as opposed to just short-sighted success and localised annual profits.”

In establishing an environment and leadership structure that prioritises and values long-term goals, CG Tech has realised the potential in forgoing the quick buck in order to take care of their people and succeed on a much bigger scale later on. For example, during the recent pandemic when revenues were under significant pressure and future prospects were highly uncertain, costs were reduced through salary sacrifices and bonus deferrals rather than retrenchments. Everyone shared the pain, jobs were retained and the businesses have subsequently emerged stronger and more resilient than before.

“This type of investing isn’t about making quick money and cashing out even quicker,” says Niall Carroll. “It’s about nurturing a group of businesses in a way that adds value to our people, our clients and the communities within which we operate.”

For CG Tech, success in the age of disruption has come by aligning purpose and establishing a common set of values within the group. It is a method that has served them well during a global pandemic and one that Niall Carroll believes will continue to help the group’s ongoing resolve to serve stakeholders, solve client problems  and uplift the ecosystem within which it operates.

Packbrazy, 20, Emerges as the Most Promising Rap Artist in the US