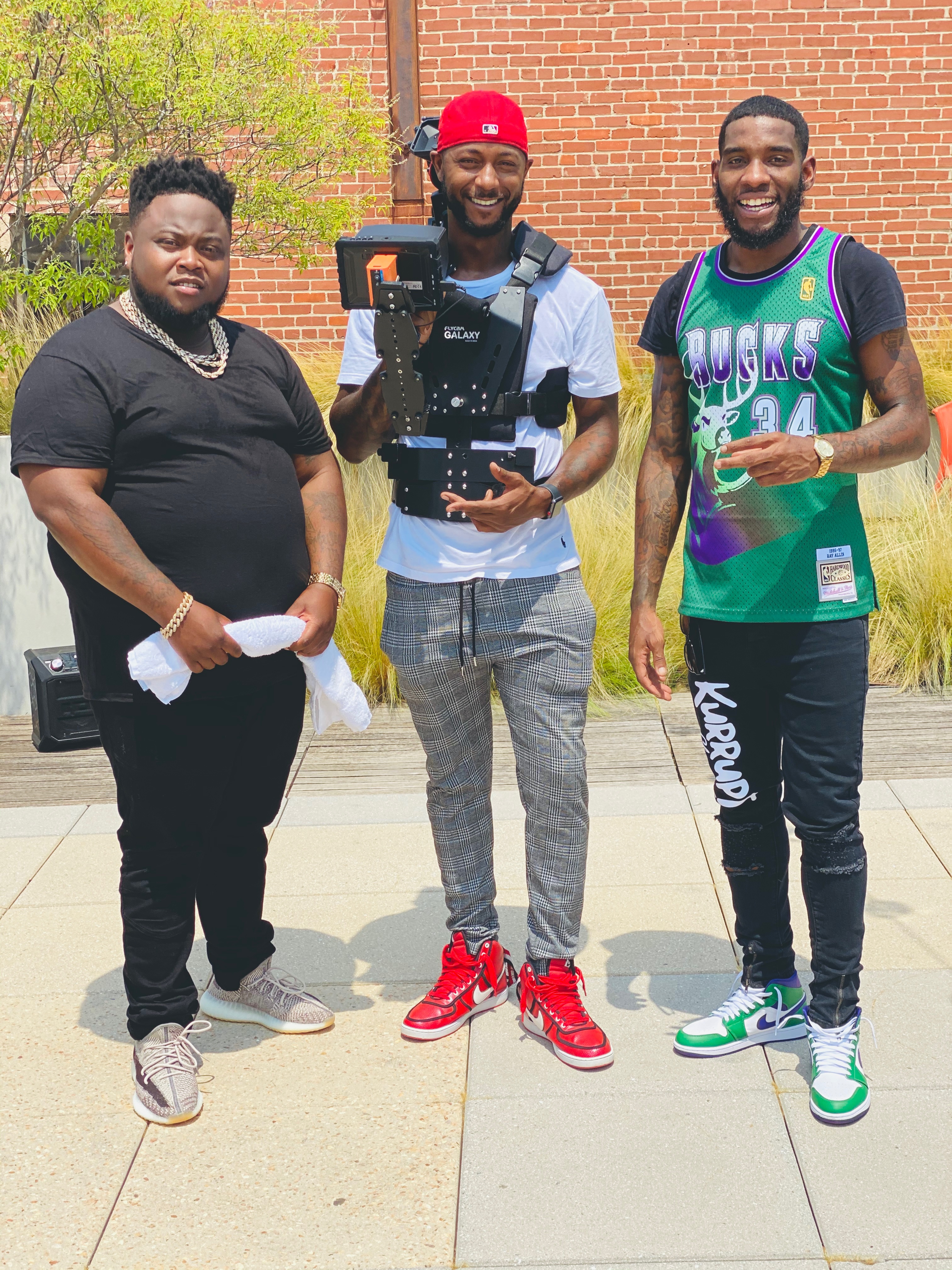 If you haven’t heard the name already then you’re sure to be hearing it soon. Video director Taylormade Jay is becoming a household name in the midwest and we decided to pick his brain and see what’s going on in his world.

Q: Let me ask you Taylor, what was the process like for you getting to where you are now. Like how did the “Taylormade Jay” movement start?

A: About 3 years ago I moved to Lawton, Oklahoma. I had already told myself that doing film was what it was going to be as far as “doing something with my life”. I just didn’t know how to get started. I was working a dead-end job and I wanted to quit. Once I said ok I have to do this because its now or never I started to just buy video equipment. Like I was literally not paying bills just to buy stuff. Amazon had became a drug for me lol. Once I got the essentials to start shooting videos I had shot a video with Stategang Vince who is an artist in Oklahoma City. He actually had came and filmed in Lawton. By the time he had gotten back to OKC he had his video promo and shorty thereafter the next morning he had his full video. He was mind blown. He had told me that other local video directors in his area were known to take 3-4 months just to get the video back. So that there lead him to referring me to other artists like Yung Jones and Soufwesdes and the fire just kind of grew. And I actually was shooting my first 3 or so videos for free just to even get content so people could see. I hated it but who was gonna shop with a video director from Florida who nobody had knew about. But hey it worked.

Q: I see. So when you say Amazon had became your drug, was it that bad? Like did you feel like you had a problem?

A: Man look, I was on Amazon ordering any and everything I thought I needed. Mind you I had never went to school to learn this. I was simply going onto YouTube and watching tutorials and watching other guys like Creative Ryan, YCImaging, and others and they had all this cool gear so yeah I was trying to match what I viewed as the standard needs for shooting a music video.

Q: Ok, so your’e from Florida. Moving to Oklahoma City was it what you thought it was prior to moving there as far as the music scene?

A: I was definitely taken back at the amount of talent that I was coming across. There are so many dope artists there both male and female. You have BFG Kloud, Soufwesdess, Grand National, June Papi, Naso Bo, N7 & Pwap, K.O., E Shavon, SBMG Kaydiee, and she’s actually my artist now. But yeah man Oklahoma City is a gold mine. Oklahoma period. There are others in other cities but I tell you this with all confidence that if record labels spent more time with their eyes and ears in Oklahoma there would be talent getting discovered every 24 hours. It’s just that dope there.

Q: As a video director was are some of your biggest pet peeves when it comes to artist working with you?

A: I’d have to say my biggest one is when they use the term “Camera man”. I don’t shoot news events. Those are cameramen. Thats the equivalent to saying “that guy or girl with a camera”. I am a video director!  But other small stuff I dislike is when artists fail themselves by not being creative with they music videos. They spend all this money to shoot a video and want to shoot the locations n just bounce around with their homies, pointing guns, etc. Like what can you do creatively? I do offer video treatments as a service but usually the ideas I drum up come with a bigger price tag  than what the artist had initially planned on doing. I think If artist new the full power of an music video and how it helps grow your fan base and revenue, think they’d be a little more creative when doing them. And yes I know they are normal people with jobs, family, bills, and all that but I don’t care. In the music game if you are going to put your foot out there make sure its the best step you can possibly take.

Q: Who has been the best artist you’ve worked on a video for?

A: Yung Xayy. Hands down. That boy not only makes good music but from the time I shot his first video to the latest one we’ve done, he has grown creatively and musically. All I’m going to say is go watch the  Yung Xayy “Dangerously Surfing” video. It might have taken us 13 hours to shoot but I was worth every hour. And shout out to the girls in that video because they was struggling getting those vampire teeth glued in their mouths.

Q: Who would you say is your biggest competitor in the video directing realm?

A: I have no competition honestly. No one will ever shoot, edit, or direct like me. Just like I will never do it like the other creators in my area. I’ve developed a mainframe of thinking that everybody has their own style and way of doing things. These things are what keep clients coming back to us. Viewing someone as competition means you somehow think they can be or are better than you in certain aspects and frankly, I feel, there’s nobody messing with me. And that’s confidence talking not cockiness.

Q: Name one person you feel has helped you in your career and why?

A: I’d have to say Michael Spencer. He literally invested in new gear for me because I was literally working with the bare essentials to shoot. He didn’t do it to make money or none of that. He literally told me he believed in what I had going and I was up next. Anytime something video related comes up he’s always referring me. I’d have to say J Poe as well. He’s a Core DJ MC in OKC and he’s been plugging me with opportunities which lead to bigger ones so yeah those two definitely are getting blessed when I blow up.

Q: Last but not least, what are your plans for 2021. Any new year resolutions or goals?

A: I definitely have goals. I don’t do resolutions. Resolutions are like false promises to yourself. I feel like if you want to make a change in a new year you should have began to make that change the previous year so when the new year hits your already doing or used to doing it. Doesn’t matter if it’s saving money, working out, eating better, all of that. But as far as goals, I definitely want to hire more film crew members. I want to get into doing featured films, shorts, and exploring a few film festivals. But my biggest goal is to open a full video production location. There are a couple around my area but I want to make something epic for the local artists who have lower budgets. You go to Los Angeles and Atlanta and they have all these various studios to do great creative things but we lack that in Oklahoma City. So yeah that’s pretty much what I want to accomplish in 2021. Even if I don’t I want to make big strides in getting those accomplished in the future.