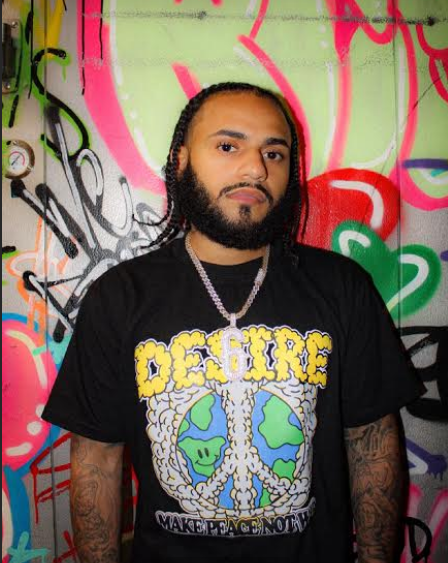 Among the thousands of aspiring rappers in the world, it’s hard to stand out and truly leave your mark on hip-hop culture. When you’re not only a young father but also an aspiring rapper, it’s especially difficult. That’s exactly what Joseph T. Rosario, better known by his stage name Swav6, has done, however.

A rising talent, Rapper Swav6, whose real name is Joseph T. Rosario, was born on February 19, 1995, in Harlem from Polo Grounds Projects, and grew up on 6th st in Allentown, PA. Raising a small family helped him hone his craft. The style of his music has been influenced by several notable individuals, including Michael Jackson, Drake, and Lil Durk. He went to jail for 2 years after the record he did with 600breezy. He came home & changed his name from “Young Swav” to “Swav6” also since his release he has dropped 3 singles “Fame” was the first, “Dior Me (Toxic)” was 2nd & Mad At Me was 3rd and his desire not to disappoint his daughter, he was inspired to pursue his passion as a musician. The first song released by FAME is about the struggles he faced throughout his life, but staying motivated to chase after dreams.

A short introduction to his career

Swav6’s freestyling with close friends was just the beginning of a new life for him. With the support of his closest friends, he has been able to make music that he can’t wait to share with the world. Since joining the GoodVibeMusic label as a new artist in 2019, he has been releasing singles that have been received well by the fans. The songs are made up of clever wordplay combined with some danceable rhythms. He wants listeners to feel uplifted when they hear his music and also empowered when they want to take charge of their own lives. On top of that, Swav6 wants listeners to know it’s okay not to be happy all the time because you don’t always get what you want from life or from others around you.

Singer-songwriter Swav6 dropped his first single called “Fame” with his new artist name Swav6 he used to be known as “Young Swav” & most notably known for his record with 600breezy which went viral called “6ix Hunnit”. The “fame” track was met with so much success that it gained over 250,000 streams and 60,000 views for the music video. In addition to gaining recognition as a solo artist, he recently had a massive collaboration with another native known as Izzie TG is only available on SoundCloud at the moment. They teamed up for an explosive new song called IF ITS UP which just dropped recently.  It has been getting major plays across all streaming platforms. We’re excited to see what’s next from this young father and rapper on the rise! His vocals have an effortless flow that we can’t get enough of! He sings with such passion and feeling; you can feel his pain through every word. It’s no wonder why listeners are drawn to him like moths to a flame!

Listen to his Songs on SoundCloud.