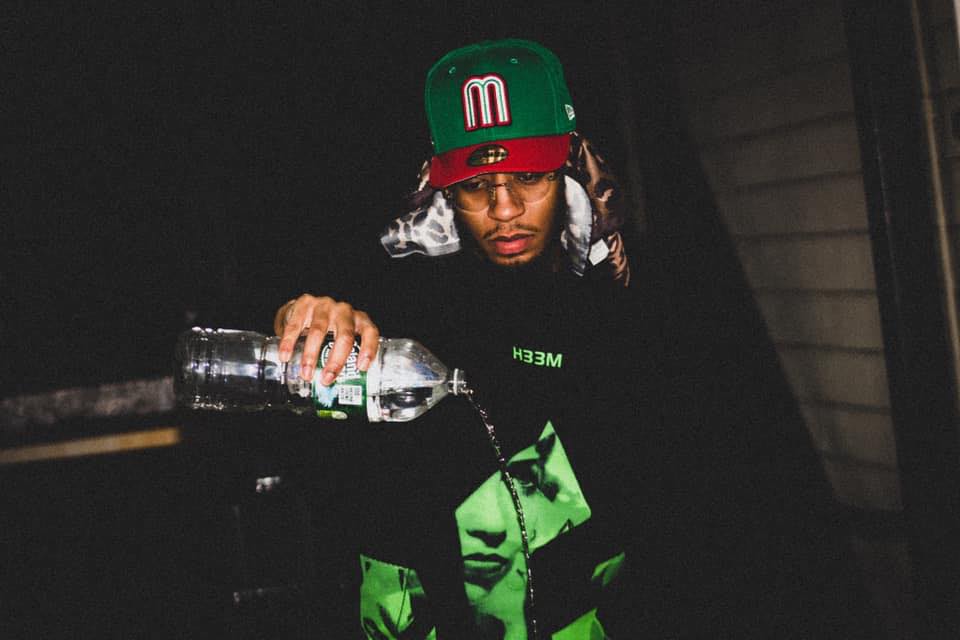 Raykatanna has been making noise as an artist for some time now. The New Jersey native has overcome poverty and violence to get to where he is today, making his story an interesting one. We got the chance to sit down and talk to with the rising artist. Check out the interview below:

Networking and building relationships has gotten me to where I am today.  Overcoming poverty, violence, gangs and drugs I was able to build connections all around to help me broaden my horizons. From growing up not knowing my Dad to being held at gunpoint at age 13 the statistics will tell you I’m not even supposed to be here right now but God has bigger plans for me.

I started doing music in 2014 during my freshman year of college. One of my good friends had a mic and a laptop and one day after class we were sitting around freestyling. He told me that I had voice that stood out and a flow to match and I cooked my first few songs right in his dorm.

I’ve always been in love with music since a child. My favorites to listen to growing up were Eminem and Michael Jackson. Both of those artists really made me feel their lyrics and it always stood out to me.

Sheesh, there’s a few. Well to begin I was bullied a lot in elementary school mainly because I’m Muslim and my parents would send me to school with my religious clothing and the kids gave me hell for it. I’d be in fights and in trouble all the way up until graduation. I almost didn’t graduate from the 8thgrade because of how much I was getting into fights. Then there’s the obvious … NEWARK.

13thin the Us in homicides, avoiding gunshots while playing basketball at the park, drug raids, as well as being careful as to not get caught up with women. Newark has one of the highest HIV/AIDS rates in the entire country! I would say most of all just surviving here. If you can survive in Newark you can make it anywhere.

Lil Wayne. I think he is like the God Father of modern Rap. If it wasn’t for Wayne there wouldn’t be a Drake, Nicki Minaj or Young Thug and you can see how those three changed the culture forever.

I want listeners to understand that my music has no limits. I try to paint a verbal picture with every verse and you’re bound to have one of those “Did he just say that?” moments.

Performing in front of thousands of people in my hometown. Every summer there’s a festival called the Highlight Festival and it host artist in the city as well as some neighboring towns. For me just to finally get a chance to show my city that I’m really nice was a beautiful thing.

I don’t produce my own music but I have a producer his name is QbDaWizard. He’s really a music nerd like myself and he really knows how to get beats that tailor to my voice and energy. He’s really a wizard.

One artist that I wish I could work with would be Brent Faiyaz. He’s like the ultimate heartbreaker but makes it sound so good. I think working with him would super dope.

Well Black Mona Lisa came out October 30th. I named it that because I’m really painting a verbal picture as I race thru the song. Its built almost like a freestyle because there is no real “hook” tho towards the end I repeat the chorus.  The song came to me when I met this beautiful woman. She was like perfect, nice skin, long hair, body built crazy but she never came off like she was better than anyone. She carried herself so well almost like an artist who paints and she was the living piece of art.

Meditation early, I pray 5 times a day, I’m also a marketing manager with thousands of clients so checking in on then and assisting them as well as signing new clients. Then there’s that mid-day work out. More meditation, followed by a trip to the studio, uploading content on the socials and closing the day with mindfulness and gratitude.