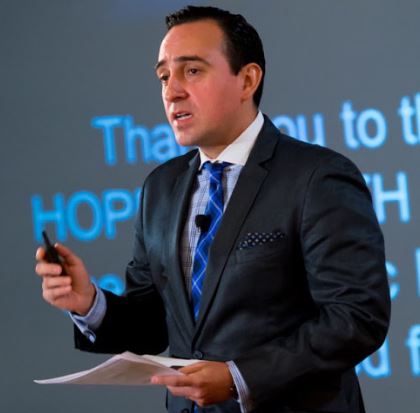 The pandemic created entirely new challenges for one of the most persistent social issues faced in the United States; the homelessness crisis. Although there have been several stimulus packages, eviction moratoriums, and other forms of local relief for vulnerable populations, that still has not been enough to solve the alarming growth rate in homelessness. There is hope though, with the latest stimulus package including $150 billion for county and city governments to deploy for solutions on the frontlines of their local areas.

Andrae Bailey, Founder of the Florida based nonprofit, Rethinking Homelessness, says “the problem is too complex to simply throw more money at it and expect to have good outcomes.” Instead, Bailey believes a coordinated approach that builds a local coalition is the first step in finding real solutions. Rethinking Homeless launched in 2016 and has partnered with hundreds of communities from Orange County, Florida, to Orange County, California to implement their collaborative strategy.

The coalitions consist of elected officials, business, faith, and philanthropic leaders that create groundbreaking homelessness initiatives and perform cutting-edge advocacy campaigns. Bailey believes that when local leaders are empowered with the tools to address the crisis, they can help elevate the lives of their communities most vulnerable populations.

Hundreds of communities around the United States have now started the implementation process of the coalition-based strategy. Addressing panhandling, encampments, housing for veterans, chronic homelessness, supportive housing, and other poverty related challenges, are some of their major areas of focus. Many metro areas around the country were starting to make great progress by using the Rethinking Homelessness model, but then the pandemic turned everything upside down.

Faced with the added challenges of quarantines, the work of the Rethinking Homelessness coalitions around the country came to an abrupt halt. Bailey knew that technology would become an important tool to help get the coalitions active again and to also duplicate those efforts in other areas of the country as the crisis grew. As a result, Rethinking Homelessness has created one of the largest digital networks for social good in the country. They have now added a major resource for the coalitions by implementing a digital collaborative model with more than 1,400 elected officials and representatives from nearly 2,000 municipalities from around the country participating. “It’s been great to see technology empowering leaders from so many communities as they take on the challenge of homelessness during this difficult time,” said Bailey.

How the American Rescue Plan will Transform Homelessness

The most recent federal stimulus included a provision to support solutions for the growing homelessness crisis around the nation. Specifically, the American Rescue Plan allocates funds to address homelessness, eviction prevention, and poverty alleviation. The challenge, though, is for local leaders to find the most effective programs that will fund solutions for the vulnerable communities that need it most. Spending more money without it reaching and impacting those in crisis would only add to the challenges faced by communities.

Bailey believes that this is the opportunity of a lifetime for leaders of municipalities to effectively address complex challenges in their communities.  Addressing homelessness requires developing solutions on a community level. Now is the time for elected official to have a collaborative approach on deployment of stimulus funds.

The Case for Technology as a Bridge

Andrae has spent his entire career, over 20 years, addressing social issues that range from food insecurity to addiction. He launched the social enterprise Change Everything, to serve as a hub to coordinate solutions for some of society’s greatest challenges. His work as the Founder of Rethinking Homelessness, and as the Founder of the important overdose response initiative Project Opioid, was built around the concept of in-person meetings. Historically, those meetings could sometimes take weeks or even months to get everyone involved.

When the pandemic hit, he could no longer hop on a plane to fly across the country for coalition organizing with elected officials and community leaders. Instead, at a time when poverty, job loss, overdose deaths, and homelessness were all spiking at alarming rates, he was forced to halt all his efforts. The growing crisis was too much to endure though, so Bailey felt an overwhelming urgency to adapt.

Shifting their efforts to a new digital platform approach has proven instrumental in bolstering the efforts of their coalitions around the country. Bailey believes that this adjustment has actually created an even larger community of impassioned leaders addressing the most critical social issues because it has eliminated barriers to rapid communication. This new approach to fostering collaborative coalitions is what Bailey credits for the exponential growth in participation by business, faith, and philanthropic leaders, in addition to elected officials. The homelessness crisis is far from over, but with the encouraging effort he is seeing around the country, Bailey believes that real, generational, and lasting change is possible.

How Khaleila Davis Went From $100,000 In Debt to Being a Personal Finance Advisor