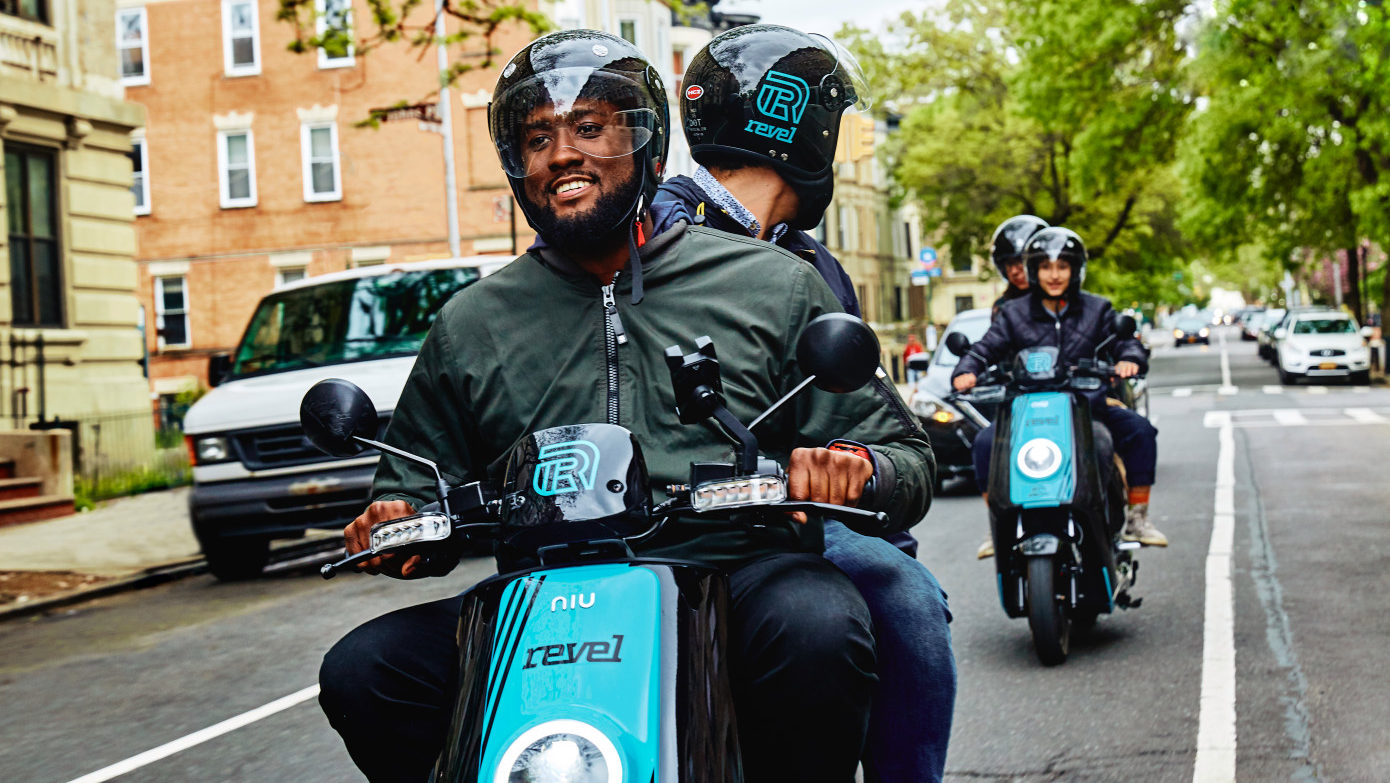 It has taken less than two years for Revel to go from just an idea to disrupting the moped market and becoming a shared electric vehicle startup! Currently, Revel has more than 1,400 mopeds across Washington, D.C., and Brooklyn and Queens, New York. Now it’s ready to scale and grow beyond these three cities after raising $27.6 million in capital from a Series A round led by Ibex Investors.

The $27.6 million will be used to help Revel to scale up. CEO and co-founder Frank Reig said this growth will extend to its fleet of scooters within the cities it currently operates as well as expand into new markets.

The idea for Revel was born out of Reig’s travels to Buenos Aires, Argentina, where he witnessed locals on every form of a two-wheeled vehicle.

“A sort of light bulb went off my head, and I asked myself, ‘why is it not a thing in the U.S?,’ ” Reig told TechCrunch in a recent interview. “I came back to New York, started studying the market more and saw all these electric moped operators had been popping up in Europe over the last few years and just realized that if I don’t do it, somebody else will.”

The company started out with a small pilot of 68 mopeds in a few neighborhoods within Brooklyn. In May, after a nine-month pilot, Revel pulled the original mopeds it used in its limited pilot and replaced them with 1,000 new models built for two riders and equipped with kickstands for parking. With more mopeds in its fleet, Revel expanded the service to more than 20 neighborhoods in Brooklyn and Queens. In August, Revel launched its service in Washington, D.C., where there are now more than 400 mopeds.

Revel rides cost $1 per person to start, followed by $0.25 per minute to ride and $0.10 per minute while parked. Revel says it will cut the cost by 40% for eligible riders — and give them a $25 credit — through its Revel Access program. Riders who use public assistance programs like SNAP or live in NYCHA housing are eligible for the program.

The 2020 Next Generation Electric Scooter by Fluid Freeride