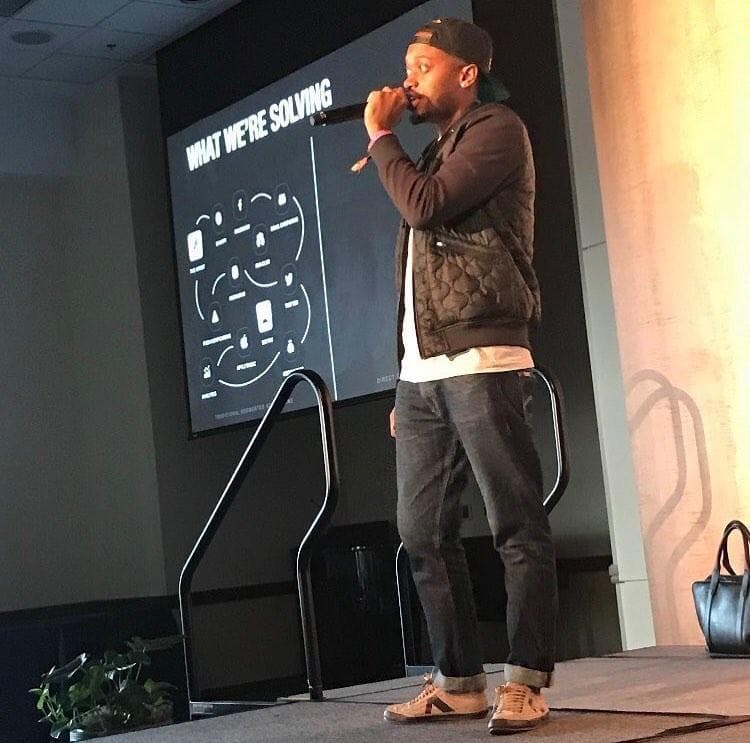 Rey Clemons, one of the youngest and most focused entrepreneurs we have come across, has been such a great inspiration for upcoming and established entrepreneurs in the world. With his business partner Lynn Banks they created (http://thefamousfactory.co) and In less than a year they created a six-figure business. Not too much time after, Rey created Uberwood Agency (http://www.umdigital.me) which offers data-driven advertising for E-commerce companies and brands and Uberwood digital ( http://ubrwddigital.com ) that offers website protection for personal, business, and E-commerce websites. Rey takes us through his journey to help us understand where he came from and how he got to reach a six-figure status within such a short time.

Encountering Challenges but Learning from His Mistakes

After college, Clemons had to find his way through the world of entrepreneurship, where he not only wanted to focus on himself but also wanted to help others grow. Though not as easy as he thought, he did not give up on what his heart wanted to follow. One of the biggest challenges he faced during his early months was that he was not able to figure out the specific services to offer. He wanted to go for something that would help a lot of people along their journey.

From his college life, Rey explains to us that the things he did helped shape him to become who he is now, like many others that stay the course in their journey.. Everything that he chose to do impacted his life in one way or the other. He failed a couple of times and made countless mistakes because he was still not aware of his chosen path. However, his love of sports and competing taught him to be patient and it was something much needed while getting into entrepreneurship. He had to learn perspective and awareness from mistakes early on.

Best Decisions Which Contributed to His Success

Aware of the fact that he was still so young and fresh in the entrepreneurship industry, he started listening to some of the most successful entrepreneurs like Gary Vee, Tim Ferriss and Lewis Howes who had taken their time to choose a specific niche in their life and they stuck with it. Listening and targeting what he wanted to do helped Rey gain the strength to take another step.

From the same, he had to allow himself to get uncomfortable with the things he could not do, to grow. “I’m still working on building my brand every day being that I’m an introvert, but I know it’s important to step out and be uncomfortable to grow,” he mentions. He later met with another successful business person, Lynn Banks, with whom they developed a great partnership together to build The Famous Factory, Which offers services for artists and labels.. Rey has allowed himself to learn from what he is doing and from the people around him. “I’m taking it all one day at a time, I will always remain a student and keep learning as much as possible,” he says.

That is how he has been able to create a six-figure agency within such a short period of time, and he says this is just but the beginning. He consistently writes out  the goals he wants to achieve and has visualized some forms of success. Reaching a six-figures is not one of his ultimate goals since he still has a lot more work to do and a lot more people to help.

Rey and his partner Nick Hayes created Uberwood Digital that mainly focuses on cybersecurity, where they provide website protection from malware, anti-virus, blacklist, and firewall protection.

The most important aspect of any business is its ability to deliver its goods and services. The inability to meet customer needs has far-reaching ramifications that can damage relationships and reputations. Almost every business has some level of web presence, whether it be for blogging, information, or e-commerce. In the digital space uptime and availability and speed are paramount to not only attracting customers but also getting them to return. Web security, although sometimes overlooked or incomplete, makes sense. On average, websites are attacked over 50 times a day and that number is continuously rising. More than half of internet traffic is automated from bots, meaning no site is too small or irrelevant to attackers. Our goal is to protect our partners and empower them to continue meeting the needs of their customers, confidently and securely.

Rey at one point lost some of his client’s websites because of malware, of which he had to rebuild them from scratch, and so he thought it would be a perfect idea to help entrepreneurs stay protected together with their businesses and their personal information. Moreover, with no doubt, the idea was excellent.

Rey Clemons has brought us to an understanding that it’s not just about self-growth that helps one achieve what one wants to accomplish in life. It’s also about minding others and allowing ourselves to be flexible enough. We have to come out of a basket that we think our world revolves around, and open our eyes to see what we are capable of doing. Rey Clemons has been working on building his brand because he has learned that being an introvert will not only stop him from doing what he wants to do but also shatter his dreams and goals.