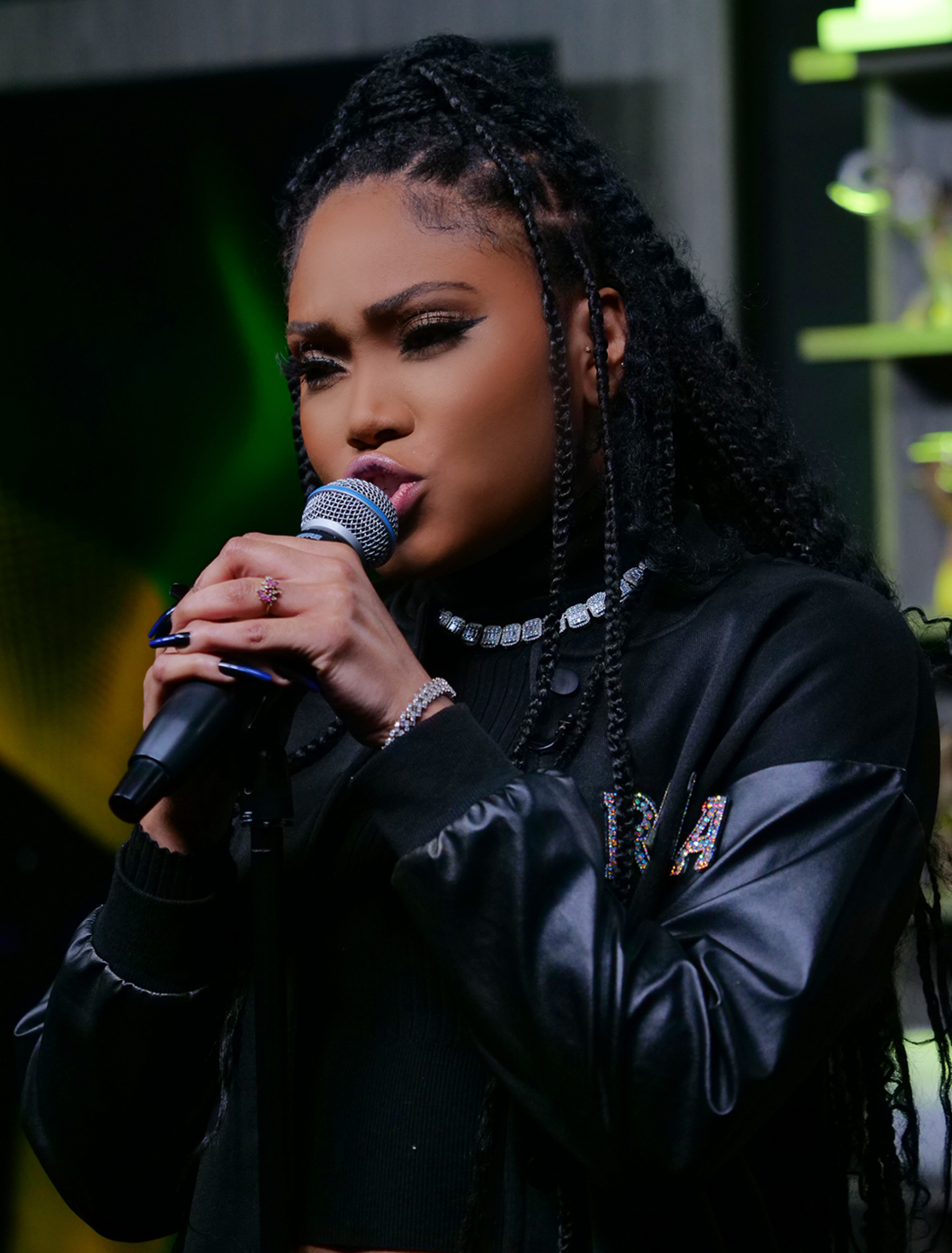 Fresh from the premier of her highly anticipated duet single ‘Flea Market’ with multi-platinum selling dancehall artiste Charly Black, the versatile Ria Rania, who dubbed herself as “the pure musician” hails from the outskirts of Westmoreland, Jamaica. Ria, who now boasts a catalog of over 50 songs since her professional inception in the music industry in 2018, made a seamless transition from ripping the runways locally and internationally for over a decade, capturing illustrious beauty pageant titles such as ‘Miss Fort Lauderdale USA’, ‘Miss Jamaica Diaspora’ and ‘Miss Icool 2018’.

Racquel Service, more popularly known as Ria Rania, who is an artiste, model, actress and songwriter, likes to describe herself as “an all-rounded creative”. As a graduate of Huntington University in Indiana, USA, Ria laments the idea that musicians have to be labeled and placed in a box of expertise, as she was assiduously groomed in college to always think outside the box.

“Due to my exposure to different cultures, being born in Jamaica and growing up in the states, I adapted to different styles and flavors, then applied them to how I make music. You can’t put my music in a box; it’s a mixture of dancehall, hip-hop, pop and sometimes even reggae. I’m proud of my catalog because there is a song for every listener. When they hit, they hit you from the four corners of the earth,” Ria Rania told Disrupt Magazine.

As a voice for the voiceless, especially the young girls from the urban diaspora that she so proudly represents, Ria has positioned herself to be the next female music protagonist exploding from the Caribbean in the near future. Without any expectations of an easy ride to the top, Ria has proved that she is willing to do the groundwork that is necessary for her musical ascension. During her music journey, she has been continuously educating herself while learning from artistic predecessors she values as instrumental mentors.

“Well, you know, I studied theater performance in college, so that gave me courage, the knowledge and the skills to be in the spotlight and to handle pressure. Also artists like Whitney Houston, Toni Braxton and Celine Dion are my idols. I used to practice their songs all the time in the mirror before I started to write and perform my own. I knew they did not reach where they got to without hard work and dedication; that’s why I’m always in the studio recording, learning, reading and observing meticulously,” she said

Notwithstanding the genre or style; It seems as if any beat you challenge the multifaceted Ria Rania with, her performance not only gives the beats justice but she seems to cast a spell on the minds of the listener, sending them into a compelling rabbit hole searching for more and more music from the talented performer. In songs ‘If You Choose’, and ‘Boss Up’ Ria seamlessly situates the lyrics on the hip hop instrumental as witty, cleverly and stylistically as any seasoned rap artist in the hip hop industry. Likewise, in songs like ‘Games’, it’s hard to distinguish Ria Rania’s quality delivery from artists she draws inspiration from, such as the likes of Rihanna and Keishia Cole. In her raunchy release ‘Honor Me’, Ria shows why she earned the versatile moniker by proficiently incorporating explicit timely punchlines with precocious subtle complementary harmonies on the dancehall beat.

In an interview with Disrupt Magazine, Ria gave insights into her musical variety, versatility and functionality as it relates to the aforementioned tracks.

“What you hear on those beats are my different personalities as a Gemini. Those songs express the different sides of me and show my ranges, vocals and diverse ability as an all -rounded creative. If you want some Hip-Hop, you will get it ‘If You Choose’ me, if you want some pop, two can play these ‘Games’ and it doesn’t stop here, and if you want some dancehall, “Honor Me” and I’ll take you there,” Ria said emphatically.

The Versatile Journey Behind The Captivating Artist :Şahsenem Saphira