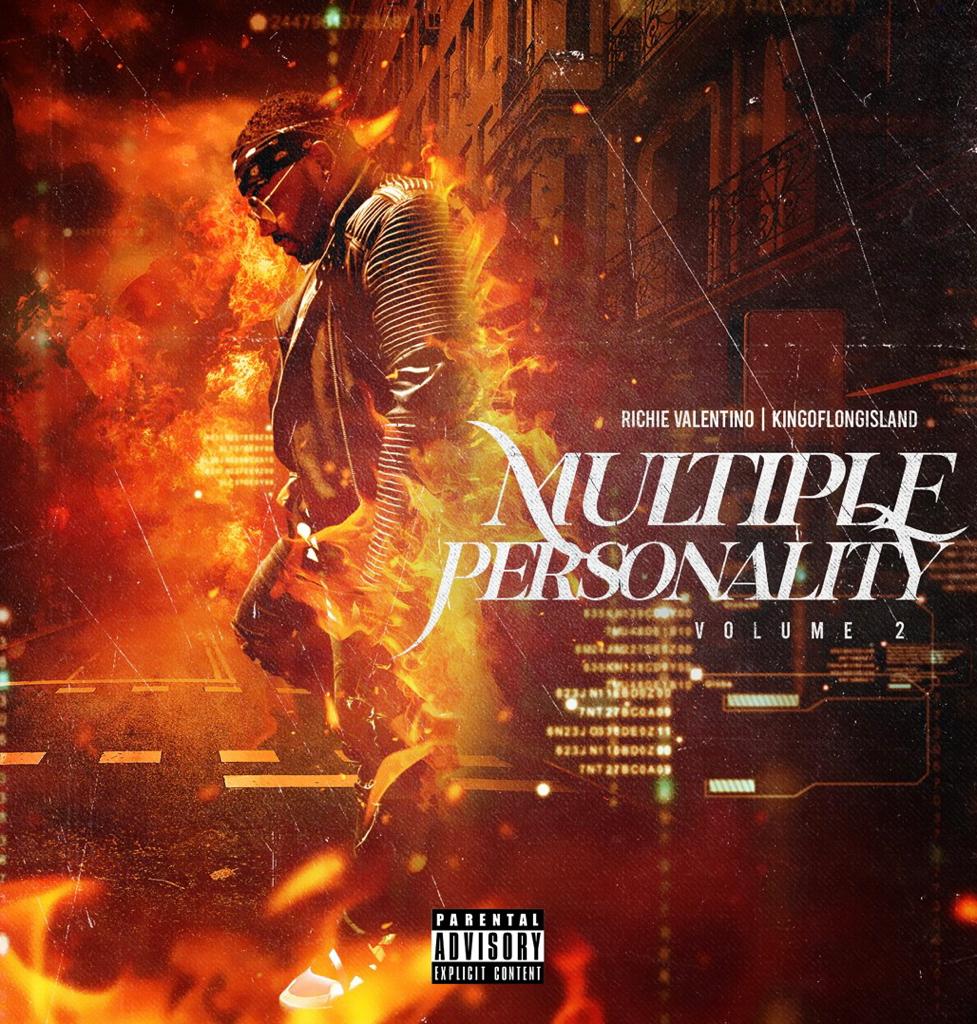 Richie Valentino (also known as The King of Long Island) is back with more heat for his audience! The rapper/artist has just released his second album, ‘Multiple Personality: Volume 2’, which displays his abilities as a musician and further displays his talents on a new level. The 10-track album is jam-packed with hits and puts Valentino in position to really show the world what he can do. He capitalized off the momentum of the release by dropping this project on his birthday, October 10. Now, Valentino is enjoying the positive responses to his hard work and basking in his finished product.

‘Multiple Personality: Volume 2’ is truly a work of art. It includes appearances by Jim Jones, Obasi Jackson, and Blue Diamond, all of whom contribute to the project’s variety. “Forever Cooking,” which is the song that features Jim Jones, is just one example of the way that Valentino is able to bounce off the dynamic energy of a collaboration.

Valentino is someone who has been a part of the entertainment for a long time before deciding to pursue a solo career in music. In reality, the Long Island-based independent artist has built a reputation as a well-known concert and nightclub organizer by reviving the Latin music industry in the region by bringing big-name artists like Pitbull, Nina Sky, and Don Omar to the island’s nightlife scene.

‘Multiple Personality: Volume 2,’ the Long Island native’s latest endeavor, provides audiences another taste of his distinct style and puts his abilities on show for everyone to see. Valentino distinguishes himself from the competition with his strong delivery and subtle melodies. Fans will hear Valentino’s “different sounds” on notable tracks such as “Without Your Love,” and “Too Much” where he really switches it up. Not only can he rap, but he can sing and it’s clear he knows how to create a unique vibe on any song.

Valentino recently stated that “A lot of time, energy, and love was put into this project I want my fans to recognize my versatility in this project. I want them to walk away from listening and say, ‘wow this kid really has multiple personalities.’”

Follow Richie Valentino on social media to stay up to date on his latest projects. We wish Richie Valentino Goodluck for his future, Valentino is enjoying the positive responses to his hard work and basking in his finished product. Be sure to stream ‘Multiple Personality: Volume 2’ below.

WHERE ARTIST JAYY JONES IS HEADING IN HIS CAREER