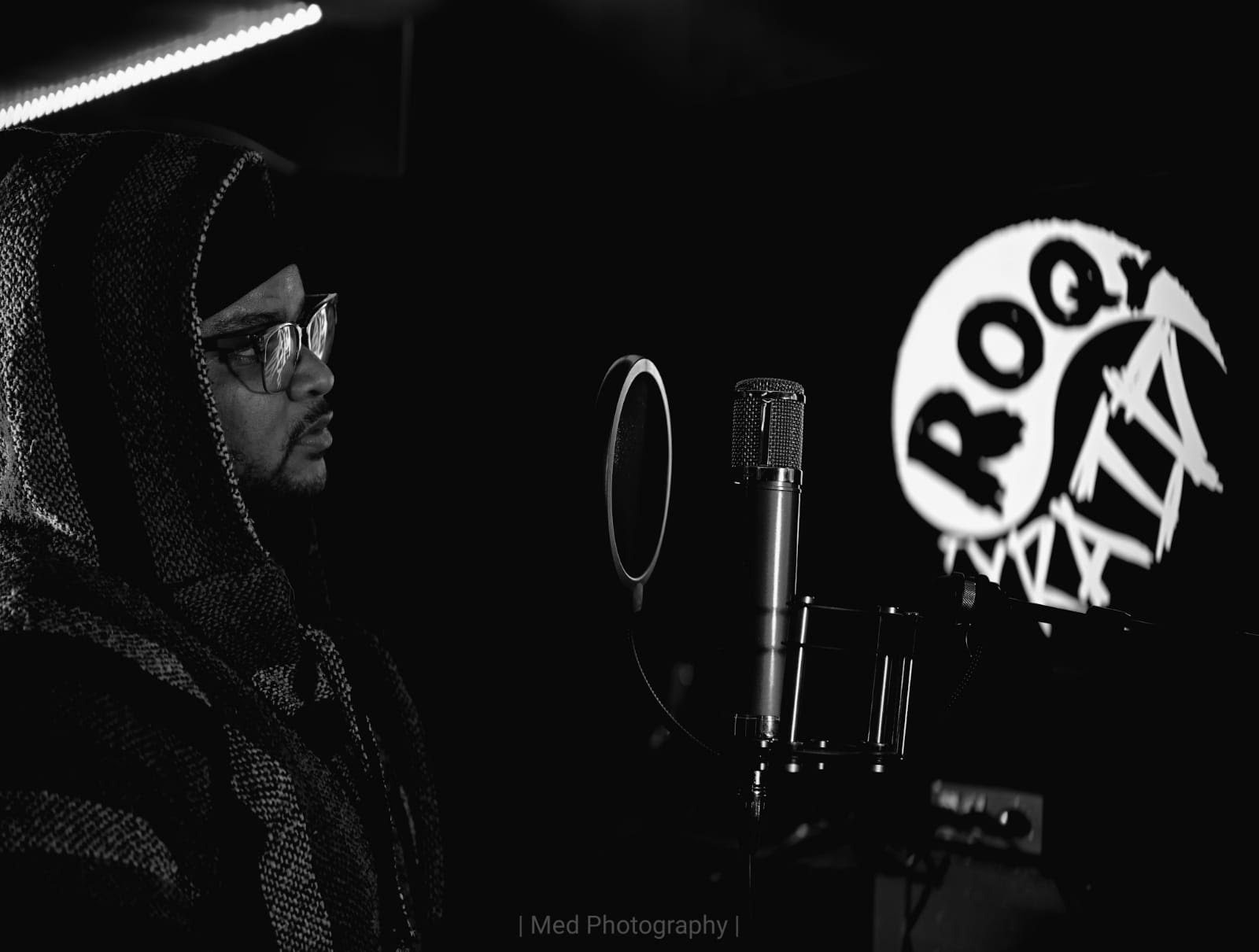 To those in the know, Roqy Tyraid is seen as of the most naturally gifted emcees in the culture. A lyricist’s lyricist whose loyal following ranks alongside heavyweights like Royce or Black Thought, Tyraid is a highly respected cult favorite and a perennial underdog who you can’t help but root for. Factor in his social commentary (an area in which he very much walks the walk), and you have a more thorough understanding of the skillset that propelled such a formidable resume. From appearances on Ebro In The Morning to Sway’s “The Wake Up Show”, Roqy Tyraid has been able to take his talents worldwide and deservedly so.

Roqy found his way to a Green Lantern-hosted project (entitled OUTBREAK) in 2019, contributing an abundance of fire to the fold. Highlight records and visuals include both Green-produced records “Rectified” and “Tikka Masala,” as well as the grime dubs “MC4Real” and the politically-charged “FCC Approved.”  An honorable mention going to the mind-bending “IWMAO,” produced by Nameless.

When I asked Tyraid to elaborate upon his inspirations, he responded as follows: “An inspiration I have for this is my brother Mega Ran, having watched him stick to his guns and incrementally find progress over the past ten years since he first told me of his plans to pursue his path full-time…Another inspiration would be the entirety of Griselda Records/BSF for their ability to stick to their niche and, despite being classified as middle-aged artists, break into conversations later in life, as if they were beginning their adventures of early adulthood.  They defeated ageism to a degree that it’s not even mentioned.  They inspire me to venture forward.” I have to co-sign of what he just said as Mega is a force to be reckoned with, and Griselda’s triumph over a landscape rife with ageism is something that goes way too under the radar.

Ultimately, Roqy Tyraid’s aspirations coincide with that of many dope artists: to live comfortably while reaching the people who will appreciate his creations. He recognizes this starts with quality and consistency which leads to a larger following/more engagement/triggering those ever-elusive and oftentimes nebulous algorithms.He’s got the consistency and quality down-pat and is building momentum to conquer the remainder. His Tyraid Tuesday series is definitely worth checking out as well. Ultimately, now is the time to jump on board, and you can do so by giving Roqy Tyraid a follow below:

J.Luciano: A Rising Star with the Potential to Become an Icon in the Music Industry