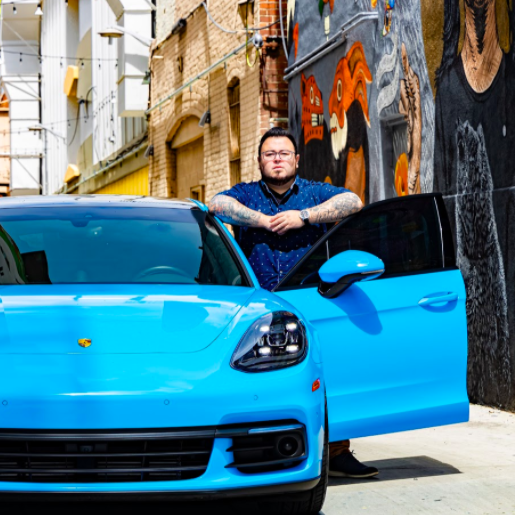 Sales and telemarketing jobs are incredibly important, but difficult positions. These days, very few people pick up the phone and when they do, they often do not want to talk to a telemarketer  or anyone who is trying to sell them something. Ryan Rios was able to make a career out of this very tough job and become successful. He began this job after struggling with finances himself.

“My sales career started back in 2013 when I came across an ad on Craigslist. During this time I had just lost my warehouse job, my car got repossessed and I was living in a trailer at my mom’s house.” Explains Ryan.

Ryan could barely make ends meet just to make it to the interview, but the difficulties were worth it for Ryan. He was able to start working and saving money even though it was not a lot of money coming in week to week. This was Ryan’s first introduction to the telemarketing industry.

“I had to borrow 2$ from my mom to ride the bus to make it to the interview. This was my first introduction to telemarketing sales. I got the job and it paid 190$ a week which was a salesman draw during the time it was equivalent to $5 an hour lol . I took the job and made just enough money to move out from my moms and rent a room. I rode the bus to and from work in the beginning of my career.” Remembers Ryan.

From there, Ryan began doing something different to differentiate himself from his other telemarketers. He began training under an expert named Ricky Gomez. The hours in which they trained were long, but the results began to show. Rick taught Ryan everything he knew and made him into one of the best telemarketers.

“I started training with Ricky Gomez. He would pick me up and we would train literally from 4am to 7pm. He taught me all the fundamentals and how to sell. Once I was good enough in his eyes, he introduced me to Kris Gomez aka Shark who is his brother, and Kris taught me how to sell big. Since then, I’ve broken many records in the telemarketing industry and have been the #1 top producer for the past couple years.” Exclaims Ryan.

When Ryan says that he has been breaking numerous records, he means it! He has been one of the most successful telemarketers since beginning his career in the business. His success has not only changed his life, but also the life of his family. Instead of living paycheck to paycheck, they have been able to enjoy life more and not have to worry about finances.

“I became one of the Top Producing Salesmen in the nation in the telemarketing industry in under four months, which makes me the fastest person to do so in the company’s history. I made my first six figures at the age of 23. Since then, I’ve broken many records in the Telemarketing Industry. I am the first person to ever produce seven figures in a year as an individual; most offices don’t do so. For the past couple years up until now, I’ve been the #1 salesman in our industry. I’ve done over 5 million in sales in my career thus far.” Says Ryan.

Ryan’s career obviously did not start off in the best of places. He truly had to struggle and work hard to get to where he is now. All of this hard work could not have paid off more as he is now known as an expert in sales unlike any other telemarketer before him.

“Things changed for me when I changed my mindset. In the beginning when I started my career, I rode the bus, rented a room, and would blame everyone but myself for my situation. Once I stopped playing the victim role things changed for me.” States Ryan.

Related Topics:Ryan Rios
Up Next

Up Close and Personal Interview With Global Speaker Eric Feng