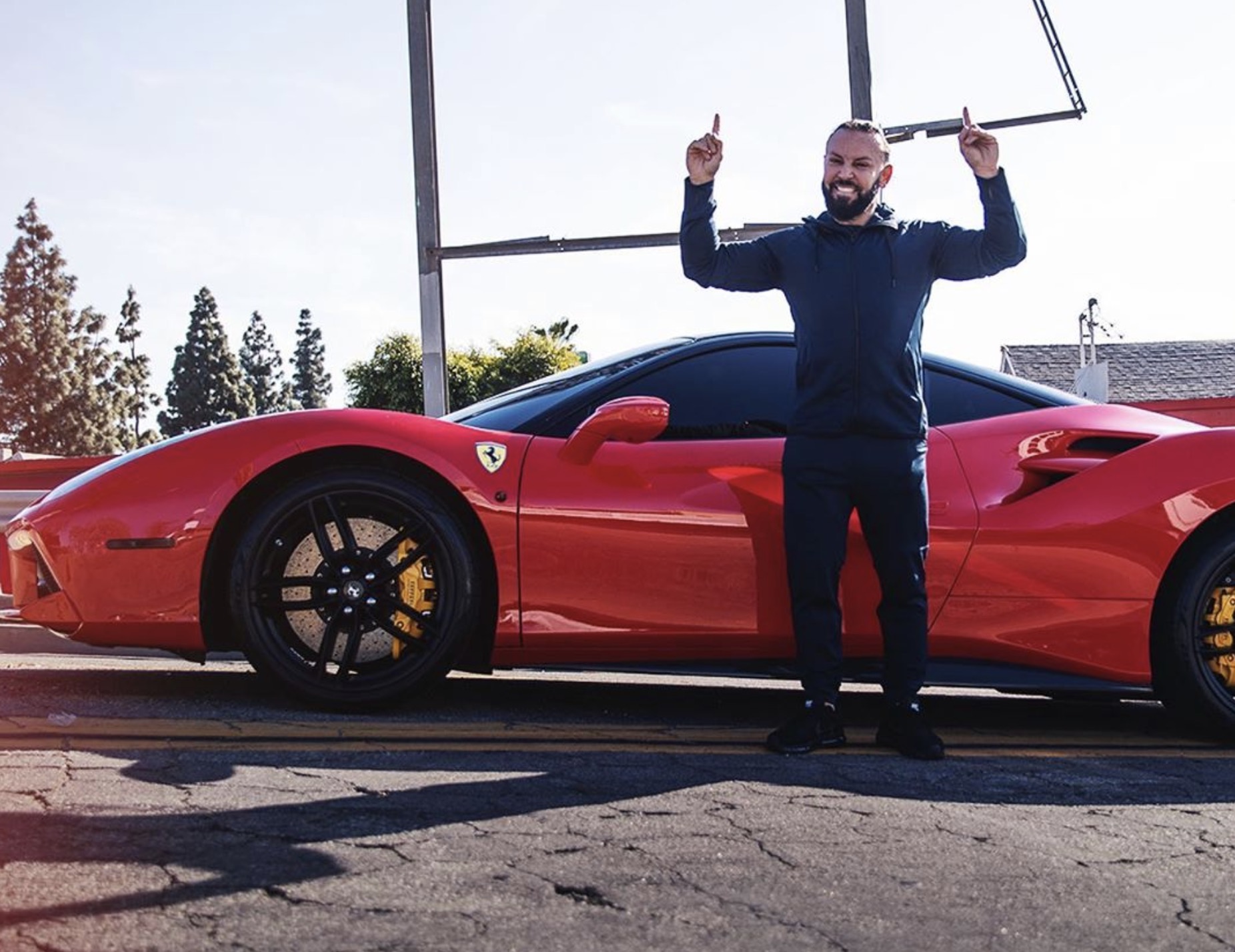 Dr. Saman Bakhtiar, who prefers being referred as Sam, lives in an 8200 square foot $5.2 million house, Sam is a multi-millionaire entrepreneur, the co-founder of The camp Transformation Center, a fitness franchising business and the CEO of One Percent Nutrition – a supplement and nutrition company.

Last year 2018 he made over 54 million in revenue. Being a car enthusiast, his car collection includes the 2017 Ferrari 488, Porsche 911 GT3 RS, the 2018 Dodge Demon, the 2018 Lamborghini Performonte just to name a few and he is looking into acquiring the 2019 Ferrari 488 Pista very soon. This clout, glamor, and affluence was however not handed to Sam on a silver platter. He rose from the ashes to achieve the success he has today. This is the story of how a poor refugee child from the war-stricken country Iran, came to America, making millions and is living the ultimate American dream.

At the age of 11 in 1985, Sam Bakhtiar and his mother packed a sack bag with $500 to their name and left their home country Iran to come to the US as refugees. This was after having to endure living under the conditions of constantly fired missiles, air strikes and bombs from the age of 3. With only one piece of luggage, a measly 500 dollars in their name and no father, the mother-son duo came to the US in search of a better life. Settling in Pennsylvania Sam was safe and no longer feared for his life.

But the hardships were yet to come to an end by a long shot. Sam began working early in his pre-teen years earning as little as 200 dollars after putting in over 128 hours a month. He went from one odd job to another with the hope of saving up enough to buy his childhood dream car which was a Volkswagen GTI.

Sam Bakhtiar’s passion for fitness did not start as a business venture. It all began in school when he wanted to join the basketball team but his scrawny physique did not make the cut. His mother, however, told him not to give up, suggested he join the local boys’ club, start training and try out again the next year. But it was at the gym where he gained an interest in bodybuilding.

At the age of 14, he decided he would become a champion bodybuilder. And this he did, winning first place in every weight class and earning 23 major bodybuilding titles today. In 2008, the US markets were hit by the recession and Sam Bakhtiar was hit hard. At the time, he was a personal trainer running his own gym having started it with a capital of 40,000 dollars, half of which was a loan from his mother.

The success and returns he had enjoyed since 2000 came to a shocking halt with his revenue dropping from 2.4 million dollars in 2007 to about 400,000 dollars in 2009. His house was on foreclosure, his ex-wife was then pregnant with their 1st child, and at that verge of brokenness, the idea of Camp Transformation Center was born with his business partners, Alejandra Font and Luis Font.

Currently, the Camp Transformation Center is a multi-million franchise with close to 110 branches all over the US. This was born from an investment of 11,000 dollars only and an idea to develop a fitness model that would be flexible and relevant in changing times. At Camp Transformation center, the focus is not only on physical fitness but mental fitness as well, with the goal being to assist every client to rise above.

Sam and his partners have watched their fitness concept take their business from their first small crappy location with limited equipment to having world-class fitness facilities. Sam Bakhtiar is also the CEO of One Percent Nutrition supplement company that is quickly gaining traction as the premier supplement company. He is developing his brand by ensuring only the best ingredients are used to manufacture the products, educating his consumers and working with ambassadors who believe in the company’s mission and vision.

Sam Bakhtiar says he is nowhere close to the top of his success. With the growth both the Fitness Franchise and Supplement Company are experiencing, he hopes to develop them into household names in the next few years. Until then, he will keep dedicating himself to transforming lives the best way he can. Lives just like yours.