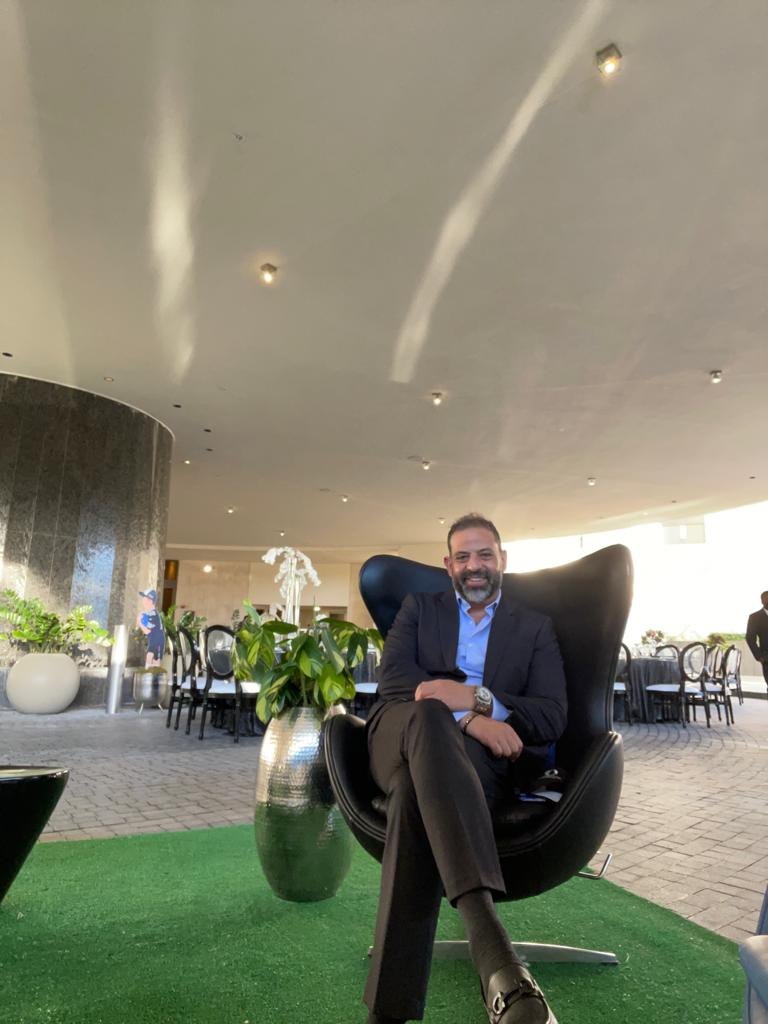 Not a lot of people are able to say that they’ve started up 20 different companies in 25 years, but Simon Atri is one of them. Since he was young, he always demonstrated his abilities of leadership and create a positive impact in his community, this is his story.

At the age of 17 he began to work in his family restaurant as a dish washer, then promoted as a waiter and after 3 years he took office as the general manager of the place. Under his direction, the restaurant won several prizes and recognitions such as La Excelencia prize 3 years in a row, the TOP 20 restaurants for 2 years in a row and the restaurant of the year given by CARNIRAC Association (in Spanish Camara de la Industria Restaurantera y Alimentos Condimentados) and some years later he was chosen as the new president of the association for the Miguel Hidalgo district.

The food and beverages industry has always been part of Simon’s life, at the age of 22 he began his next project called La Taberna de Leon, and a at the same time he opened the bar called Primer Piso, with a brand-new concept at that time. There, people could eat and enjoy a good time with their friends. The following year, Simon started up a new restaurant with a fusion food concept, located in the heart of Mexico City and some months later he opened a place and was a boom for new artists and it became the most exclusive bar of the city.

Although the huge success of his projects, Simon wanted even more and in 2001 he founded Banquetes Atri, currently one of the lead-companies of the event industry in Mexico by exclusively franchise the food and beverages area of the Maguen David Jewish Center. The place is one of the biggest Jewish community centers in Latin America, with more than 500 events organized per year and a variety of services from Coffee Breaks to big events.

In 2010, Simon undertook a new project, CORBEX and built up a corporate dining room in Samara, a big corporation, CORBEX at the beginning provided nourishing food to the workers, 1500 meals per day and then they expanded to other 40 multinationals, providing 25000 meals per day. Simon sold the company to a multinational in 2014.

Simon has also forayed in other industries, in 2012 Simon joined in an ambitious project, the construction of the Grand Hotel in Mexico City, a project he was part for 2 years but due to differences with his business partners, he decided to abandon the project. In 2016, whereas he was giving his consulting services for a company in Miami, he resolved to move there. In 2019 he created his event company One Event Place, becoming the top-of-mind event company in Florida. Also, he decided to create his brand of Tequila, his most recently project that will revolutionize the US market.

As a result of the COVID19 crisis, Simon experienced a big moment in his life after reevaluating his goals and way of life and he realized that it was the suitable moment to help others. It was the beginning of his mentoring and consulting service, with his methodology PUM PA’RRIBA, a method which focuses on the individual and includes relevant topics such as time management, how to set your goals, discipline, a proper balance, changing their mindset.

In Simon’s words, “You must take the risk, if you don’t take it, you won’t know what you are capable of doing”. A good lesson from Simon Atri, a man that took the resolution and the decision to change his life and others, for sure we will hear more about Simon in the future.