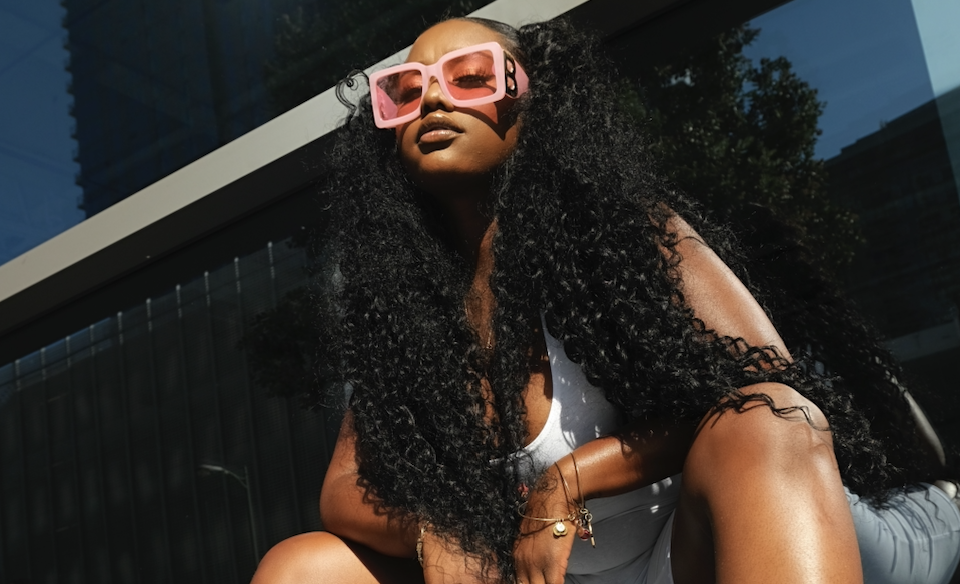 After being in a painful relationship, Simone Kelly knows that love should never hurt. Once not having the courage to live her truth, Kelly now uses music as therapy to speak the words she once silenced. Most recognized as a reality TV figure, Kelly’s passion for music started as an adolescent when she recorded music with her uncle, a former rap group member. Prior to the pandemic, the songstress released an EP, “Up in the Air” full of explorative R&B tracks written on planes while she was a flight attendant for 2 years. Over the course of the next 5 months, Simone will be dropping five records, starting with ‘Time’ in January.

A self-proclaimed open book, Kelly will be deep in her feelings with her new music, saying, “these records are about my relationship with my ex. We got together during COVID but when the world opened back up, I realized we were not as compatible as we thought due to the bubble we were living in.” After changing a lot about herself and lowering the standards of her lifestyle to accommodate his simplicity and insecurities, Kelly knew that it was time to move on. Being a hopeless romantic, she found herself in too many relationships and tried to force them knowing they didn’t feel right. Finding herself being single for the first time in a while, Kelly is using this time to focus on loving herself and making better choices.

When Kelly was deciding on which path she wanted to pursue following her reality TV career, she told her then-boyfriend about an interest in music. After laughing it off and telling her to pursue acting instead, Kelly admits that she will eventually get into acting, but not before she makes her mark in music. As an independent artist, Kelly is most excited to build her fanbase and perform, adding, ‘I want to leave the audience with a more in-depth insight of who I am and the type of artist I am.’ As an independent artist, she hopes to get signed one day, but until the right deal presents itself, she will be in control of her creativity.

As a true artist, she hates to label herself but wants to impact the R&B and Hip-Hop charts. With a sound that is constantly evolving, Kelly expresses, ‘I want [fans] to know I’m figuring out my artistry as I go and want them to grow with me.’ With goals to perform at festivals, get 100k streams on all music platforms, and join a dope artist on tour, Kelly only wants to reach the top if she can bring the people who believed in her from day one.

While Simone Kelly may not be living a picture-perfect fairytale, she finds comfort in being herself and allowing people to see themselves in her. Whether it takes someone

back to a moment in time or gets them through a rough patch, she wants fans to know that they’re not alone. Looking to make a timeless impact with her music on and off the stage, she makes music for women figuring out love and life. This time, Kelly validates herself, and her music reflects that a lot.

Listen to “Time” below and watch the video here.

Related Topics:Simone Kelly
Up Next

COOL BOY BOBBY: THE UPSIDE OF BEING AN UNDERDOG