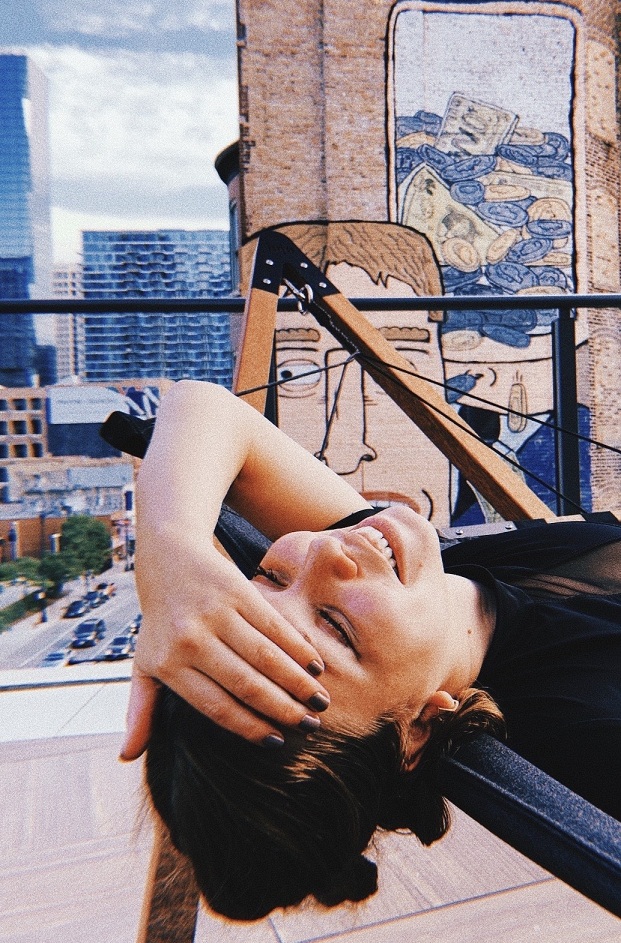 The field of motion design is advancing quickly, and some industry insiders believe that its place in the future of tech will reveal itself to be much larger than initially anticipated. As visual design expert Sofia Garcia explains, “The field has grown so much with the advent of new tech, new platforms, and new mediums,” she says. “Motion design is almost everywhere you look, from movies to TV, from advertisements to social media. There couldn’t be a better time for talented visual designers to take that step and start building a career in this rewarding industry.”

Sofia Garcia is an expert in visual design with an enduring passion for branding and motion. She has pursued a hybrid of both interests ever since she graduated from college. With experience in art direction and graphic design, she creates brands from scratch, taking charge of rebranding, promotional videos, and social media creation.

Her professional career began as an Art Director in Chicago for acclaimed agency Foote, Cone & Belding (FCB), one of the largest international advertising agencies in the world. After a couple of years there, she decided to follow her passion for motion design and transition to the entertainment industry. She moved to LA and began applying for different roles in the field. Since beginning her career in the industry, she has worked with a wide variety of big-name clients such as Netflix, Hulu, StarzPlay, Prime Video, and more. She now works as a motion designer for Sid Lee, a global creative services agency specializing in brand-building, design, communications, and customer experiences.

In some of her most notable work, Garcia served as lead Art Director for Poise’s “Leaked Secrets of Motherhood” project and created motion design pieces to promote the launch of the new Hulu show, “The Dropout.”

Breaking into an Exclusive Industry

Garcia has faced many challenges as an international living and working in the US. “At times, it was challenging to adapt to a new culture on top of building my new career,” she recalls. “It takes a while to find your footing in a new place, but when you’re making connections and searching for opportunities, you need to be confident, clear, and self-sufficient.” She also struggled to break through the hierarchical structure of the entertainment industry. With so many established designers, it can be difficult to find your footing and make your voice heard.

For people starting out in the design field, she recommends chasing your passion. “It can be tough at first, because it’s not the easiest field to succeed at; it takes a lot of effort and passion to get to a point where you feel happy and fulfilled,” she says. Her advice is to try different things, see what you like, decide where you want to be in a few years, and go for it.

Garcia’s work is quickly taking her career to new heights. It’s only a matter of time before she accomplishes one of her lifelong dreams: designing title sequences for Hollywood movies. “I can’t wait to see my work on the big screen, bearing the names of some of my favorite filmmakers, with my name in the credits alongside theirs. I’m not always certain what success means to me, but that would sure feel like it,” she says. Garcia feels that motion design has been a rewarding path that has taught her many new skills and brought her closer to her dreams. She hopes that her infectious passion for the field will inspire other visual designers to try their hand in this promising new industry.

Costa Rica-born Sofia Garcia moved to Savannah, GA in 2016 to pursue a career in motion media. After graduating from SCAD with a double major in Motion Media and Advertising, she moved to Chicago to work as an Art Director for FCB. She has worked with a wide range of major brands, including McDonald’s, Poise, Janssen, Netflix, Hulu, CNN+, and HBO Max. She now lives in Los Angeles, where she works as a motion designer for Sid Lee.

Learn more about Sofia Garcia’s work on her official website at http://www.sofiagarciar.com.

A Way to Improve Work Efficiency with OneStream