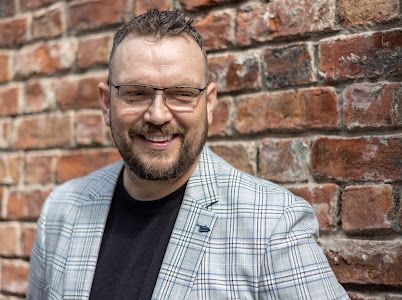 One of the worlds leading TEDx coaches Gary has curated talks with millions of views and prepares you for the red dot like no one else anywhere !!!

Most people don’t know about the man himself though and where he came from.

Gary Doherty was born on June 17, 1976, in Derry and brought up in the neighboring town of Limavady. He is an Irish author, Coach, Speaker, and Philanthropist. He left school and went straight into a regular job in retail. He is a 2 x TED Speaker and has coached many people from idea to delivery, addressing self-limiting beliefs, confidence, idea,preparation, and delivery. Supporting individuals to be the best versions of themselves.
It was his father-in-law and mentor who injected a life-saving drug of self-belief into Gary, believing in him when no one else did. This set Gary on a relentless crusade, like a formula one car with an unlimited fuel tank. He became determined to make a positive change in the world. His early successes included attending university in his thirties and taking on several business development roles. But Gary always had the urge to be more, to do more; serving others is a passion for him, and that is how he found his own true purpose. THINK Network is his purpose.

As the founder of THINK Network, Gary does not have big dreams, he has massive realities. Gary lives a life of “never been done before.”

THINK Network is Europe’s Number One Empowerment platform, specializing in events, Collaboration, empowerment, Motivation, SPEAKING, Networking, Inspiration, Connecting, and Facilitating. As he explains it, “The purpose of THINK Network is to bring people together, connect, deepen relationships and add real value to the world, whether that be through online events, physical events, workshops or private groups. We are on a mission to make a positive change in the world, one connection at a time. We are and we will. We have seen rapid growth over the last 24 months and have some exciting plans for the rest of this year and beyond.

Related Topics:Gary Doherty
Up Next

Make It Happen Says ‘Re-Evaluate Your Understanding Of Sales’

Priscilla Vilchis, the Latina entrepreneur who leads the cannabis market in the United States