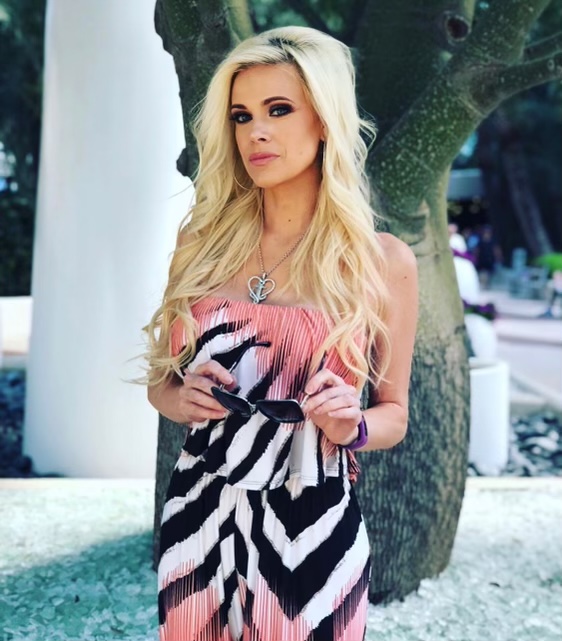 Tisha Vaculin has been thriving in the entertainment industry since age 4 when she first started her modeling career. Having so much success with her modeling career in Salt Lake City and Chicago she decided to make her way to Los Angeles. When she made it to Los Angeles she immediately had even more success in her acting career and starred in several movies including High School Musical, Return to Halloweentown, and Dark Matter just to name a few. Most recently she has started a new venture in management. Tisha started her company ‘Vaculin Entertainment’ in late 2020 and is now managing artists, influencers, and aspiring actors.

Taking the industry by storm, Tisha was born in Salt Lake City, Utah, United States in the year 1978. Surpassing all the milestones, Tisha jumped right into it with her acting and comedian career. She is best known for her work in Wieners (2008), Noir and I Really Hate My Ex (2015).

Tisha was a born star having the whims encarved in the soul of her dreams, she started her modelling career at the age of 4 and went onto be the seventeen magazines October model of the month, at 13.

She is educated in computer science, and holds multiple industry certifications as well. Her professional career includes working with the Hollywood elite, and various celebrities on multiple productions. Tisha has experience working to protect, enhance or build the reputation of SoftDev Solutions through the media.

Her heart thumping lead was seen in the make of Arnold Schwarzenegger’s true life. She continued with many disney movies to check on her luck including Halloween-town and High School musical which were a huge hit.

Tisha reached her heights of success as an online influencer in the year 2018. Tisha has been influencing her followers of the global community for quite a long time now and with the launch of her YouTube channel, etc, she has taken her game to new standards. Her followers on social media platforms are thrilled to witness their favorite influencer on this platform and have shown her all the love and support. It isn’t easy for an influencer to draw their fans from one platform to the other, but the way she has caught the attention of people beyond her reach is truly commendable.

American actress and comedian Tisha Vaculin gets on with the trend and shares her exclusive thoughts on the new Instagram feature titled ‘Instagram Reels’. She feels that ‘Instagram Reels’ is working great for her and is a good way to show off her personality like instagram never allowed before.

Tisha continues to do Comedy, commercials, fitness oriented stuffs, and social media while managing Up and coming talent since 2017. We wish her all the luck and praise for the future

Spring is All About Butterflies Under the Rainbows Makartt