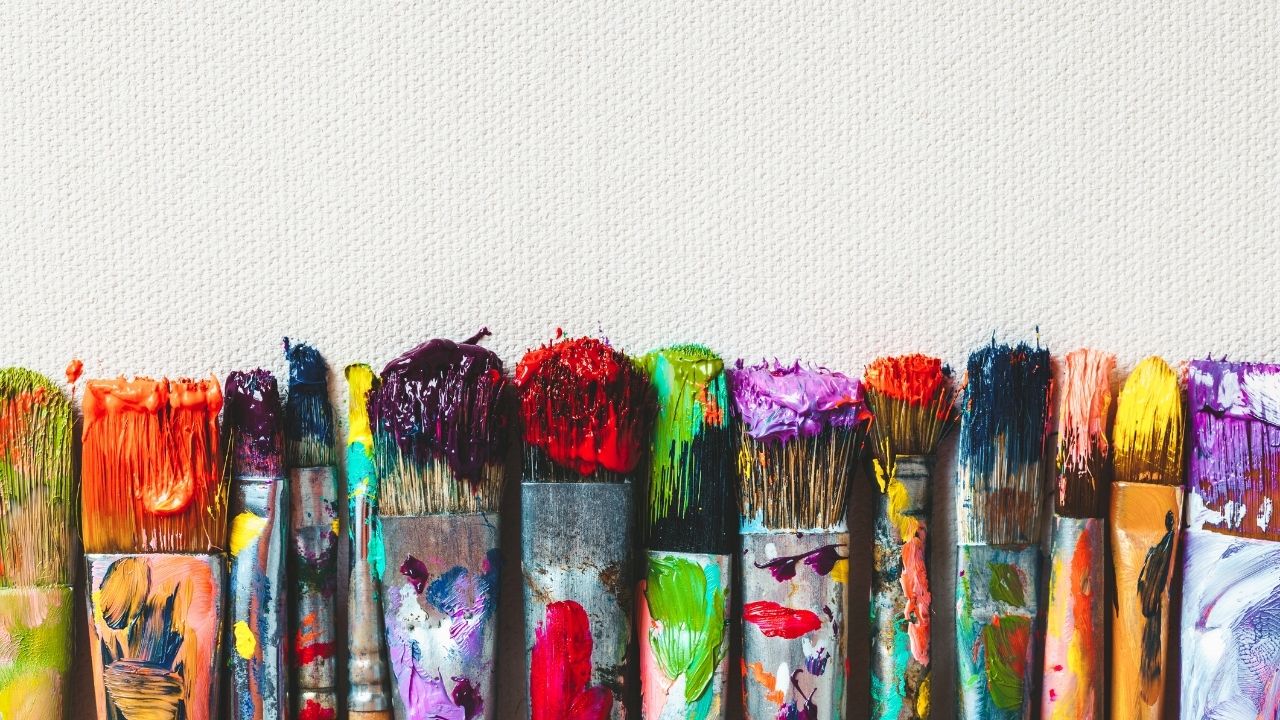 Evolution is an integral part of life. People evolve through several phases, be it personally or professionally; and each change is towards the betterment. Seasoned professional artist Deborah Bigeleisen has evolved gracefully over the years as a conceptual artist painting her bold ideas on the vast canvases of life.

Conceptual art is derived from Conceptualism, which means giving importance to the idea behind the art rather than the aesthetics or the craftsmanship. A conceptual artist uses any material or subject that closely reflects their thoughts and ideas and transforms them into magnificent creative works. The approach has created different types of art ranging from writing to performance and even everyday objects. In Bigeleisen’s case, this form of art is expressed through her larger-than-life evocative impressions of flowers in techniques ranging from realism to abstraction.

Bigeleisen does not subscribe to rules. Though she has a general vision at the onset of a new painting, she experiences many serendipitous discoveries during the painting process that have often taken the finished work somewhere that she never foresaw. “Every painting is a fresh beginning and a new journey; I cherish the unpredictability,” says Bigeleisen. Just like the intricate flowers that Bigeleisen paints, her evolution as an artist has been an organic process sprouting wonder and beauty.

A Seed is Planted: The Original White Rose

When Bigeleisen began painting Rembrandt-like portraits of luminous white roses, she had no idea that the experience would propel her into a world of discovery and creation of a signature style. “The gallery owner asked me to paint white roses,” says Bigeleisen who recalls that the first three roses sold within ten days. “The roses gave a voice to flowers that no one had seen,” she says noting that she was asked to create ten more, then thirty more and so her story began.    “I established an identity for myself that was 100% on point, original, and authentic.”

Growth as an Artist: The Discovery of Fractals

Bigeleisen credits her discovery of fractals for transforming her artistic vision and changing the direction and force of her work.  Always working with a single image of a flower, or a component thereof, she stripped away the mask of the exterior form and magnified the interior thousands of times to depths beyond what is visible to the naked eye. “My subject is no longer simply a flower; it is a dynamic system existing in a chaotic universe filled with energy, turbulence, mystery, and beauty” notes Bigeleisen.

Germinating in New Directions: Sublime Chaos is a Catalyst of Change

After working for more than four years on groups of conceptual paintings in analogous tonalities, tones of grays and beiges, and blacks and whites, Bigeleisen was looking for the next spark of inspiration. Her discovery of fractals had transformed her vision of a flower by progressively magnifying the subject thousands of times to the point of pure abstraction. Never having considered herself an abstract thinker, she bravely began her exploration into non-objective abstract art. She named the journey Sublime Chaos because, at the onset, her vision and studio were in a state of chaos. “I have had many serendipitous events impact my art career. After working in oils for 16 years, making a switch to acrylic paints was a major commitment. It involved turning my studio and my painting process upside down including learning how to manipulate the paint, using different mediums, different brushes, and working on a flat surface instead of an easel,” says Bigeleisen. This transition opened new avenues of creation, stretching her imagination, and magically allowed the abstract to clear a path to new works.

Bigeleisen continued to cast realism to the wind and derived an abundance of joy with her next series which she titled Kaleidoscope. Having interpreted flowers and other natural forms in every style from hyper-realist to non-objective, she began painting without restraint. “As the word kaleidoscope suggests ‘a constantly changing pattern of objects or elements.’ That is my life now, filled with new experiences, new emotions, and new horizons,” she says. Smiling and laughing all the time, she began moving to the music in her studio, mostly musical theater and classical. Her paintings became much freer and more spontaneous. Still implementing the many transparent layers that have always identified her work, she began using broader washes of overlapping colors, and bolder brush strokes. There is a breath of fresh air to her work in the Kaleidoscope series mirroring the positive changes in her life. “The flower keeps us rooted in nature and classical beauty while the geometric planes symbolize the impact that technology and world events have on eroding at our norms. I am working with a predominantly white palette because white is a positive color. It suggests goodness, softness, light, illumination, possibility, and spirituality; qualities we need now more than ever to navigate through these very chaotic times,” reflects Bigeleisen.

Deborah Bigeleisen is an award-winning artist whose paintings enhance corporate and private collections world-wide and are represented by galleries across the United States. Her work has been included in numerous museum exhibitions and has been published widely.  Bigeleisen paints from her Palm Beach studio sprouting joy and wonder with each brushstroke and new canvas.