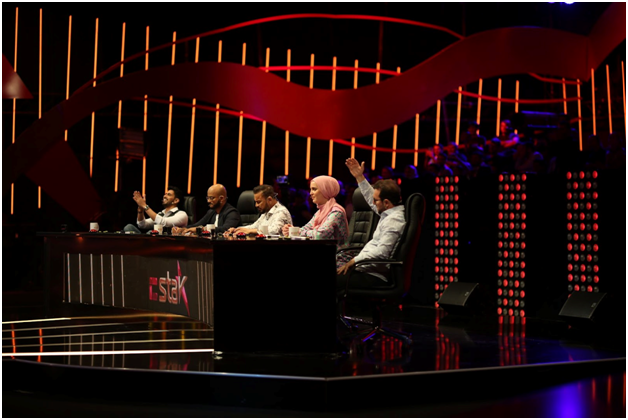 Judging from the content of the movies and TV shows of the past several years, there seems to be a misconception that media has to show violence, nudity, and profanity in order to capture viewers’ attention. So much of what we see is the product of careful calculation from marketing teams, turning music, movies, and TV into products that are intended to sell rather than pieces of art.

So if violence and profanity are necessary to interest mass audiences, are movies, music, and TV shows without those things boring? Can they still capture audiences’ interest?

Recently-launched streaming platform ICTV Network would like you to know that it is very possible to make interesting, engaging media that doesn’t rely on cheap attention-catching techniques. The voice of the network, Salwa-Lauren, explains: “Our vision is to represent and support talents under the umbrella of our international platform for moral-based art…. Our hope is to bring people together and nurture upcoming talent, while maintaining humane and just values for all.”

What exactly is “morals-based art”? She continues: “When we talk about morals, we mean fair treatment for all and upholding ethical standards, while promoting talent. We also mean clean song lyrics and visual content which is suitable for all. The industry is famously cutthroat, artists can get desperate and do anything to sell records. We want to provide a platform that gives talented people a voice to be heard, without them having to compromise their values.”

ICTV Network features all kinds of media: movies, documentaries, music videos, and more. Their recent talent competition show, IC Star, is the perfect representation of what the network is all about.

IC Star is similar in concept to shows like American Idol and The Voice, but created for a diverse global audience of all ages. The judging panel consists of well-respected musicians from all around the world: Salwa-Lauren is from the UK, Humood Alkhudher is from Kuwait, Ilyas Mao is from Canada and Somalia, Najam Sheraz is from Pakistan, and Mesut Kurtis is from Macedonia and Turkey.

The show itself is filmed in Istanbul, Turkey, and while it featured 32 finalists, the process of selecting those 32 was a daunting task. An incredible 60,000 people submitted applications to be included on the show; the judges had to go through and select roughly 0.05% of those people to participate in the competition.

The finalists, like the judges, are talented people from all over the world. Contestants hailed from Indonesia, Pakistan, Syria, Iran, Iraq, Egypt, Zimbabwe, Bosnia, Kosovo, Canada, and more – a total of 28 countries, making the show a true global platform for international talent. The judging panel is an amalgam of incredibly talented individuals who are well-equipped to select and nurture the talented finalists.

For example, Salwa-Lauren is an accomplished singer-songwriter with an extensive musical education; she studied classical piano and vocals and has an Honors B.A. degree in jazz music. For three years, she was the vocal and percussion chair of the National Youth Jazz Orchestra of Great Britain, which allowed her to tour all over Europe and surround herself with equally talented musicians.

She also studied pop vocals with esteemed musicians Stevie Vann Lange and Joshua Alamu and has toured as a singer/songwriter across the United Kingdom, United States, Canada, Pakistan, and Europe. She’s shared a stage with superstars like Ed Sheeran, and has performed for the British government and Prince Charles. Behind the scenes, she’s produced soundtracks for television advertisements and Bollywood blockbusters, and has written children’s educational music.

Regarding her own career, Salwa-Lauren describes her struggle to be heard and taken seriously in a male-dominated industry that focuses so heavily on image. As a judge on IC Star, she’s allowing up-and-coming musicians a path toward a musical career that doesn’t involve those same struggles.

In her words, “Success is determined by how many others you’ve helped along the way”. IC Star alone has, by her own definition, allowed her great success– and her work with ICTV Network is only just beginning.

Wayne Strydom and The Virtulab’s Virtuworx: The Team With Big Ambitions to Disrupt the Remote Work Industry