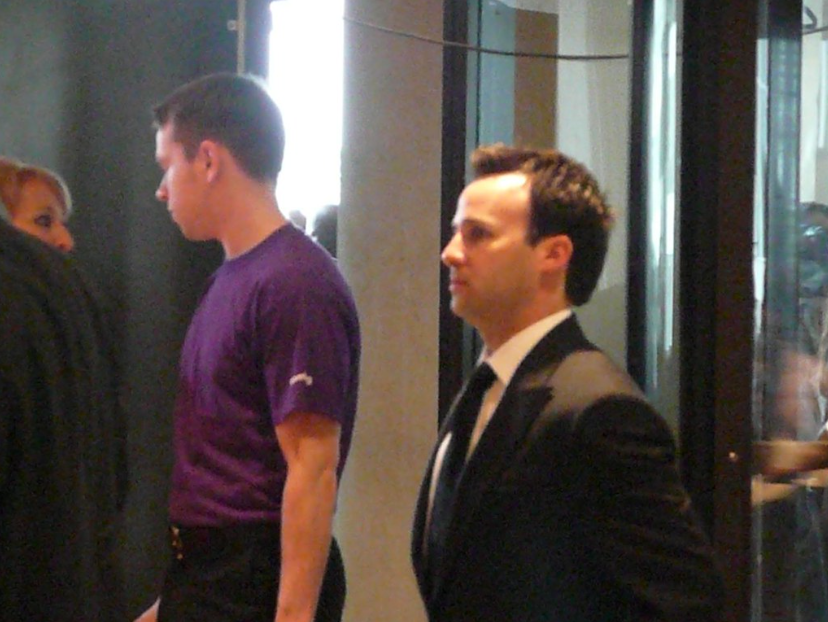 When Danny Strong’s time at USC School of Dramatic Arts ended in the 1990s, he was ready to start his career. He wanted to say that he was supporting himself as an actor and, in time, he did. His first jobs were commercials, small movie roles, radio, and animation work. Nothing earth-shattering, but he was working.

Despite paying his bills with acting work, Strong felt like something was missing. Dealing with rejection and the feeling that he was stuck caused some tension and frustration, so Strong shifted gears. In the years since that shift, Strong has found significant success with his writing, but it was not always an easy journey.

His first screenplay did not get picked up until 2008, when HBO bought his project Recount. This movie focused on the Presidential election of 2000 between George W. Bush and Al Gore, and the subsequent legal battle over the results.

Strong’s next success was another politically centric HBO film. This time Game Change, which focused on the partnership between John McCain and Sarah Palin as they fought for a chance at the White House.

Following his two HBO movies, Strong continued to find success with his writing for the big and small screen. In 2014 and 2015, he was a screenwriter for both installments of The Hunger Games: Mockingjay. Then, in 2015, he began working with Lee Daniels on the hit show Empire,  which ran for six seasons.

Danny Strong has also tried his hand at directing, heading up several episodes of Empire and other television projects. His directorial debut for a full-length film came in 2017. Strong wrote and directed a biopic about author J.D. Salinger titled Rebel in the Rye. His work on this film eventually led to his most recent project, the mini-series Dopesick, which has found major success on Hulu.

Throughout his career, Strong has focused on telling powerful stories from an honest perspective. Whether he is tackling political turmoil or creating a dystopian revolution, he always gives the same level of attention and commitment to his work. His latest project is no exception.

Dopesick, which is based on the New York Times bestselling book of the same name, aims to tackle the staggering tragedy of the opioid epidemic that began in the United States in the late 1990s. Strong has written the series from two distinct perspectives, which serves to illuminate the heartbreak of opioid addiction.

The opioid crisis in the United States was kickstarted by the introduction of oxycontin to the market in the late 1990s. Purdue Pharma, a company founded by the Sackler family, crafted a marketing campaign that touted the drug as a miracle but suppressed any mention of its addictive traits. This campaign was heavily directed to doctors, as a way to encourage them to prescribe the drug to their patients. This proved to be especially devastating for small, rural communities.

Unfortunately, the reality of opioid addiction is one that is familiar to millions of individuals and families in the United States. Telling this story was a powerful and cathartic process for many of the people involved with the project. Production for the show took place in Virginia, where many members of the crew and the surrounding community had been impacted by the opioid crisis. Creating Dopesick was a way to bring attention to a national problem that they felt was under-addressed.

The Hulu mini-series centers on the Sackler family developing and deploying their marketing strategy but also showcases the impact that marketing has on a small town. Samuel Fennix, played by Michael Keaton, is a country doctor who is pulled into the hype surrounding oxycontin and soon finds himself and his patients embroiled in addiction.

Strong’s writing expertly juxtaposes the two points of view in the story. There is no hiding from the danger of Purdue Pharma’s misleading and dishonest marketing strategies when the audience immediately sees the devastating impacts on Fennix and his patients. This contrast was a distinct and intentional choice by Strong.

While preparing to write the series, Strong was horrified to learn just how much damage the actions of the Sackler family caused. Opioid overdose numbers rose by almost triple digits in the late 1990s as a result of their marketing campaign and Purdue Pharma was never held accountable. Strong hopes that shedding light on this story will shift the perspective and serve as a cautionary tale to other places internationally that may be facing similar crises.

Danny Strong’s powerful storytelling has been made even stronger in Dopesick with the work of the incredible cast. Michael Keaton, Kaitlyn Dever, Rosario Dawson, and the others shine in the series. They all work to bring the story to life in a way that is honest, painful, and real.

The amazing work by Danny Strong, as well as the cast and crew, has been widely recognized during the 2022 award season. The show received a Peabody Award in Entertainment and was nominated for a Critics’ Choice Award and Golden Globe, among others.

Related Topics:Danny Strong
Up Next