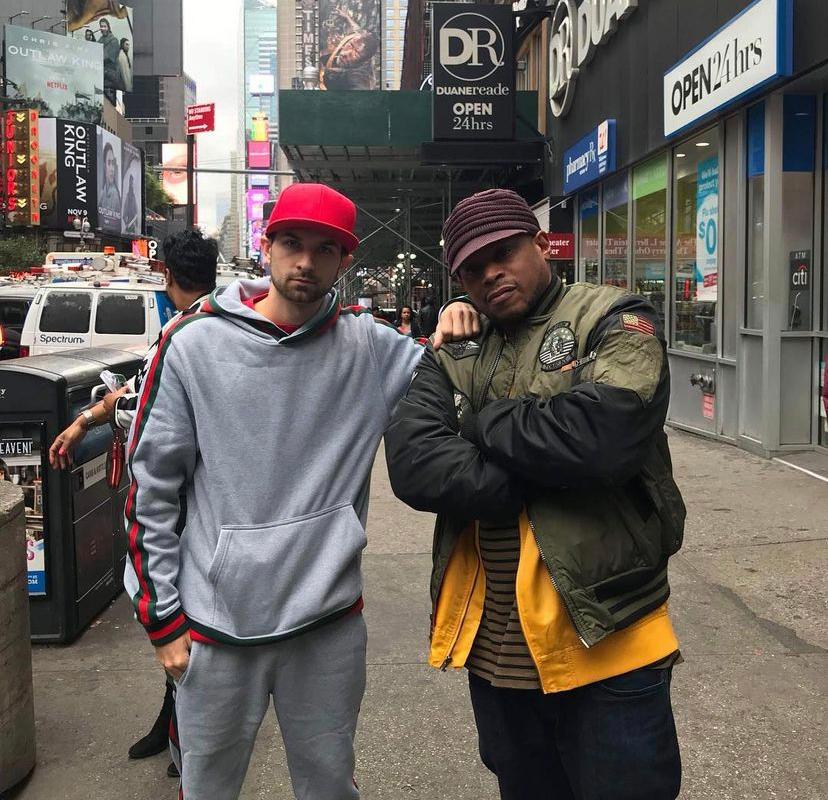 Sway Calloway on Eminem’s radio station Shade 45 was the first person to believe in JoshfromYNC giving him drops for his project to being in time square showing him love and telling the world you never know what Josh is going to do next. The fastest growing young star from Wheeling WV doesn’t stop making BIG moves. He’s success isn’t slowing down its becoming the biggest movement West Virginia Hiphop has EVER seen. Joshua Heatherington also known as JoshfromYNC went VIRAL having over 2.1 million viewers He is up now not just next up Heatherington is a hip hop artist from Wheeling West Virginia. He puts on for the 304 , tells the world Wheeling has talent . Young entrepreneur was Born on September 22, 1993. He has not only made an impact in his small area of Wheeling.

West Virginia but he has also traveled all over the world winning back to back showcases for This is 50 in Queens New York and
Bad Boy Records in Newark New Jersey. He has been touring with a lot of celebrity artists and creating an international buzz that has worked his way up creating attention. Josh has been collabing with industry level artists, such as Yo Gotti, Jimmy Wopo, Mike Jones, Frenchie from Brick Squad, Chingy, Dj Unk, Dizzy Wright and more. Josh has a music video on BET and MTV with Mike Jones, called I’m bout it. He made an appearance on a big tv show called Growing Up Hiphop New York with Jo Jo Simmons .

His grind is unstoppable getting cosigns from Sway, Tim West Wood, Dj Envy, Snoop Dog and many more. He was on Snoop Dog’s Top Ten Underground heat 6 weeks in a row, also had his song played on Snoop Dogs TV show the GGN Network. He was also on Hip Hop nation with DJ Envy breaking his new records all over SiriusXM. Mr. Peter Parker took his record that he made with Yo Gotti and played it on Shade 45 Sirius XM. He also has had interviews with DJ Smallz, Shade 45, This is 50, Mr. Peter Parker, Hip Hop Nation, The Source Magazine, Wamo , Hot 97 ,
Power 105 and more. Josh has also been in the XXL Freshman Magazine over 12 times in row becoming the first West Virginia artist that has been able to accomplish this. All of this has helped him reach various outlets and platforms that are making his career very successful. He has done various shows around the world with multiple celebrity artists, Some of those artists include Cardi B
Funk Flex, DJ Envy , DJ Drewski , Don Q, Safari, Dj Unk, Montana of 300, Jimmy Wopo, Lil Scrappy, Lil Fiz, Cory Gunz, Freeway, Cassidy, Yung from Cali Swag District, Frenchie from Brick Squad, Cardi B, Phresher , Lil Flip, Philly Freeway, Afroman, Fred the Godson, Hypno Carlito, JR Writer, Vado, Waka Flocka, 50 Cent, Dizzy Wright, Hopsin, Chevy Woods, Fetty Wap, Young Dolph , Soulja Boy, Snooty Wild, and the list continues.. His main goal is to be as big independently as he can, unless the right deal comes his way.

He is now pushing his hit single FLY produced by 808 mafia featuring Frenchie from Brick Squad. Josh can be found And Followed on Instagram and Twitter @Joshfromync You tube YNC or all digital outlets Y-N-C on spotify, amazon, google play, pandora, iheartradio, Itunes and more.Check Youtube link here https://youtu.be/05O6QuoSXjI

Related Topics:Sway Calloway
Up Next

Dr. Chris Cole Teaches Fintech and Wealth Management One Person At a Time