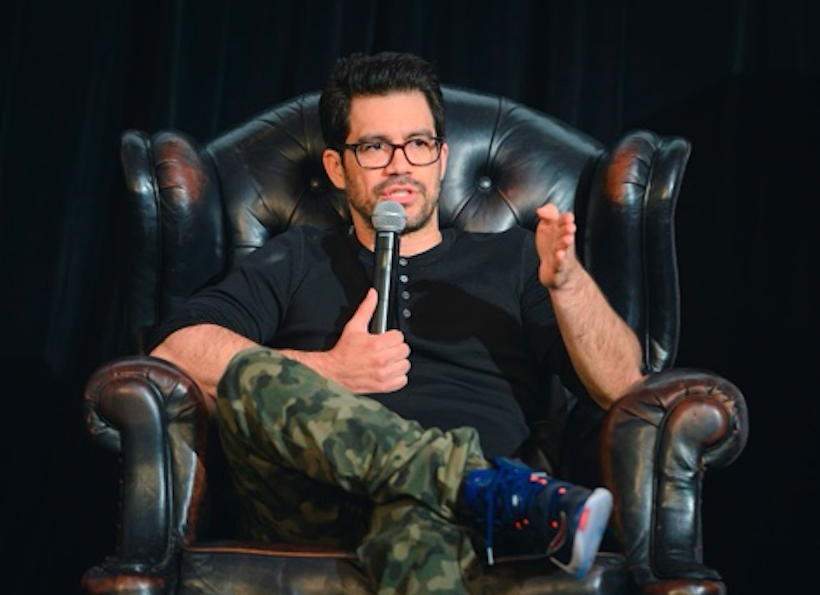 Last night, Tai Lopez went on four hours of a pure nugget-dropping marathon on the new app on iOS Clubhouse, an exclusive, invite-only audio app where participants can move around virtual rooms to discuss arts and culture, from popular TV shows to the state of the music industry, and more.

I dropped in around the second hour and was able to get some intel to take home, including one that I wanted to ask him regarding self-help regarding trauma or anxiety. He concludes the event on that note, which I was happy to hear more about later.

Tai dropped all kinds of mind-blowing information from health and wealth to tax information, and some locations you could find some advantages like in Puerto Rico, the Disrupt Nation headquarters.

The biggest takeaway I noticed was how he was clear that the new app, or at least a variation of the application, would be paving the way for the future for podcasts and events.

Creating a New Platform with Clubhouse

During the night, one panelist asked Tai: Where do you think this platform will lead?

Tai mentioned that you are on camera and sitting in one spot on Instagram Live can take hours of your time, and you can’t move around freely. For example, if you needed to use the restroom in the middle of an interview or an event.

This application [Clubhouse] combines old school methods of just audio with the new school technology of social media. It makes a unique combination that will surely take off as days and months keep going.

The ability to log on and listen without codes email sign-ups is also a significant advantage to consumers. Marketers will indeed find a way to funnel and monetize.

At the moment, no one seems to care or even try to monetize. Many of these influencers are just giving free information and gaining many new followers and fans, which could turn into customers or clients in the future.

They incline to sort of a Gary V methodology of serving and giving on the front end, where eventually, you will, by nature, consume whatever they do in the future.

Tai gave history lessons on society and civilization; that’s how deep this clubhouse event was. Tai mentioned how we, a civilized world, live in such parameters that don’t allow for exponential growth. He said taking an approach to live a bit less civilized could help in winning in life.

A Book to Help Understand and Deal with Anxiety

As I had mentioned before, the biggest question I always have when asking large celebrities and successful people is their advice in overcoming trauma or anxiety, which is huge for me in my life and the lives of my readers.

Though I didn’t get the opportunity to ask, he did mention that out of the 2,000 people at the event; they are more than likely, some of them were having some kind of anxiety in their lives.

He recommended a book titled Anxious by Joseph LeDoux, which I purchased on audible four minutes after the event. The book is written by Joseph LeDoux, a neuroscientist at the Center for Neural Science at New York University. It is meant to explain and prevent the kinds of anxieties that all of us face in this increasingly stressful world.

In a nutshell, Tai Lopez delivered a great talk and allowed many to ask questions and learn from him, which says a lot about his character.

And through the four-hour- long session, Tai managed to promote a new platform that could be beneficial to entrepreneurs and all kinds of people in just a matter of time.

Tai Lopez is an investor, partner, and advisor to over 20 multi-million dollar businesses. Via his famous book club and podcasts, he shares advice on achieving success in health, wealth, love, and happiness to millions of people in 40 different countries.

Considered to be the self-help guru of the online business industry, Tai started on Facebook back in 2008 using the social media platform as a marketing tool.

In 2015, he first went viral after posting a video shot in his garage about how more good books are than Lamborghinis. Later in 2016, he began advising aspiring influencers to shift to using Instagram Stories and Snapchat since these modern platforms have gained power and influence over the public, aside from YouTube and Facebook.

Tai has also appeared on various television and radio shows, spoke at top global universities such as the London Business School and the University of Southern California, and is the owner of one of the top downloaded podcasts and YouTube channels.

As an advisor to multi-million dollar businesses, Tai also created an alternative to the traditional business school known as the Business Mentorship program. It combines the benefits of self-learning and a university degree while cutting off any inefficient methods and insignificant costs.

Related Topics:clubhouseFeaturedTai Lopez
Up Next