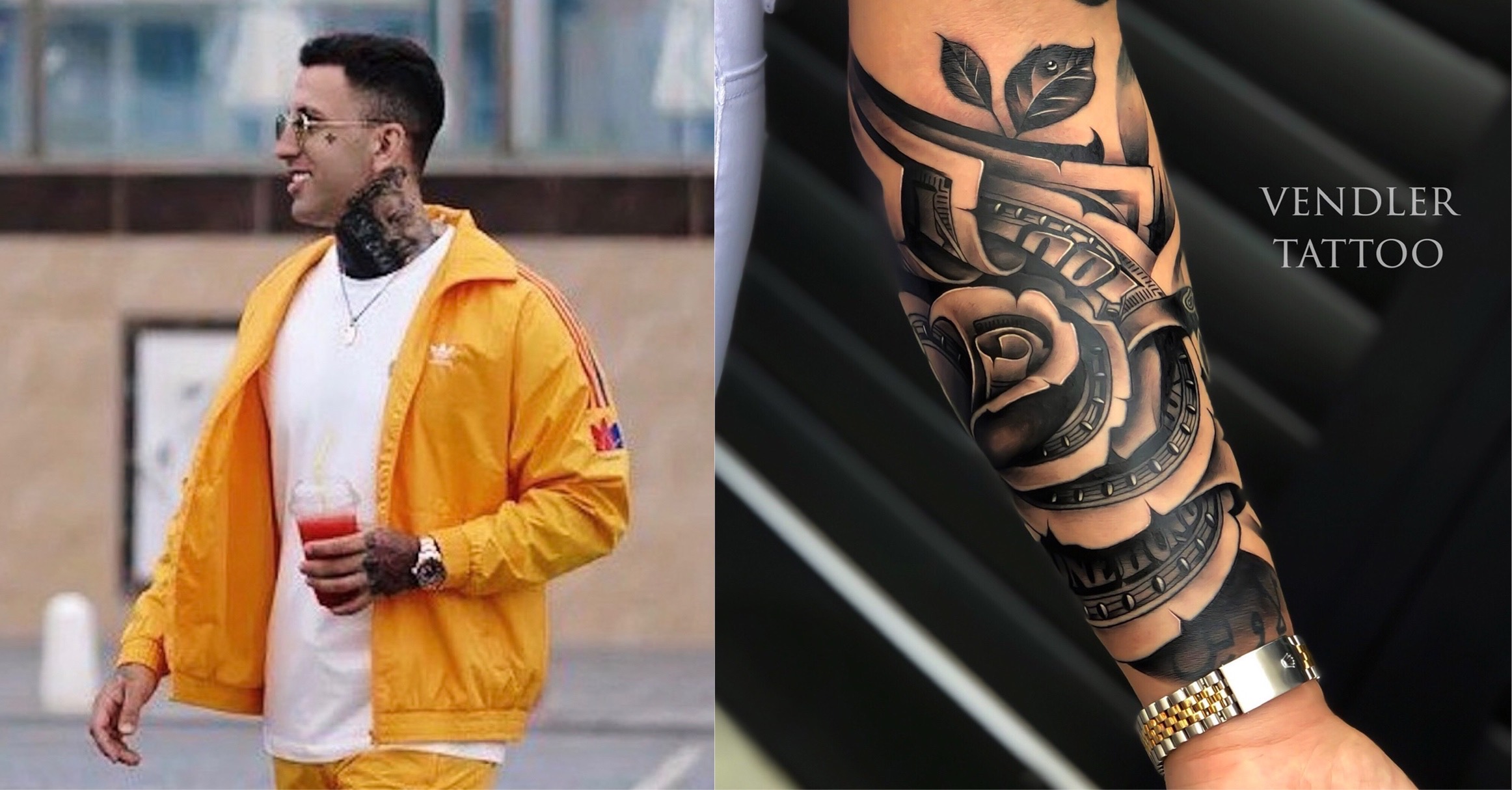 As demand for elaborate and one-of-a-kind tattoos continues to skyrocket, private tattoo artists like Vendler are carving out a niche in this high-profile category that connects them with television stars, movie headliners and iconic sports figures from around the world.

What is clear is that the attitudes surrounding tattoos have drastically changed in the past decade or so.

“There used to be a real stigma surrounding tattoos,” said Vendler. “Most people thought that those getting permanently inked were linked to some seedy and dark underworld. Thank goodness the industry has evolved and now tattoos are viewed as artwork, something people are proud to show off and not cover up anymore.”

Vendler specializes in black-and-gray sleeve tattoos inspired by the rich, urban culture of the greater Los Angeles area with a splash of Chicano art mixed in. This unique fusion , paired with his attention to detail and overall high quality, has created a demand for his work.

“I love what I do,” he said. “It’s great being able to speak with a client about their vision and then provide some of my own style to create a tattoo that uniquely speaks to them.”

Simply following his passion, Vendler didn’t originally set out to be an international tattoo artist, but once his art-inspired sleeve tattoo of a Chicano girl went viral Instagram in 2018, he hasn’t been able to hide  any longer. That piece launched his global, jet-setting career and he hasn’t looked back since.

Demand for tattoos has been driven primarily by the artists themselves, who are better-trained and more creative than ever before.

Vendler mastered tattoo art all on his own. Although formal training isn’t standard, apprenticeships are often viewed as an ideal way to gain valuable experience and learn from more experienced tattoo artists. Vendler isn’t shy about describing himself as a self-taught artist. In fact, he believes that naturally developing his own style enhanced his creativity.

“I never had apprenticeship, but I was committed to learning the art of tattooing. Instead, I spent literally spent thousands of hours observing tattoo artists who were older and already established on social media. I picked a few of my favorites, took what was, in my opinion, the best quality they had and mixed it in with my tattooing. As a result, my style is a fusion of a variety of diverse styles,” he said.

Vendler’s different take on tattooing often created a lot of attention. Before striking out on his own as a private tattoo artist, he worked for a number of tattoo shops…

“To be honest, nothing at all I did was by accident; it was nights of reading books about marketing , perfecting my craft in the daytime.”

He was highly motivated to make a name for himself one way or another, so the ambitious young tattoo artist consistently worked 15 hour days, six days a week for upwards of five years.

His hard work paid off.

Calling his experience unconventional and “kinda crazy,” Vendler said his method led to him developing his own way of taking photos and branding his work. His efforts have been very successful as he continues to receive calls from celebrities from around the world who value his unique outlook and way of tattooing.

3 Things That Make Elon Musk One of the Coolest Disruptors