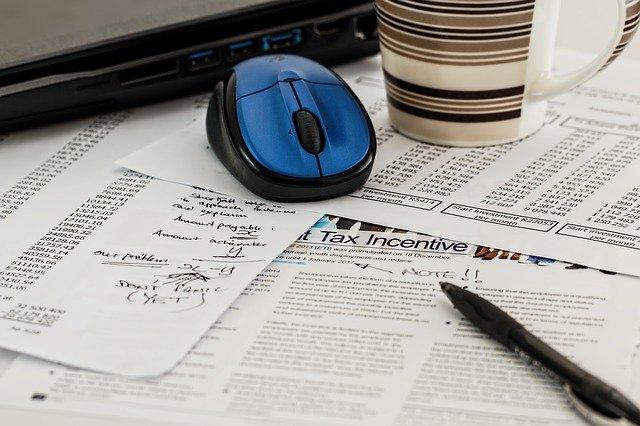 We save all our lives in the hope of retiring in comfort, but Anthony Pellegrino, founder and principal of Goldstone Financial Group, warns of potential cracks in retirees’ nest eggs.

“Taxes will have a much larger role for anyone that’s retiring in the next five to 10 years than any previous generation,” he told Ryan Chiaverini on the April 24, 2021 edition of “Saturday Morning Extra,” a Chicago-area television feature.

Specific to retirees, Anthony Pellegrino of Goldstone Financial Group advises defensive tax-planning strategies. Otherwise, he said, “You could be left with a fraction of the hard-earned dollars that you had to live on in retirement. But the good news is, taxes are still lower right now than they’ve been in over 40 years, and if you take advantage of some of the defensive tax-planning strategies now, it could literally mean a windfall of savings in your retirement account.”

Others concur. Research by Morningstar Investment Management concluded that defensive tax-planning strategies can boost retirement income by more than four percent. As a result, a prudent approach “should always be in the back of your mind when you’re planning a retirement strategy,” as David Blanchett, Morningstar’s head of retirement research and one of the study’s co-authors, told CNBC.

The simple fact is that nearly every form of retirement income, including Social Security benefits and IRAs and 401(k)s, is subject to federal taxation; it will also be taxed in all but the nine states that do not feature a traditional income tax (i.e., Alaska, Florida, Nevada, New Hampshire, South Dakota, Tennessee, Texas, Washington, and Wyoming).

Goldstone Financial Group’s Anthony Pellegrino offered as an example a couple who visited the company’s offices believing they had saved $2.3 million for retirement.

“I could tell by the husband’s comments that this was a check-the-boxes sort of meeting,” Pellegrino said. “They didn’t need anyone’s help. But once we dove into the conversation, we learned that most of the couple’s $2.3 million was in tax-deferred IRAs and 401(k)s. They made the mistake that most people make, which is they were thinking all of this money was theirs. That’s the amount that’s on the account statements. But remember, they still have to pay taxes when they withdraw this money in retirement.”

“They were going to run out of money by age 76,” he said. “It was a huge wake-up call for this couple because they never really saw this coming.”

Particularly noteworthy are the taxes that must be paid on withdrawals from traditional IRAs and 401(k)s — not to mention those due on the pretax/deductible contributions to those accounts, and the gains on them. Moreover, required minimum distributions (RMDs) begin at age 72 for the holders of such accounts.

The solution recommended by Goldstone Financial Group’s Anthony Pellegrino would be to diversify. That means placing your money in a Roth IRA or Roth 401(k) since that money is taxed when it is contributed to the account, but not upon withdrawal — the caveats being that you must hold the account for five years before you can draw from it tax-free and cannot make a withdrawal before the age of 59½ without incurring penalties.

It is also possible to avoid the headache of RMDs by transferring money untaxed from your IRA or 401(k) directly to a qualifying charity, then deduct that donation.

Another strategy is to sequence withdrawals — i.e., withdraw money from taxable accounts before drawing on tax-deferred accounts. CNBC noted that individual taxpayers can be even more precise about the order in which they tap into accounts, given the fact that beginning in 2021, the tax rate jumps from 12 percent to 22 percent for those who exceed $40,525 of taxable income. An individual can avoid the higher rate by withdrawing that amount from any account, whether taxable or tax-deferred, then drawing on a Roth account if the need arises.

Finally, Anthony Pellegrino noted, it is important to consult with a fiduciary advisor. They can gather the necessary information, then determine which tax-saving strategy is right for you.

“This isn’t just saving a few dollars and some simple tax deductions,” he said. “These strategies could help you save tens of thousands, if not hundreds of thousands, in your retirement accounts. We see results like that all the time.”

Making His Way To The Top As A Top RJ In UAE, Meet RJ Vikrant.