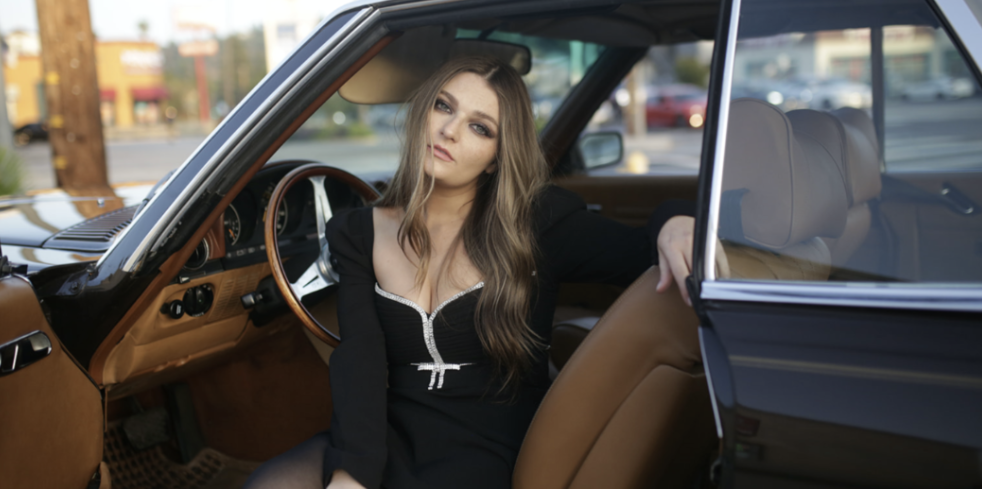 Singer-songwriter Taylor Grey has recently released her captivating new album Twilight Hour,available on all music streaming platforms, which includes recent standout singles “Idiot” and “Ever Knew Me.” The indie pop songstress’ latest album is a deeply personal body of work that explores her experiences with love, heartbreak, and complex relationships. Audiences have gotten a taste of this subject throughout the past months with the recent singles alongside the accompanying music video for “Idiot” which brought back nostalgic vibes of the 2000’s.

Creating an immediate impression on the release the focus track “How The Story Goes” radiates with an extremely catchy melody bolstered by Grey’s vocal performance. This is one of the most fun and up-beat songs on the album about being completely wrapped up in the excitement of a new relationship despite the fact that in the back of her head she knows, “‘nothing lasts forever.” The wistfulness portrayed in “How The Story Goes” will have you wanting to cherish the moment like Grey did in her new relationship.

Every song on the album tells a different story, most of which involves Taylor introspecting on her past, and grappling with those harsh emotions while trying to move forward.

Taylor Grey’s Twilight Hour is an atmospheric and emotional ride that has something to offer everyone whether they are dealing with heartbreak, friendships gone awry, or just trying to find themselves.

Taylor sits down with Disrupt for an exclusive interview below!

Your new album,  “Twilight Hour” feels more grounded than most of your previous work. Has it started to feel like you’ve been putting down deeper roots in your life, too?

Thank you so much! I absolutely have put down deeper roots, and I think that just comes with the territory of growing up. I feel more settled in myself. Don’t get me wrong, I still feel self-conscious and unsure as we all do, but when you’re 21-22, it is so easy to feel lost. I wrote the album over the course of the pandemic, and because there was nothing else going on and I had just graduated college, I had all the time in the world to look at myself – to really think about how I wanted to show up as a songwriter. I healed a lot of wounds and got space and time away from many experiences that I found too raw or confusing to write about before.

Are there specific experiences that drew you into that process?

Definitely. Not to get too deep but I took a good look inwards about my experiences recovering from an eating disorder, struggling with depression and anxiety, learning to radically accept myself, and losing connections with loved ones. The album really feels like a snapshot of my coming of age from adolescence to young adulthood. It’s the time of life where you get hurt more and you realize you are also capable of being the cause of someone else’s hurt. It’s raw and painful, yet insightful and inspiring.

Was that the first song you wrote for this record?

8 whole years! I was getting ready for a zoom session with my producer Mark Siegel and I wanted to bring an idea but nothing was really coming to me. I keep thousands of voice memos on my phone, dating back to 2012, so I searched through the archives and found this idea about a friendship breakup I had when I was 14. I thought I’d take that experience and just write a little something about it, fully intending to never use it. But Mark liked it and we went with the concept. The song really became the catalyst for the idea of the album – writing songs about experiences from the course of my life that I never wrote or finished.

What is a typical day like for you when you were in the recording studio creating “Twilight Hour”?

I collaborated with Mark for the whole album so we really got a great system down. We either worked in his studio in Nashville or a studio in LA. Recording it happened over a course of 10 months, since we recorded different songs at different times. I loved the process because we’d write one day and record the next, it felt very creative and fluid.

On a really basic level, how do you start writing a song?

It definitely depends, but on average for this album I would say it involved me coming up with a small idea, maybe a short chord progression with a concept – a basic lyric and melody of a chorus, verse or both. I’d take it to Mark and we’d just try to flush it out and see if there was anything there. We ended up creating demos for every idea and coming back to some over time and letting others go.

How was it different making “Twilight Hour” compared to your past releases ?

I had a lot more time. Before, I was in school so I didn’t have the time I needed to sit with what I wanted to say and how I wanted to say it. This album really is me sitting with myself for two years and creating something comprehensive and representative. It doesn’t mean I am not proud of the music I have released in the past, it was all part of my journey. This part just feels really right. But who knows, in 5 years I could say the same thing about Twilight Hour. What I love about music is you grow with it.

It seems like this record has a different relationship to time than your earlier work. It feels a lot more expansive, like you might be in dialogue with some of your former selves, or looking out over a bigger horizon. Does it feel that way to you, too?

I’m honored you picked up on that! It is definitely a letter to my past self in many ways. I was writing songs for younger me that younger me could not at the time. And I loved taking lyrics and elements and concepts of songs that I started years ago. There is a metaphor in 8 Whole Years I wrote when I was 14, going through the friendship breakup that sparked the song. And there is a verse in Who Am I? that I wrote while actively in recovery for my eating disorder. It felt really honoring to my past self.

Do you think getting a little older helps?

For sure, I have loved getting older. I hate that aging is weaponized – against women in particular. I was a smart kid at 18 and have always been told I am an “old soul,” but when you’re 18 you simply don’t know what you don’t know. And I know I am going to say the same thing about myself today when I am 30. Growing older is such a luxury so I try to cherish all of my experiences.

Have you found new role models as you evolve as an artist?

Absolutely! Taylor Swift will always be my role model, of course. But now more than ever, I gravitate towards artists who are able to find success and perform but also would be able to go to the grocery store with no one batting an eye. That would be the dream for me.

As live shows come back and you head out to perform this material for the first time, are you thinking about touring differently now?

Because I’ve been an opener pretty much the entire time I have been touring, I have to look at performing a little differently. You’re putting on a show and trying to get people excited for the headliner. So in that way, if I were to get the chance to be an opener again, I’d still have that as my goal. But the presentation may be different. I think I would be more focused on creating an environment where you can really feel the emotion and connection more than anything.

What is your definition of success now, and how has it changed throughout your career?

Success for me has always been when people listen and connect to my music. And of course, having enough of those people listening that you can make a living off of it. I just want to be an artist and support myself with my work, so I can connect with people out in the world who want to listen to my songs and get to perform for as long as possible. At the end of the day, I want to create and have fun.