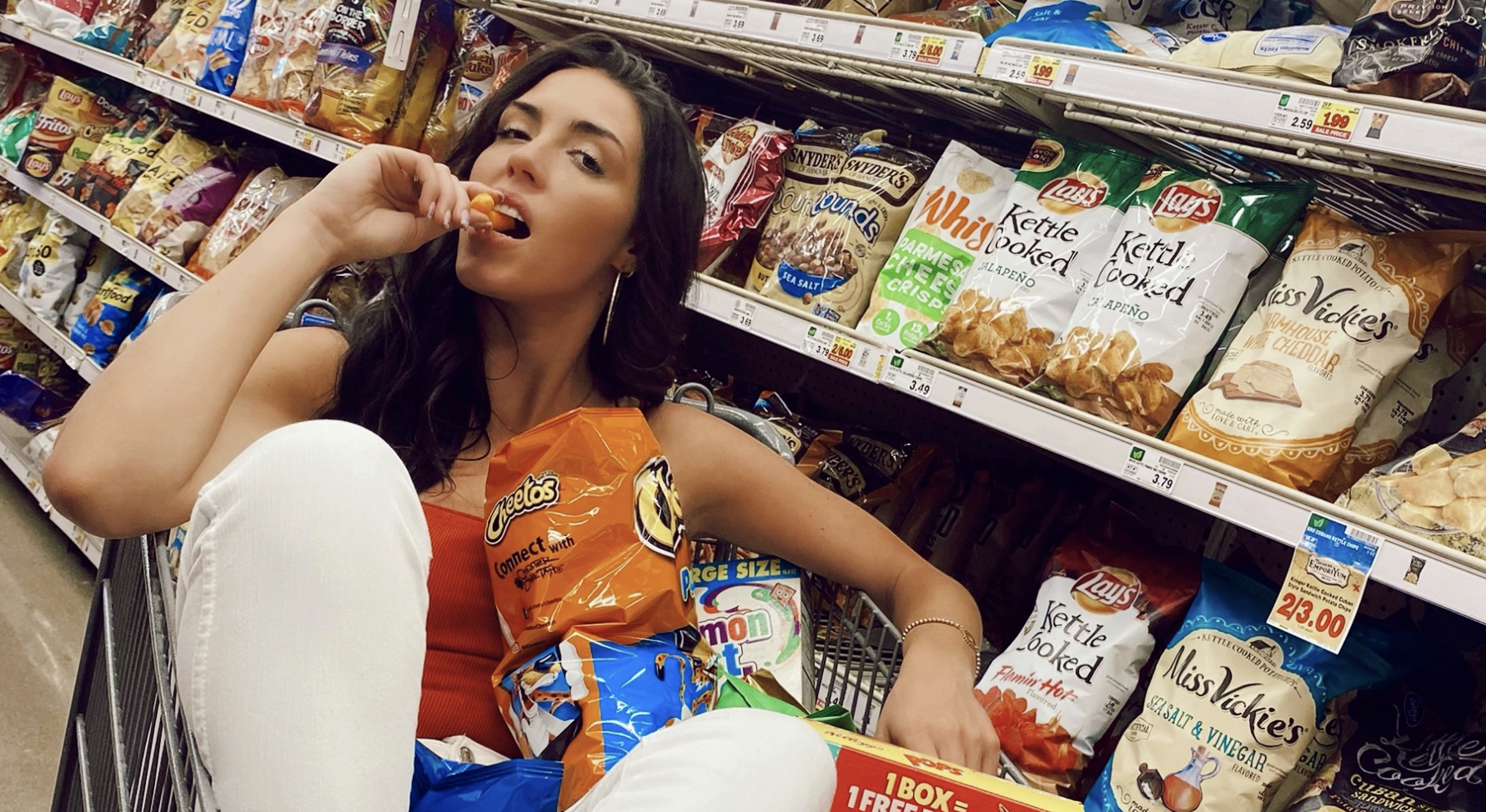 The breastfeeding cat lady is about to drop a single – and it is fire.

You’ve probably seen (or at least heard about) the video of a woman breastfeeding her cat on an airplane. Well, meet Taylor Watson, star of the mega-viral comedy sketch who’s been a TikTok sensation long before any cats got involved. A natural born storyteller with more than 3 billion views under her belt, Taylor is about to disrupt the Internet once again with her new single, ‘That Bxtch’ set to release on April 22nd.

This powerhouse singer blends pop music with sharp-witted hooks and an unapologetic attitude that reminds us of 1989-era Taylor Swift with the edge of a young Alanis Morrisette and we are here for it.

Born into a non-musical family in Denver, Colorado, Taylor became a street performer in Boulder during her high school years ahead of headed to Nashville to hone her songwriting craft under the tutelage of six-time GRAMMY® Award-winning songwriter, producer, and executive Paul Worley.

She told Disrupt, “My earliest memories are of singing into hairbrushes, dancing around my house to records with my mom, and playing with any instrument I could get my hands on. But it wasn’t until high school that I started writing my own songs, and the concept of music being a profession – not just a childish fantasy – started to form as a reality for me. When my eyes were opened to the world of professional songwriting, my entire world shifted. Discovering that there were people who made their fortunes writing songs for other artists, doing the behind-the-scenes magic, and putting their stories in the hands of their heroes to take to the world stage, just blew my mind. Once I started going to Nashville and working with the real pros, there was no going back. Every time I wrote a new song and got all those feelings out into something dramatic and tangible, it was a crazy high. I felt like I was in the right place for the first time in my life. Eventually I figured I would find myself as an artist as opposed to “just” a songwriter. It took 10 years, but I did. I found myself as an artist. And I’m so excited to share that.”

Behind the New Song

With her writing experience in tow (she’s penned Top 10 hits for artists in Canada and New Zealand in addition to original movie soundtracks and songs for various artists in country, rock, and pop genres), Taylor is releasing her smash single ‘That Bxtch,’ April 22nd. A female empowerment anthem about flipping an intended insult on its head, she advocates owning your power and embracing attributes other people might deem “too much” in this fun, poppy banger. Reframing the negative spin that the “b word” puts on being powerful, confident, successful, or outspoken as a woman was how Taylor reclaimed her power over that particular slam, and she doesn’t hold back in encouraging other women to do the same. “Women who are tough in business, stand up for themselves, are passionate about their beliefs and loud with their opinions, are deemed ‘too’ confident, or come across as intimidating are often wrongly labeled. People try to tone them down with insults or make them feel like ‘too much so they will be less. It’s time for women to feel more comfortable saying ‘thank you’ than ‘I’m sorry.’ You’re not responsible for how others perceive you, you are only responsible for you, and you should never water down your power or your personality to suit someone else’s comfort level.”

From TikTok to Songstress

When asked what she hopes her fans will think of the new song, she had this to say: “I hope my fans want to dance to it and feel empowered by it. I hope my people feel fierce and this beat can turn a bad day around. I honestly just hope this makes people feel good about themselves, even in the face of scrutiny. Yes, there is a message, but it’s also just supposed to be fun. Like, who cares if people think you are too much? Do not be less of you, be MORE of you. You are amazing. No one person or one word can take that energy away from you unless you let it. And you shouldn’t let it, not now, not ever.”

Join the conversation and pre-save Taylor Watson’s new single, ‘That Bxtch’ out on April 22nd.

Related Topics:musicPopTiktok Star
Up Next

KingGenius is the talk of the streets in the music industry