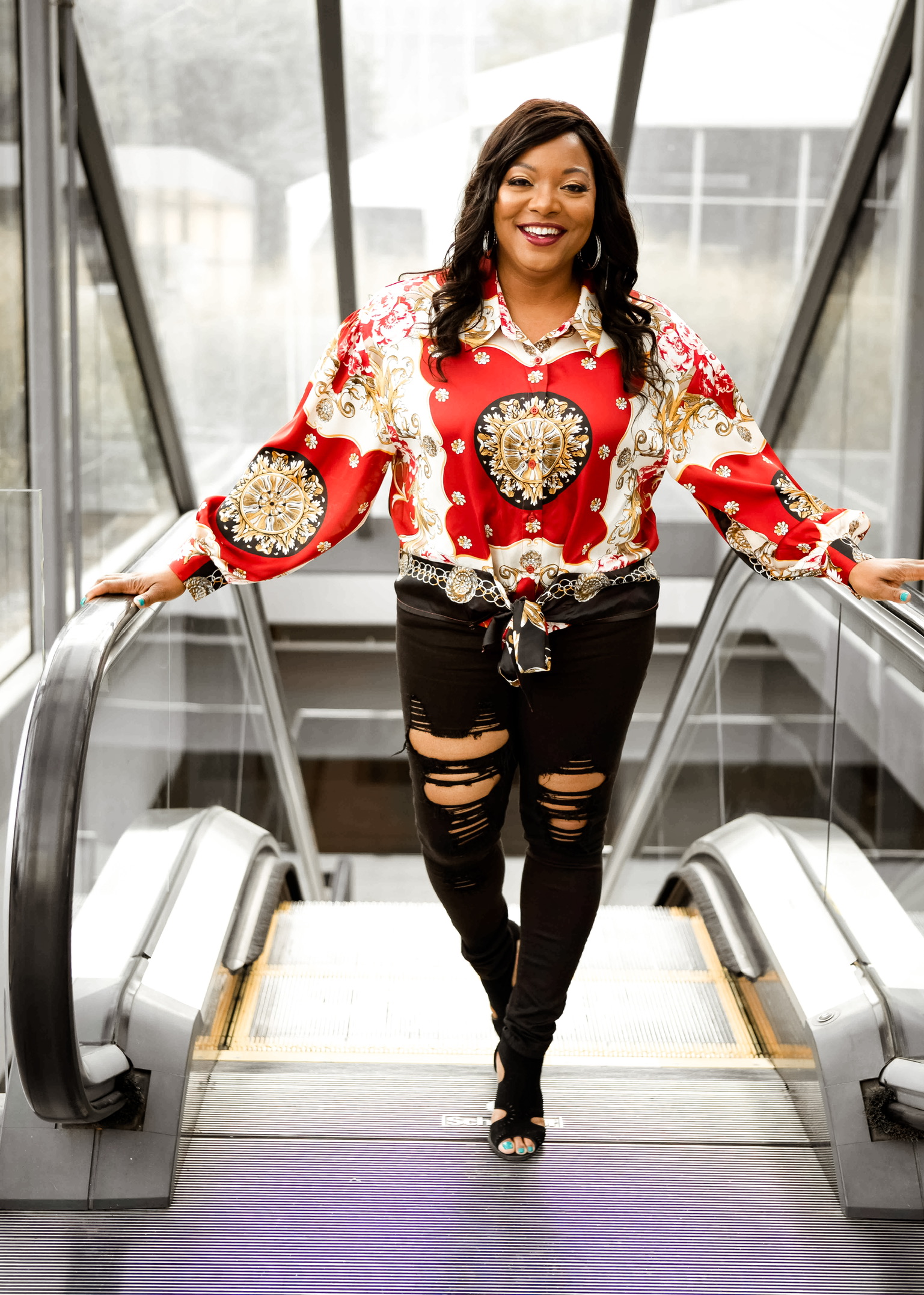 Teri Ijeoma is a woman trader, investor, and teacher. Through her “Trade and Travel” program and online courses, she is able to help thousands of people supplement their income with trading.

Ijeoma has been investing since the 2010 crash. At that time, she was working with a realtor to buy an investment property and had also started building an apartment locating business outside of her job in non-profits. She thought that her work in real estate would lead her to become a millionaire until she learned how realtors actually earned extra money – trading and investing. Ijeoma remembers that her fascination with trading stocks dates all the way back to her senior year of high school, where she attended a program that taught her about stock markets. That year, Google had its initial public offering (IPO) that cost about $83. “I remember telling my Grandma that I wanted to buy Google’s IPO, but we just didn’t have that kind of money,” Ijeoma stated. Growing up without a lot of financial support, she was out of luck.

With her background studying at MIT for undergrad and interning with Morgan Stanley, Ijeoma was somewhat familiar with the idea of trading and investing, though she didn’t have much hands-on experience with it. The lessons and lectures that she gained inspired her to open an Etrade account and begin trading. She initially treated investing as a side hobby alongside her full-time jobs, working on the national team of Teach for America and later as the Director of Volunteers for an afterschool ministry. At one point, Ijeoma was also an assistant principal in an elementary school where she quickly realized that even though she was passionate about education, there are other subjects that she yearned to teach. At the time, Ijeoma also went through a period of despondency where she had just lost a close friend and felt the need to really challenge her lifestyle and career choices, “that’s probably the moment where I felt that life is too short,” Ijeoma comments before she gathered the courage to quit her job, pack her bags, and leave to trade and travel on her own. Little did she know, her decision changed her life forever and for the better.

People started to wonder, “How does she afford this kind of lifestyle?” as she travels all around the world. That question drew people towards her direction for trading advice and tips. “The people that I was traveling with were actually the first people to encourage me to teach!” Ijeoma claimed. Initially, she would book a room at a coworking space in different countries such as Thailand and Vietnam while traveling, before she decided to teach online courses on Teachable website to reach out to even more people worldwide. In 2019, she was awarded “Creator of the Year” on the online teaching website as she gained over 2,000 students worldwide. On top of that, the motto “Trade and Travel” was also birthed as she established her own website called “Invest with Teri.”

Even though she faces some personal challenges in the current climate with the pandemic and political crises that are going on in America, Ijeoma persists in holding her weekly coaching calls and helping her students go through financial uncertainties. “The stock market definitely plummeted because of COVID-19, and everyone was scrambling to figure out what to do,” Ijeoma stated, “Yet shortly after the dip, it started to rise again to all-time highs. With the right knowledge about trading and investing, you still can build wealth safely and effectively.” Ijeoma believes that knowing what the economy is doing right now, in addition to the fundamentals, is highly crucial, especially during the rising rate of unemployment. Through her online courses, she is ready to guide her students step-by-step into facing the unknown.

If you are a current or prospective student of Teri Ijeoma, worry not, as she will help and guide you to safe trading in any economic condition.

8 Self-Made Entrepreneurs On How They Made Their First Million